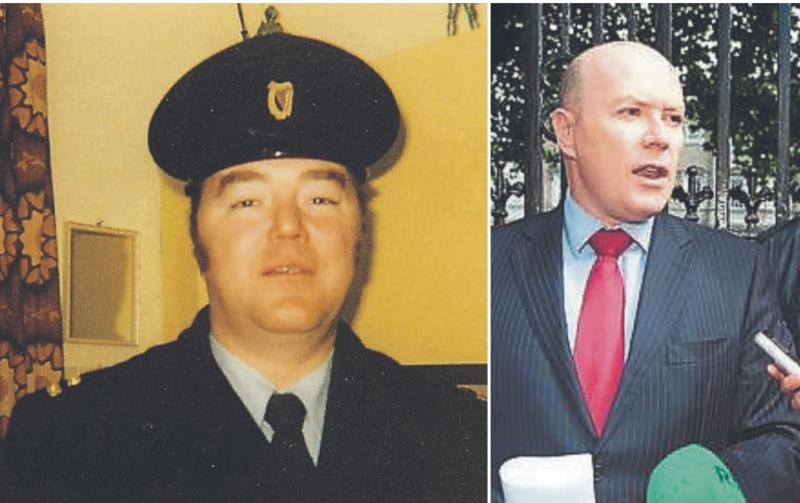 The new series opene with the story of the killing of Brian Stack, the only prison officer in the Republic of Ireland to have been murdered during the Troubles, whose case remains unsolved to this day.

At the heart of this story is a family that has been searching for answers for almost forty years: Brian's son, Austin Stack, who spoke candidly in the documentary about the family's efforts to find and bring to justice the person who killed their father.

On March 25, 1983, Brian Stack was attending the National Boxing Championships at the National Stadium in Dublin.

At around 10.45pm while he was leaving the Stadium and making his way to his car, two men grabbed him by the neck and escaped with them on a motorbike. His brain was severely damaged and he was left without limbs.

It was the first ever armed attack on a member of the prison services in the history of the state. The IRA and INLA issued statements saying they were not responsible for the shooting and despite an investigation, no one was ever arrested or charged in the shooting of Brian Stack.

He died in September 1984 leaving behind his wife and three young sons. The story seemed to have been forgotten until 2007 when the Stack family wrote a piece for the book "Unsolved" by RTÉ investigative journalist Barry Cummins in which many questions were raised and public attention was again drawn to the case.

The following year, the Gardaí's cold case review unit investigating the murder made over 150 recommendations for new lines of inquiry. The family also discovered that fingerprints and a helmet had been found at the crime scene but that evidence had been lost.

In 2013, 30 years after the murder, Brian Stack's son, Austin, contacted Gerry Adams to seek help in finding the truth. Adams facilitated a meeting between the Stack family and an IRA commander in a secret location, where the commander gave them a typed statement admitting that Brian Stack had been killed by the IRA.

Although no one was ever prosecuted, Garda Commissioner Drew Harris apologised to the Stack family for the failure of the Gardaí in the case of Brian Stack's murder. The family wants the State to formally apologise to them.

In this episode of Scannal, his son Austin spoke ecandidly about how the family coped with his father's death, the impact it has had on their lives and the decades of campaigning they have spent trying to get answers and justice for him.

Gardai board train in Offaly to tackle anti social behaviour

The former prison officer Philip Bray, who worked with Brian Stack was also be part of the program and will comment on the life they had as prison officers during that period of the Troubles as well as the journalists Harry McGee and Gormflaith Ní Tuairisg.

Scannal: The Murder of Brian Stack, was screened on September 20 on RTÉ One. It an be watched again on the RTÉ Player HERE.