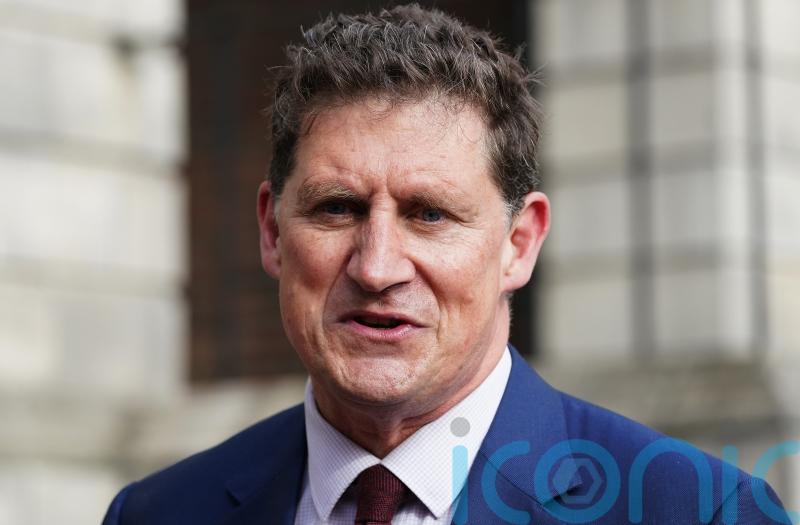 The Environment Minister has ruled out introducing price caps on energy charges this winter.

Eamon Ryan accused Sinn Fein of “following a Tory Government approach”, adding that the approach was not the right one.

He also said that people will not have to go without light and heat this winter.

The Green Party leader made the remarks in the Dail in response to Donegal TD Pearse Doherty calling on the Government to cut electricity prices to pre-crisis levels to help families with rising energy costs.

Mr Doherty said people across the country were afraid because they do not know what is “coming down the road”.

He said: “It’s easy to see why people are afraid. It’s so simple. Just look at what they’re facing: rents are going up, food is going up, energy going up and the fear is especially real when it comes to the extortionate electricty bills that households face.”

Mr Doherty added that people were “absolutely outraged” when they see the “scandalous hikes” in standing charges by “big profiteering energy companies”.

“The government needs to act decisively,” he said.

“You need to cut electricity prices back to pre-crisis levels and kept them at that level to help get families through this winter.”

In response, Mr Ryan said he did not believe Sinn Fein’s plan was the right one.

“It is very similar to what the Tory party are looking to do,” Mr Ryan said.

“In fact, Jacob Rees-Mogg this morning set out pretty much the same policy for Northern Ireland.

“They would benefit most from the approach that you’re suggesting.

“Secondly, as in the Tory party approach, it would benefit the energy industry.

“That is something we don’t need to do at this time.

“What we need to do is to apply windfall charges and actually give that money back to our people rather than providing a cap and a free pass in any amount after that.”

He added that the government would be introducing a range of measures and supports to help households and businesses with rising costs, including energy credits.

Addressing Mr Ryan’s Tory comments, Mr Doherty claimed the Environment Minister had “Tories on the brain”, and that “maybe that’s because you’re in bed with the Irish Tories here”.

The Sinn Fein TD described a price cap for Ireland “as the right choice” because people need certainty.

He said other European countries had introduced caps on energy prices in response to the crisis.

“People living in Newry, people living in Strabane, will have certainty in terms of their bills, so will they in Austria in France and Croatia and Poland and Romania.

“Why? Because this is part of the European toolbox.”

He added: “Your government is asleep and doesn’t recognise the pressures that families are under.”

Meanwhile, Tanaiste Leo Varadkar said there are difficulties around the use of energy caps to curb rising costs.

He described it as a “contract for difference” that is reminiscent of the bank guarantee during the crash.

The Fine Gael leader also said Mr Ryan’s comments in the Dail were a “factual statement”.

“I suppose it’s a statement of fact that price caps is something that the British Conservative government is doing. So I always agree with facts. I know everyone doesn’t. But I agree with facts,” he added.

“I think what Mr Ryan said there was a factual statement. I can understand why people would like to see price caps but the difficulty in price caps is we’ve no idea how high the price of energy will go.

“We don’t actually control that because the oil and gas is brought in from overseas.

“So if you have a price cap, the government has to be willing to say that it’ll pay the amount over the cap, no matter what it is and that, as the Taoiseach said, is a blank cheque.

“It’s a contract for difference. It’s the thing that brought down Anglo-Irish bank. It’s reminiscent of the bank guarantee, and I’d be very, very nervous to go down that road.

“It might be popular for a while, but it might be the thing that brings back austerity, and that’s something we don’t want to ever see in our country again.”