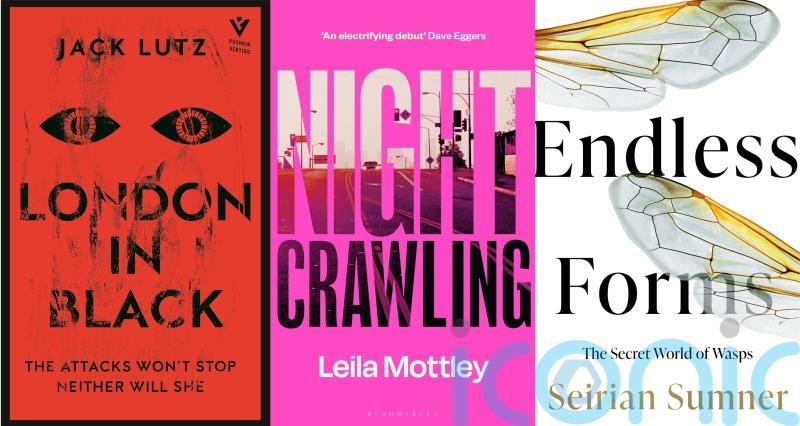 Nightcrawling might be one of the most horrifying books you’ll ever read, but don’t let that put you off – it’s traumatic, but extremely powerful. It tells the story of 17-year-old Kiara in Oakland – her father’s dead, her mother’s in a halfway house, and her older brother is too busy making music to take care of her. Unable to find a job – and wanting to support both herself and her neglected neighbour, nine-year-old Trevor – she feels forced to make money by selling her body. She falls in with a brutal ring of police officers, who treat her horrifically and often don’t pay her. It’s heart-breaking to see her slowly begin to despise herself for what she’s doing, when all Kiara wants is to survive. It’s hard to say what’s more shocking – the fact that it’s based on a true story, or that Mottley started writing it when she was just 17. It’s a tough read, but there are glimmers of hope – particularly in Kiara’s relationship with Trevor. Mottley’s haunting writing will stay with you long after you turn the final page.
9/10
(Review by Prudence Wade)

Two years after terrorists unleash a nerve gas at Waterloo station, the unlucky 10% of the population who are genetically vulnerable to suffering an agonising death when exposed still cower in fear of copycat attacks. London In Black – Jack Lutz’s frenetic debut novel – follows one such ‘Vulnerable’, DI Lucy Stone, as she investigates the brutal murder of the scientist seemingly close to a precious antidote. Tortured by her harrowing memories and fuelled by guilt, Stone relies on ‘Boosts’ to protect her from the nerve gas, but they soon start to lose their effectiveness – adding even more tension to a story that rattles along at breakneck speed. At times over-reliant on the tried-and-tested tropes of police procedurals, with substance abuse, endless twists and heavy profanity abundant, London In Black is nevertheless gripping, evocative and will keep you guessing.
8/10
(Review by James Cann)

This follow-up to Elif Batuman’s highly acclaimed The Idiot picks up the story of Selin, charting her second year at Harvard, and still trying to come to terms with her life, sexuality and ambitions. A steady few months of literature-dominated university life at the end of 1996 becomes a roller-coaster of parties, alcohol and sex, as Selin seeks to find her true identity – helped and sometimes hindered by friends and acquaintances. She wonders if her life could be turned into a novel – and that’s exactly what Batuman has done. After a slow-ish start, the book becomes increasingly compelling, with witty, hilarious observations on life, ranging from serious issues about whether to live according to ethical or aesthetic principles, to the equally serious challenge of finding a boyfriend.
7/10
(Review by Alan Jones)

Heard the one about the zombie cockroach? Seirian Sumner goes where other ecological authors have been disinclined to tread, with her impassioned and often extraordinary defence of the much-maligned wasp. An evolutionary ancestor of the bee that boasts over 100,000 individual species, Sumner patiently lays out her case for this most unloved of insects – showing it’s so much more than just a painful problem at picnics. Consider the Emerald jewel wasp, which manipulates its prey (the much larger American cockroach), by delivering a sting to its brain that effectively enslaves it, enabling the wasp to lead it into its lair. Other remarkable morsels abound, admittedly not all to be devoured on a full stomach. While it’s perhaps a bit heavy on the science, Sumner’s exhaustively researched book ought to be persuasive enough to make you think twice the next time you reach for the swatter.
7/10
(Review by Mark Staniforth)

5. The Breakfast Club Adventures: The Beast Beyond The Fence by Marcus Rashford and Alex Falase-Koya, illustrated by Marta Kissi, is published in paperback by Macmillan Children’s Books, priced £6.99 (ebook £3.99). Available now

Everyone loves a good adventure, right? After young Marcus, 12, loses his favourite football over the school wall, he’s invited to join The Breakfast Club Investigators (BCI). Along with Asim, Lise and Stacey, Marcus is ready to brave whatever comes their way in searching for his beloved ball, which was a gift from his cousin Lola. The case takes them on some daring adventures, with the kids working as a team to find the answers they need. A great story of developing young friendships, delving into some of the issues children of this age group may be facing, and helping them find the tools they need to grow with confidence. It’s a brilliant read – you’ll be left wanting to see where their investigations take them next.
8/10
(Review by Karen Sykes)

BOOK CHARTS FOR THE WEEK ENDING MAY 28

HARDBACK (FICTION)
1. With A Mind To Kill by Anthony Horowitz
2. The Murders At Fleat House by Lucinda Riley
3. Lessons In Chemistry by Bonnie Garmus
4. Lion by Conn Iggulden
5. Do No Harm by Jack Jordan
6. Bad Actors by Mick Herron
7. Book Of Night by Holly Black
8. Elektra by Jennifer Saint
9. Young Mungo by Douglas Stuart
10. One Of The Girls by Lucy Clarke
(Compiled by Waterstones)

AUDIOBOOKS (FICTION AND NON-FICTION)
1. Why Has Nobody Told Me This Before? by Dr Julie Smith
2. With A Mind To Kill by Anthony Horowitz
3. Dissolution by C. J. Sansom
4. Lessons In Chemistry by Bonnie Garmus
5. The Thursday Murder Club by Richard Osman
6. I Wanna Be Yours by John Cooper Clarke
7. Atomic Habits by James Clear
8. The World’s Worst Pets by David Walliams
9. The Couple At No. 9 by Claire Douglas
10. The Man Who Died Twice by Richard Osman
(Compiled by Audible)