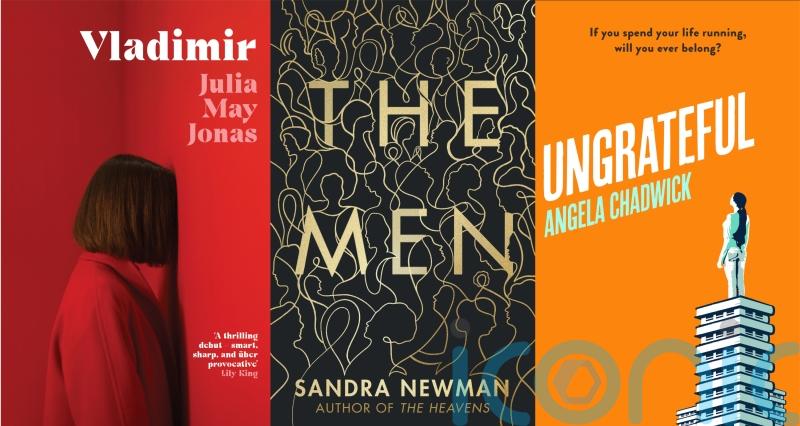 From fantastical children’s books to heart-rending memoirs, take a look at what’s new this week…

Vladimir is an interesting take on the #MeToo movement – told not from the perspective of the survivor or victim, but from someone else. Our narrator is an English professor at a small college in New England, who – despite having an open relationship and knowing about the affairs – is grappling with her husband coming under investigation for historic relationships with students. Things become even more complicated when a new, young professor joins the college, and the unnamed narrator becomes increasingly obsessed with him. While the book initially feels edgy and nuanced, by the end, it veers into melodrama – which somewhat takes away from the realism, and it ultimately feels like Jonas hasn’t quite decided what she wants the book’s message to be. While it’s an interesting, readable and prescient take on issues society is still dealing with, it perhaps could’ve done with a lighter touch and a clearer vision.
7/10
(Review by Prudence Wade)

Ungrateful tells the story of Cat, a woman who missed out on university as a teenager, and now, in a relationship that is comfortable but unfulfilling, finds herself trying to make up for lost time. This is a book that tries to be many things – a tale of second chances, relationships and a social commentary. At times it feels bogged down in unnecessary detail. Cat is a complicated, flawed and interesting protagonist, but some of the secondary characters could do with further exploration. While the reader feels for the plight of some, such as Cat’s alcoholic mother Bernice and her colleague Laura, there is a sense of wanting to know more about their backstories. The novel is readable, but unlikely to stay in the reader’s mind after it is finished.
6/10
(Review by Alison Kershaw)

Feminist science fiction has long been gripped by the concept of a utopian society without men. Sandra Newman’s latest novel, The Men, explores just that. When all of the men suddenly and inexplicably vanish from the face of the earth, a new society emerges, and is unnervingly enthralled by an evolving series of video clips that show the men acting peculiarly in a strange alternate world. Focused on the harrowing, intertwining past and present of Jane Pearson and Evangelyne Moreau, Newman ambitiously delves into disturbing themes of racism, sexual assault, police violence, and coercive control. Yet her wonderful prose is let down by a meandering narrative that seems lost in its own confusion. Jane and Evangelyne aren’t especially likeable, and the purported feminist utopia is thwarted by female violence against trans men and a morally questionable emerging political entity. Add to that a mind-bending conclusion, and you’re left wondering whether you should feel offended, terrified, or beguiled.
5/10
(Review by Rebecca Wilcock)

4. Black Sheep: A Story Of Rural Racism, Identity And Hope by Sabrina Pace-Humphreys is published in hardback by Quercus, priced £16.99 (ebook £9.99). Available June 9

From growing up feeling out of place in a small town, to becoming pregnant as a teen, battling bigots and running ultramarathons, Sabrina Pace-Humphreys’s anti-racist manifesto is deeply personal. A blend of storytelling and direction, Pace-Humphreys shares the darkest lows of her life and the incredible ambition she had to push through them, overcoming her circumstances in a world that tried to marginalise her – while also clearing the way for other black women along the way. This is a brilliant exploration of what it means to be mixed-race in Britain, and how our trauma shapes us. Although sometimes overcrowded, and often too fast-paced, it is an excellent non-fiction debut.
8/10
(Review by Imy Brighty-Potts)

5. Escape To The River Sea by Emma Carroll is published in hardback by Macmillan Children’s Books, priced £12.99
(ebook £7.49). Available June 9

Escaping the Nazis before the Second World War was never going to be enough adventure for Rosa Sweetman. Living in an English stately home with a group of other evacuees, she craves fresh excitement – and she gets rather more than she bargained for when she comes across the Nazis again, this time in the South American jungle. Escape To The River Sea weaves together the hopes and fears of a young girl, giving a fascinating insight into the life of the indigenous people of the Amazon rainforest and the deadly world of international espionage. It takes the reader on a colourful and thrill-packed journey, as Rosa and her young friends battle to thwart the bad guys. The book pays fitting homage to the late Eva Ibbotson, whose own work and life inspired this story.
8/10
(Review by Roddy Brooks)

HARDBACK (FICTION)
1. Lessons In Chemistry by Bonnie Garmus
2. The Murders At Fleat House by Lucinda Riley
3. Lion by Conn Iggulden
4. Book Of Night by Holly Black
5. With A Mind To Kill by Anthony Horowitz
6. Elektra by Jennifer Saint
7. Young Mungo by Douglas Stuart
8. One Of The Girls by Lucy Clarke
9. Bad Actors by Mick Herron
10. People Person by Candice Carty-Williams
(Compiled by Waterstones)

HARDBACK (NON-FICTION)
1. Hope by Tom Parker
2. Why Has Nobody Told Me This Before? by Dr Julie Smith
3. Good Pop, Bad Pop by Jarvis Cocker
4. House Arrest by Alan Bennett
5. Russia by Antony Beevor
6. The Premonitions Bureau by Sam Knight
7. Buried by Alice Roberts
8. Lilibet by A.N. Wilson
9. Life Time by Russell Foster
10. The Queen: 70 Glorious Years
(Compiled by Waterstones)

AUDIOBOOKS (FICTION AND NON-FICTION)
1. Why Has Nobody Told Me This Before? by Dr Julie Smith
2. Lessons In Chemistry by Bonnie Garmus
3. From The Oasthouse by Alan Partridge
4. I Don’t Take Requests by Tony Marnoch & Michael Hennegan
5. The Thursday Murder Club by Richard Osman
6. Sparring Partners by John Grisham
7. With A Mind To Kill by Anthony Horowitz
8. Atomic Habits by James Clear
9. The Man Who Died Twice by Richard Osman
10. The Couple At No. 9 by Claire Douglas
(Compiled by Audible)