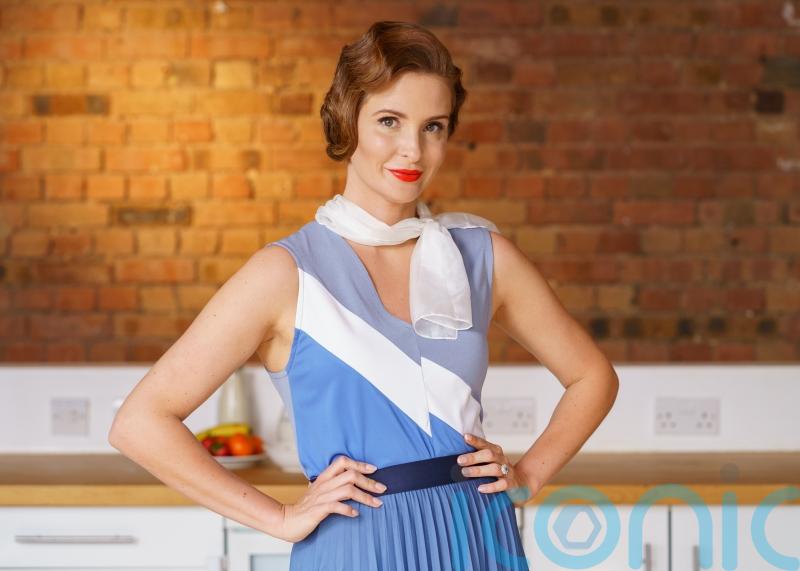 Millie Mackintosh has opened up about the ups and downs of being a mum-of-two young children and the stigma she feels surrounds having caesarean sections.

The former Made In Chelsea star and her husband Hugo Taylor, who also appeared on the reality TV show, welcomed baby daughter Aurelia in November 2021 . They are also parents to Sienna, who turned two in May – so family life is busy.

But a world away from nappies, newborn cuddles and toddler tantrums, the 32-year-old has glammed up to recreate iconic morning scenes from films – like Audrey Hepburn in Breakfast at Tiffany’s and Singing In The Rain – to mark the launch of Kellogg’s Special K ‘Start Good, Stay Good’ campaign. 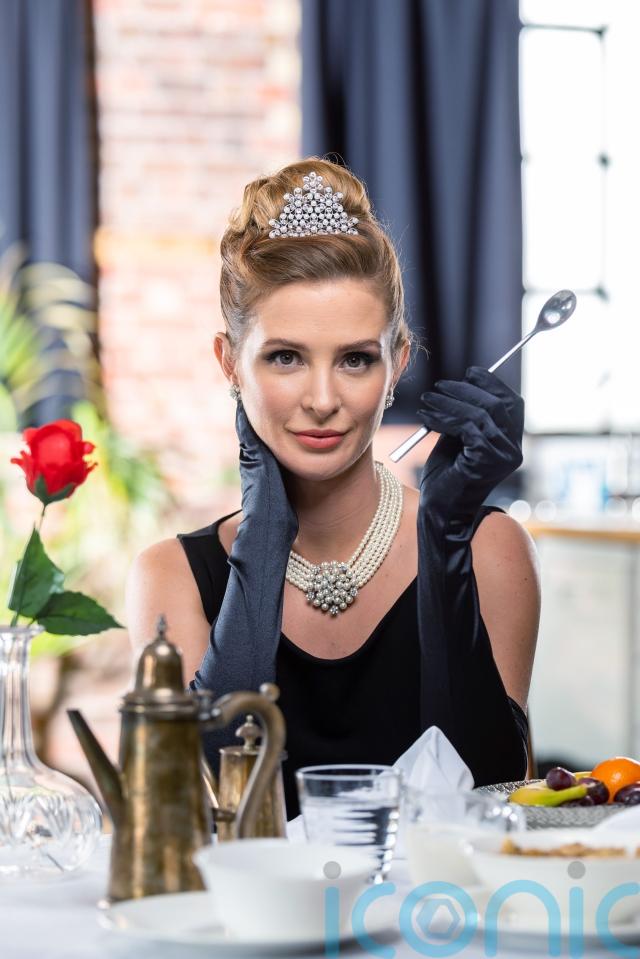 How was the adjustment to being a mum of two – just 18 months apart?

“It’s intense, but I really haven’t found it as big of an adjustment as going from no children to one! I was a bit worried when I was pregnant, [thinking] ‘Oh my God, is it gonna be super stressful?’

“I didn’t find it as difficult mentally at the beginning. [She had the baby blues for six weeks after the birth of Sienna.] But there’s a lot to be said for the fact that it wasn’t all a shock – I knew what to expect. I was mentally prepared in a different way.

“I used a night nanny a couple of times a week in those first months until she slept through the night and that really helped my mental health as well – because too many nights in a row with such broken sleep I would find would really start to affect my mental health. I just knew that, so I was like, what can I do?”

“But Aurelia is definitely very chilled… I think the second child has to fit in more with what you already do with the first child.”

You’ve had two C-sections now. Do you think there’s a stigma?

“I do think that there is [stigma]. I often could refer to my C-section as an abdominal birth because I feel that when people talk about it and they say, ‘Oh, I had a natural birth’, it makes it seem like, OK then, so what’s having a C-section? It makes it sound so unnatural.

“If it’s an emergency it’s a different situation, but [a C-section] can be a very calm and natural-feeling way to give birth. And you are still birthing your baby – it’s just a different way of doing it.

“I feel sad for women who feel very upset if they have always wanted a vaginal delivery and then for whatever reason have to have a C-section and they feel like robbed of the birth they wanted. I just feel like I had such incredible abdominal birth experiences and I think it can still be a really amazing. Your body still grew and birthed that baby – I still gave birth to the baby.”

Tell us about taking placenta pills…

“I know they’re not proven [to have any health benefits] but I’ve spoken to other mums who’ve had the same as me – the first time they were very weepy and upset and emotionally up and down, yo-yoing a lot in the first weeks, and they tried the placenta pills and found it helped them to feel more stable.

“I tried it this time – different companies do it, they come and collect [the placenta] straight after birth and it gets air-dried and then made into tablets. You can have it made into gummies, you can even put it into skin care! But I have to say, I think it did help.”

“[The C-section recovery was] much easier [than the first time]. I just found it like less of a shock to the body. I don’t know if it’s because my body recognised what had happened. I also worked out a lot while pregnant, in a very gentle way, doing lots of Pilates and core work, making sure to use the right muscles. I did gentle weights but with a lot of the focus on core connection. Having a good core connection helps it all come back together afterwards as well. I felt like I was moving around after the C-section the second time easier.

“I started doing gentle strength training again for about six to eight weeks postpartum after I’d been signed off my doctor and my women’s health physio. It’s something that just makes me feel good,  I haven’t been exercising with the goal to be a certain size or a certain weight – it’s more about feeling strong and wanting to feel good in my body and have energy.

“I’ve got back into running – I’ve been going twice a week.”

How do you deal with toddler tantrums?

“I really try to just sit near [Sienna] and just say, ‘I’m here. I love you. It’s OK’. And just let her let it out and just let her know that it’s OK to feel her emotions.

“I don’t say, ‘calm down’ – because you don’t want to be told to calm down when you’re upset. It doesn’t help! So I just try to let her know it’s a safe space, I’m there, and then I find if I do that, [she] comes out of it quite quickly.

“Sometimes I use a bit of distraction, or Hugo’s really good, like [at] doing something silly and then that will make her giggle and bring her out of it as well.

“I think what’s really important is trying to stay consistent with whatever approach that you do take and both parents have to be happy to stick to the same plan, otherwise it’s quite confusing and one person can then derail the whole thing!”

What was your experience of breastfeeding?.

“It’s so difficult. It’s something that I thought would come so naturally but there’s so much that goes into it that I just didn’t know about. It’s not just as simple as breast in baby’s mouth, baby drinks. You [can] get blocked up; [it can involve] doing hot and cold compressors, doing massage, pumping before every feed or after every feed.

“I take my hat off to anyone that does it. But also if you don’t do it, that’s completely fine.

“There definitely is a lot of pressure, I think a lot of people mean well by it. They just want to pass on support and advice which is so nice and there is this amazing community of women and mums out there and I love connecting with them on Instagram.

“But I did feel a lot of pressure, when I said I’m finding it really hard and people [said] ‘Keep going, you’ll get there’. I was like, maybe I don’t want to keep going! It hurts so much.

“Someone did say, ‘Actually, you know, it’s OK to to stop’.  And that was just what I needed to hear.”