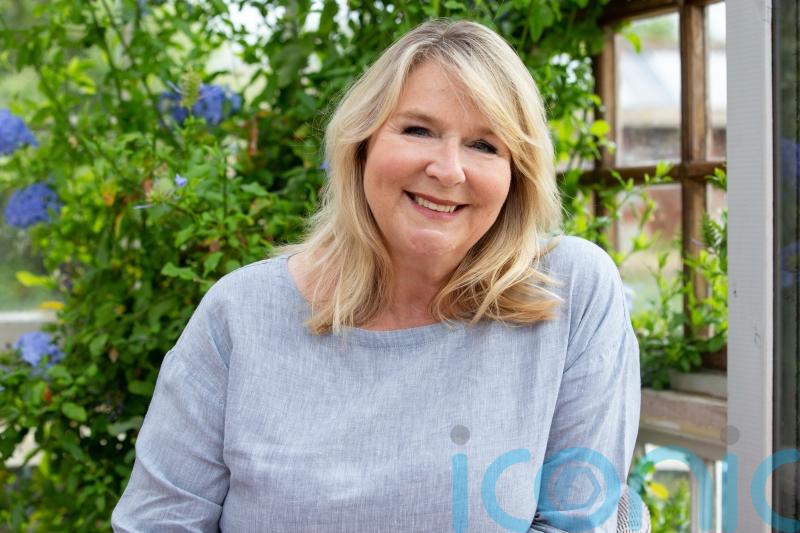 While some people just walked, chatted on Zoom and watched TV reruns during the pandemic, bestselling author and TV presenter Fern Britton was immersing herself in royal history.

The former This Morning presenter, who has lived in Cornwall since splitting from chef Phil Vickery in 2020 after 20 years of marriage, says she hasn’t even had time to unpack all her stuff since moving from the family home in Buckinghamshire.

And now she can’t continue her beloved cycling (she used to do mammoth journeys) because she can’t find her bikes, she confesses.

“The move to Cornwall filled up the house with so much stuff, I can’t find the bikes. I haven’t unpacked fully in the last two years. The garage is still full of boxes, but I’m so busy doing things. There’s more to life than emptying the garage.”

Much of the last two years has been spent researching her latest novel, The Good Servant, a royal tale of fiction with a factual backdrop.

“The pandemic helped because I had all the time and nobody ringing up. It was a pleasure to sit and read and research. It made me want to go to university and do my history degree, which I never did.”

The 538-page tome centres on Marion Crawford, devoted governess to Princesses Elizabeth and Margaret (the current Queen and her late sister) for 11 years from 1936 to 1947.

The story sees Crawfie, as she was nicknamed, become a companion to the future Queen and an important employee until she meets and falls in love with shady ex-army divorcee George Buthlay, 16 years her senior. An alcoholic and womaniser, he is not painted in a good light in this fictional tale.

They were engaged for more than 10 years and she put off their marriage because of her commitment to the job, until Buthlay drew up a contract on her behalf with US publishers Bruce and Beatrice Gould for a manuscript called The Little Princesses, based on Crawford’s experiences, for which she was paid $85,000.

“He saw her as a ticket, which is probably why it got pushed through. We think he made sure she didn’t see or read the contract before she signed it,” she explains.

Britton, 64, writes that Crawford believed the Queen (our Queen Mother) had given her blessing for the book, but as a result of the deal she was ostracised by the Royal Family.

She’s read The Little Princesses numerous times. “Crawfie was a very young girl – 22 – when she took over looking after the princesses. Elizabeth was six, Margaret was two. She was with them during their most formative years and was utterly loyal, beguiled by the Royal Family and was certain she could help the girls straddle both worlds of royalty and real life.” 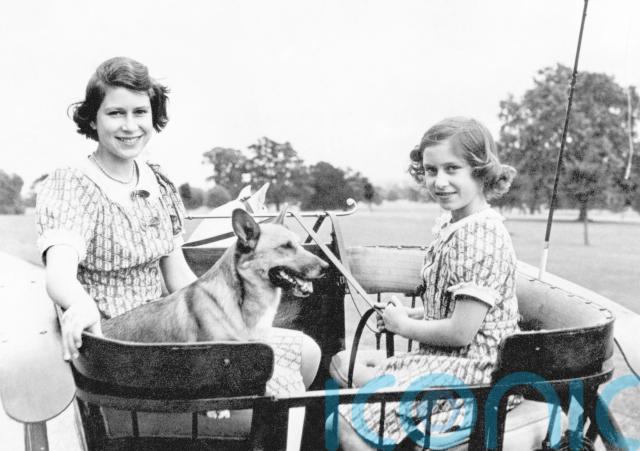 She served them through key moments in history – the abdication, Elizabeth’s father, George VI becoming King, and the horrible realisation at the age of 12 that she would become Queen.

“Crawford shaped our current Queen’s character a lot, in a way that’s hard to estimate. In the end I don’t think she was driven by money or spite, or wanting to be a superstar. I think she did it out of love for the Royal Family to help them get over a sticky moment in history, but it all backfired.”

When Crawford fell out of favour with the Royal Family, her life was effectively over, Britton agrees.

“Her life became intolerable. She became a casualty that everybody knew about. She was scorned by those that she’d worked with, so she resigned from the job after the book came out because all the people she worked with turned their back on her. She left her grace and favour home – the house where Prince Harry proposed to Meghan Markle.”

Of course, some of the book is speculation. It is, after all, a work of fiction. “We don’t know quite what happened. We don’t know if the Queen (our Queen Mother) might have possibly helped things along with the book and maybe the King said no and she had to quickly do a U-turn.

“But the Goulds had worked their way into society so much that they actually did attend a royal garden party after The Little Princesses was published, whilst Crawfie had to stay outside. She was a casualty of it all.”

The book features real-life courtier Sir Alan ‘Tommy’ Lascelles, whose job was largely to keep royal scandals behind the scenes.

“Tommy was the most brilliant diplomat who defused a lot of bombs which were going off in the Royal Family at that time. Princess Margaret called him a snake when he stopped her marrying Peter Townsend.”

While royal scandals may be harder to conceal these days, Britton reflects: “I’m quite sure the men in suits are out and about doing what they can. And it’s not only recently we’ve had royal scandals. They were happening way back then, all through history. Of course it’s different now. Nobody has a private life any more.”

Does she think it’s good that the royals are more accountable now?

“I am a royalist. I think the Queen is fantastic and we’ve just seen these days of love and warmth for the Jubilee. They are doing the job they were born to. It’s a horrible job, very hard. Everybody knows what you are doing all the time. Yes, they live a privileged life on one hand, but on the other it’s a gilded prison.”

She was vocal on Twitter recently when Prince Harry and Meghan were placed apart from key members of the Royal Family in St Paul’s Cathedral during the Thanksgiving service.

“My point was that I was sad that Prince Charles did not have the strength to say, ‘Boys, I want you to sit with me, you are my sons’. Diana would be furious that there was that obvious split and that Harry’s been demoted and he was with his cousins.

“I’m quite sure that was all carefully thought through and discussed, but it was just a shame that a father can’t have his sons together.”

“I take the point that Harry has taken the path he wants to choose,” she continues. “Unfortunate, of course, that the Oprah Winfrey interview ever happened. That wasn’t, perhaps, the smartest thing to do, but when Diana died there was a certain age of women in this country who do feel as if we are his mother and we want him to be OK.”

During the pandemic she lived with her daughters, Grace (from her first marriage) and Winnie (from her marriage to Vickery), while her older twin sons Harry and Jack have flown the nest. 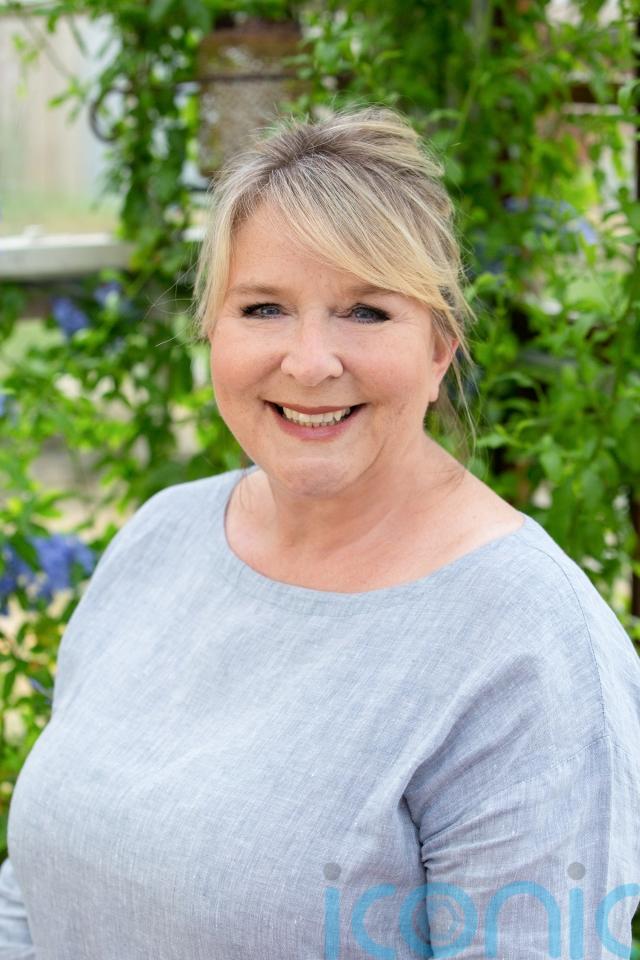 After her split from Vickery and her move to Cornwall, how has she healed her wounds?

“I don’t think I was wounded,” she says rather briskly, batting away the question. “It just played itself out. It’s been fine.”

Now single, she says she has no particular desire to start dating again.

“I’ve got lovely friends and I have a lovely social life, which is quite enough for me. I like to be in bed at nine o’clock – it’s great.”

And she’s not quite ready for grandchildren.

“My grandson is my little dog, a Chihuahua. I’d like grandchildren eventually but I don’t want to force my children into having children just for me. And I’m not quite ready to take up granny duties yet. I’m enjoying my life.”

Another three books are on the cards – she’s currently working on the next one, which will return to Cornwall, a regular setting of her previous novels. And in September she’ll be doing another series of My Cornwall for Channel 5.

With age, her outlook has changed a bit, she agrees.

“I don’t think you carry the burden of youth any more – the ‘Am I pretty enough? Do I look all right in this? Do they like me?’ That all just melts away and you think, ‘Thank God I’m alive! It’s lovely.”

The Good Servant by Fern Britton is published by HarperCollins, priced £14.99. Available now.