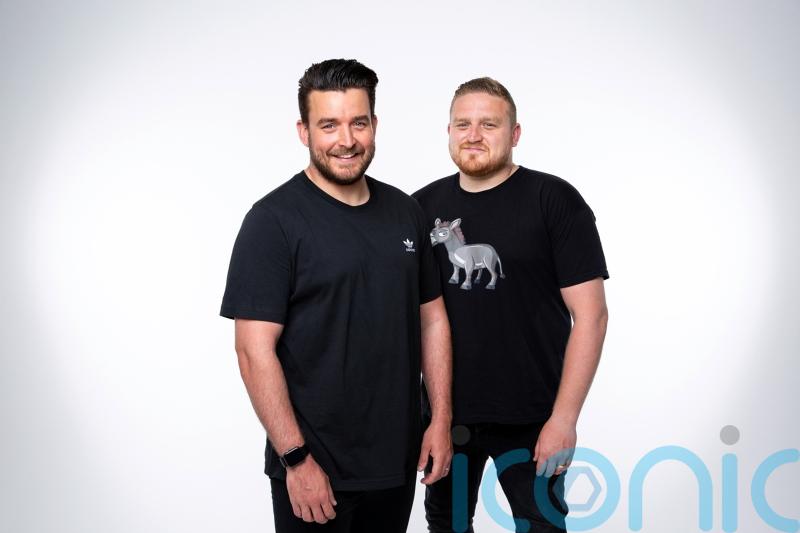 From awkward sex education conversations to tackling difficult parents and receiving backhanded compliments from their pupils, brothers Lee and Adam Parkinson have experienced all that modern-day teaching has had to throw at them.

They launched Two Mr Ps In A Pod(Cast) (2mrpspodcast.com) in 2017, sharing their stories and those of many teachers and school staff who contacted them, gaining more than four million listeners, and went on to stage a live UK tour with hilarious tales from the classroom.

The podcast idea came about when they were on holiday in Florida. “We were sitting in the pool sharing funny stories,” Lee recalls. “I thought, ‘why not?’ Adam’s very funny with his unique view of the world and I thought, ‘let’s record it’, and the rest is history.”

Their first book, Put A Wet Paper Towel On It, was a bestseller, and the brothers, from Manchester, have drawn on more teaching anecdotes and observations for their second, This Is Your Own Time You’re Wasting, taken from personal stories from the podcast and their website.

“No two days are ever the same when it comes to working in the classroom,” Lee, who has been teaching in primary schools for 14 years, reflects. Adam, a teaching assistant for 10 years, agrees.

They hope to venture into TV, having appeared on Steph’s Packed Lunch and This Morning, but in the meantime say there’s plenty of material for a third book.

Here, they offer some of the witty stories they’ve heard and experienced during their time in – and out of – the classroom.

“It’s a staple in primary school when children can show something which is part of their lives. It might be some Lego they’ve built or other random things,” Lee explains.

“It’s awkward for everyone involved,” says Lee. When he asked a class if they knew what a virgin was, one boy put his hand up and asked, ‘Is it someone who doesn’t eat meat?’

They have encountered all sorts of awkward questions children have written down anonymously for staff to answer, including: Why are condoms flavoured? And, can nannas still have sex?

“We call it ‘teacher burns’. I saw one the other day, which said, ‘Miss, I just love how your grey hair shimmers in the sunlight’,” Lee recalls. Adam adds: “You have some children who know more words than others. A teacher got in touch and told me she bought this lovely sparkly summer dress, which she wore to work. She walked into the classroom and a child said, ‘Miss? Who do you think you are? Lady Gaga?’ The teacher never wore that dress to school again.”

Lee remembers: “I use a lot of technology in primary school and I’m very conscious of teaching internet safety. I do a lesson around filtering and how easy it is for people to manipulate photos. To do it, I take a selfie and use an app where you can make adjustments. Then I put two pictures up on the board and say to the children, ‘Can you spot the differences?’

“They are brutal. They say, ‘You’re not as fat, your eczema’s gone. It went from being a really useful lesson, to me crying in the staffroom afterwards.”

Adam adds: “Being a heavy set man makes you an easy target. A cute little girl, around six years old, came over to me in the playground and said, ‘Mr P, can I tell you a joke?’ I said, ‘Course you can’ and she just went, ‘You!’ and ran off.”

“‘A lively member of the class’ means they don’t sit still, while ‘they are very organised’ usually means they will tell me what I’ve forgotten,” says Lee.

“The one that you want is, ‘They’ve got a great sense of humour’. Teachers drop comedy golds, which most of the time go over children’s heads. If you can find one child who gets your banter, it’s great,” he adds.

The brothers agree there are plenty of interesting characters among the parents of the children they have taught – and their online colleagues agree, as is illustrated in the book. It’s clear that teachers have to be resilient when they face some odd parental exchanges.

One parent sent a letter criticising a teacher for giving a rude word as a weekly spelling. The word was aerosol, but the child had written it down incorrectly.

In another incident, an angry parent wrote an aggressive note in a reading record, furious that her child had been given 1/10. What she didn’t realise was
that was the date of the entry on the reading record, not the mark.

And a third was informed by a parent that their child wasn’t given enough time in class to grieve the loss of their wobbly tooth from their mouth.

“One of the worst ones I got was a full-length mirror. It was as though the children were saying, ‘You need to take a long hard look at yourself,” Lee recalls.

“In my first year as a teacher I was given so many bottles of wine – and I don’t drink wine,” he continues. “So I had to subtly drop a few hints in. There would be maths problems where I’d be saying, ‘Right children, if Mr P’s got 10 beer bottles that he really likes to drink and he drinks six of them because they are so nice, how many are left?’”

Adam recalls one teacher was sent a graveyard ornament – an angel with flowers on it – which said, ‘You will be missed’. “It seemed more of a threat than a present.”

And Lee received a card from a pupil at the end of one term which said, ‘Sorry you are living’, a spelling slip-up which left them roaring with laughter. 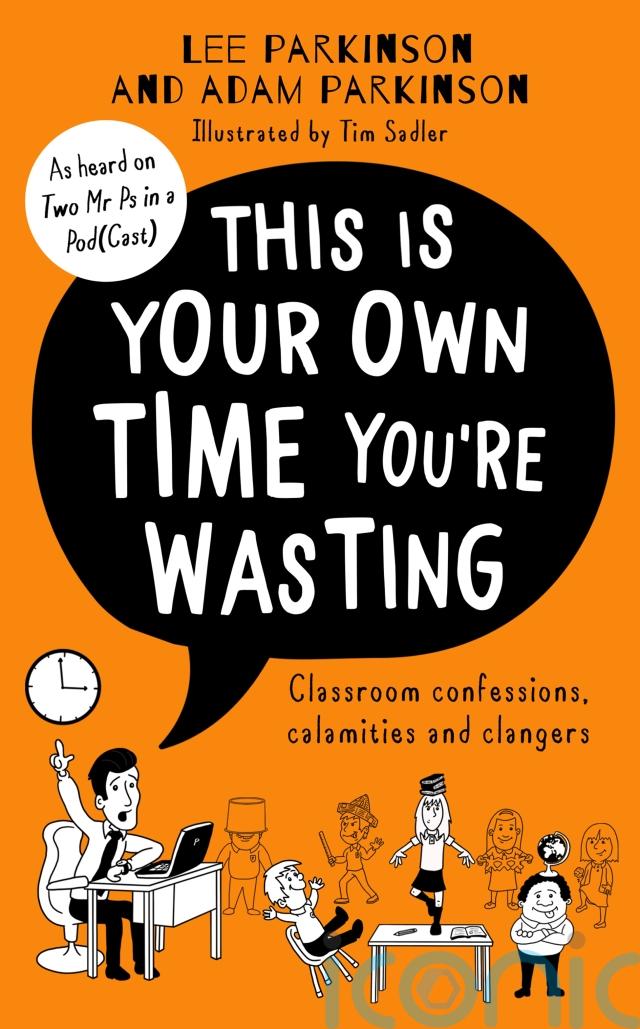 This Is Your Own Time You’re Wasting by Lee & Adam Parkinson is published by HarperCollins. Available now