Chrissy Teigen is expecting: How to navigate pregnancy after miscarrying

Chrissy Teigen has announced she is pregnant.

The 36-year-old posted a selfie of her growing baby bump on Instagram, with the caption: “The last few years have been a blur of emotions to say the least, but joy has filled our home and hearts again.

“One billion shots later (in the leg lately, as you can see!) we have another on the way. Every appointment I’ve said to myself, ‘Ok if it’s healthy today I’ll announce’ but then I breathe a sigh of relief to hear a heartbeat and decide I’m just too nervous still.

“I don’t think I’ll ever walk out of an appointment with more excitement than nerves but so far, everything is perfect and beautiful and I’m feeling hopeful and amazing. Ok phew it’s been very hard keeping this in for so long!”

Teigen and her husband John Legend share two children, Luna, six, and Miles, four, and the news comes after the couple suffered a pregnancy loss at 20 weeks in September 2020. At the time, Teigen called the miscarriage “the kind of deep pain you only hear about, the kind of pain we’ve never felt before”.

Ruth Bender Atik, national director of the Miscarriage Association (miscarriageassociation.org.uk), says: “For many women – however early their loss was, or late their loss was – pregnancy after a loss can be this tremendous pendulum swing between hope and terror. So there are usually very high levels of anxiety. And that’s understandable, because once you’ve had the rug taken out from under you once, I think a lot of people say you lose that innocence, joy and pleasure that you had in a pregnancy, because you’re waiting for things to go wrong.”

Navigating pregnancy can be even trickier when other people might expect you to be ecstatic about the news, but you could be navigating some really complicated emotions. Other people “do expect you to be happy and to be relieved”, Atik agrees. “They do say things like, ‘I’m sure it’ll be fine this time’ – although it might not.”

In Atik’s experience, people who have suffered loss “want people to understand, and ask the question, ‘How are you doing?’ And perhaps say, ‘I imagine you might feel anxious at times’ – but not to push it, in case actually they weren’t until you said something”.

If you’re experiencing any issues with your pregnancy, see your GP or your midwife. But if you’re anxious about navigating pregnancy after loss, there are some things you can do that might help…

Recognise that your anxiety is normal 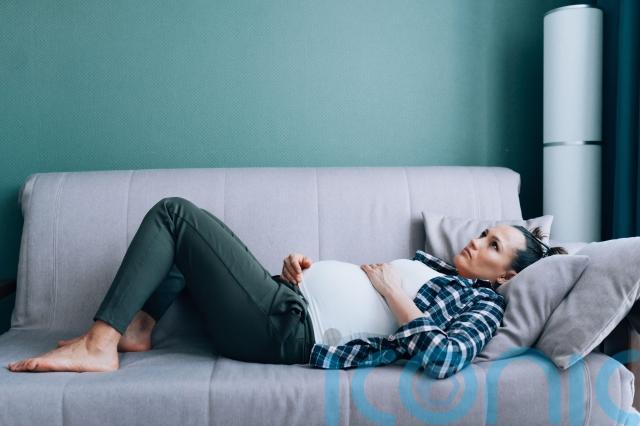 “I think what’s really important is, first of all, to recognise the anxiety you’re feeling is completely understandable,” says Atik.

“So don’t beat yourself up about feeling anxious, especially if you think that anxiety is going to make matters worse, or is going to endanger your pregnancy – it won’t. So that’s the first thing – to say to yourself, of course I’m feeling this way. That’s normal, it’s understandable.”

“Find support from people who understand,” she advises. “That might be family or friends, it might be a supportive nurse, or doctor, or midwife.”

Atik also mentions the Miscarriage Association’s staffed helpline (01924 200799), and its closed Facebook groups for people who are pregnant after loss – one for people in their first 13 weeks, and another from 14 weeks on. Atik says these groups are places where you will get “a huge amount of support and understanding from others who totally get it”.

If your mental health is really suffering, you can call Samaritans free on 116 123.

Atik admits “it’s difficult to avoid triggers” – particularly as for some people, it might be as simple as checking their underwear when they go to the toilet, “So just getting up in the morning and going to the loo can be a trigger”.

She continues: “I think the honest answer is, try and avoid the triggers that you know, but bear in mind, they may just come out of the blue.”

Atik recommends exploring what coping mechanisms work for you, saying: “For everyone, it will be different.”

When managing your wellbeing throughout pregnancy after loss, she adds: “Think about things that you can do that will help you through. It might be in the morning saying, ‘I’m still pregnant’. For everyone, it’s always going to be unique.”

Other things you could try might be pregnancy yoga, journalling, mindfulness, positive affirmations, or hobbies that bring you a bit of joy.