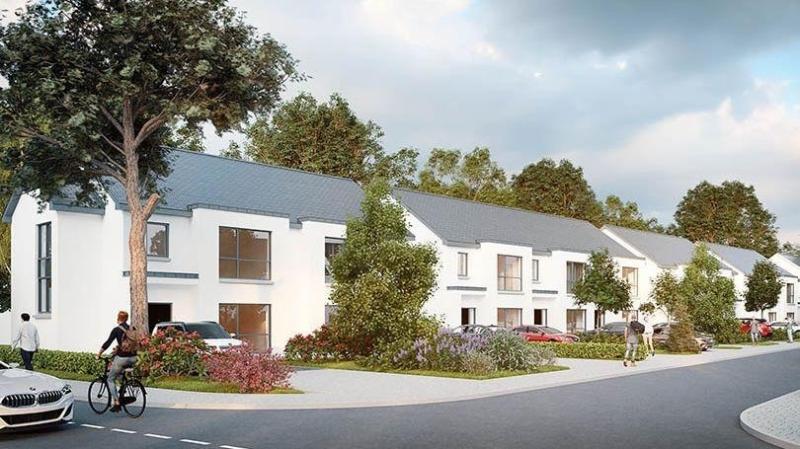 Woodfield Manor, Newcastle West, where Limerick councillors asked that no more than 10 social houses be brought to market

THE COUNCIL has been criticised by elected representatives for not delivering on a promise of a set amount of affordable homes in one County Limerick housing estate.

The issue was raised at a meeting of the Newcastle West Municipal District this month, where the local authority’s Housing Department stressed to councillors that “the biggest problem is supply.”

Caroline Curley, Director of Housing with Limerick City and County Council outlined that the Housing for All delivery plan for the district of Newcastle West between 2022-2026, is 198 houses, including 36 for this year.

Cllr Michael Collins, FF, took issue with Woodfield Manor, Newcastle West, which under the proposed delivery plan, will deliver 30 of the 36 homes coming to the market in the district in 2022.

“Caroline, I was adamant and so was Cllr Scanlan and Cllr Ruddle, that we didn’t want 30 council houses in a scheme and that is the way it is shaping up and I am not happy with that,” he said.

Cllr Collins stressed that it was “too many in a small area.”

His colleague, Cllr Jerome Scanlan, NP, said: “This isn’t about the three councillors here, this is about the residents. We got a clear commitment from your predecessor Aoife Duke. There was uproar over there at the 30 houses that appeared to be going for social housing.”

Cllr Scanlan outlined that councillors and the council’s Housing Department “came to a consensus” that eight to 10 social houses would be acceptable.

“We went back to the community and the community accepted that. We need to get 19 people approved for affordable housing here, this is the agreement,” he added.

Cllr Tom Ruddle, FG, reiterated the agreement with residents that there would be 19 affordable type houses rather than social houses and that councillors must “go with the wishes of the people.”

Caroline Curley, in response said: “I will look to see if we can. If we manage to pull that off the target for social housing delivery will be down. I don’t want to hear you giving out to me if we pull it off.”