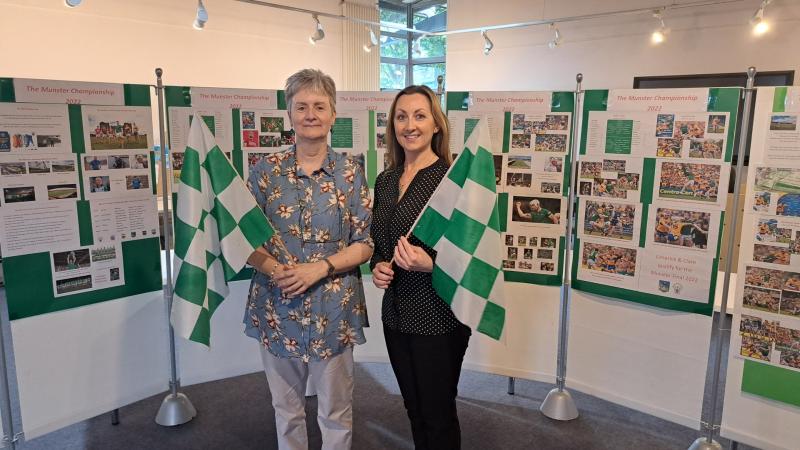 Margaret Griffin, a librarian at Limerick Library in Dooradoyle along with the help of other staff members created the 2022 Road to Croke Park exhibition to celebrate the Treatymen’s success.

“It’s full of team pictures, team line-ups and the success the team have had in winning the three in-a-row this year. There’s a panel on each of the matches they played in the Munster Championship and then the semi-final and a couple of panels about Kilkenny,” Margaret commented.

Margaret believes that the team’s success has been a great boost to the county and that it was a joy to watch them win the three in-a-row.

The exhibition which takes over an entire section of the library also features team line-ups from the Treaty’s 1940 and 1973 wins with information about the matches that led to the finals in those years.

The exhibition has been an almost yearly feature at the Dooradoyle library since 2018, the first time the Limerick senior hurlers were in Croke Park for an All-Ireland final since 2007 and is a great way for kids and even adults to learn the history of the two teams featured in the final.

“The exhibition will be up in the library until the children go back to school in September and it is lovely to see children understand just how lucky they are that they are witnessing the Limerick hurlers in this current era,” Margaret said.