Fifteen great films to watch on TV this week 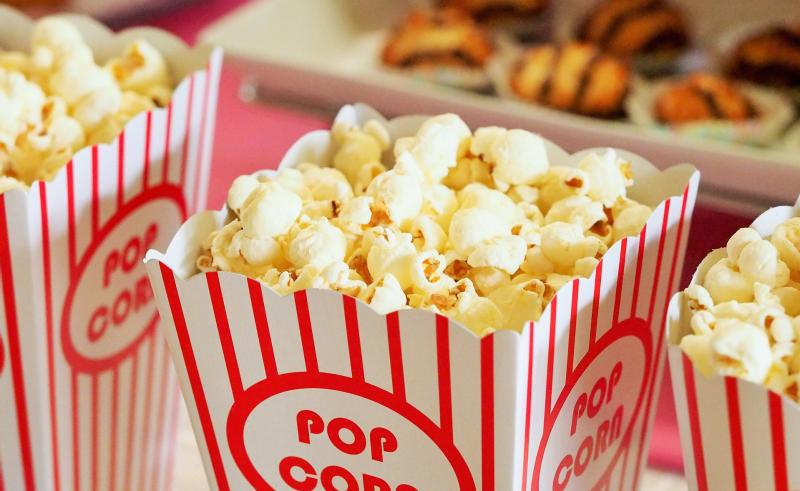 The story of Chuck Wepner, the New Jersey journeyman boxer who's once in a lifetime fight with Muhammad Ali in 1975 inspired a unknown actor by the name of Sylvester Stallone to make a little film by the name of Rocky. You've seen it all before but an absolutely charming showing from Liev Schreiber makes it really worthwhile. Elisabeth Moss, Michael Rapaport and Ron Perlman add to the fun.

A rookie cop called Megan Turner shoots and kills a robber during a hold up. A witness to the hold up steals the robber's gun and begins committing murders with it. All the while pursuing a relationship with Megan. Kathryn Bigelow's 1990 thriller sounds silly but it's a nerve wracking, well put together and well fleshed out story. Jamie Lee-Curtis and a creepy Ron Silver do good work. Be warned - it's rough in places.

A father and daughter set off on a road trip around Ireland. 15 year old Frances is a scrapper, in awe of Muhammad Ali and she wants to show what she's made of. Her father, fresh out of jail, doesn't quite agree with her choices. This depiction of Irish traveller life is as gritty as you'd expect but there's a lot of love under it's gruff exterior and Carmel Winter's direction finds humanity and inspiration in the story. Hazel Doupe as Frances is amazing.

A writer is swept off her feet romantically by a man she once rejected in business terms. A misunderstanding leads to a plot on her life but little do the plotters realise that she knows exactly what's going on. A stylish and exciting slice of film noir that's 70 years old and still as gripping as the day it was released due to it's unpredictable storyline and a couple of wicked turns from Joan Crawford and a menacing Jack Palance.

Alton is a different kind of boy and when his father sneaks him away from those who want to exploit him the U.S. government decides to get involved. Jeff Nichol's low-key sci-fi drama roadtrip movie is an intriguing watch. It's not fully successful but it will keep you watching. The cast though is top notch with Michael Shannon, Adam Driver, Kirsten Dunst & Joel Edgerton all doing impressive work in their parts.

A freshman student called Beca is pushed into an all woman singing group and to her surprise begins to enjoy it and finally appreciates college life. Then they enter a competition. Some will be skeptical (yes you lads) but it's a film I guarantee you'll get sucked into. It's very entertaining and a brace of likable performances help immensely. Anna Kendrick, Brittany Snow and especially Rebel Wilson bring the smiles. Quirky, goofy, feelgood stuff.

Just after the second world war a doctor is called to a crumbling country mansion to tend to a patient. It's a mansion his family has been long connected to and there's secrets lurking behind the walls of the old family home. Irish director Lenny Abrahamson's 2018 gothic chiller is a sedately paced affair but it's atmospheric twists and finely tuned performances from Domhnall Gleeson, Ruth Wilson and Will Poulter will hook you in fast.

Amsterdam. 400 years ago. A painting is commissioned and the painter falls in love with the woman he's working with. She's unhappily married to an older man and accepts the younger man's advances. An erotically charged drama that was caught up in the turmoil of the Weinstein arrest because of it's production company and vanished fast but it's worth discovering for yourself. A lovely looking film and Alicia Vikander and Dane DeHann do well in charge.

Mr Winthrop has traveled to the House of Usher to see his fiancee but her brother is against the marriage, and warns him off, telling of a family curse that will fall on their children if the wedding goes ahead. Roger Corman's atmospheric 1960 adaptation of Edgar Allen Poe's famous tale is as sinister, strange and deliciously macabre as you'd expect it to be. Mark Damon (not Matt), Myrna Fahey and the legendary Vincent Price all hit their marks.

Their local pub is closing and the only way to make money is to return to the lycra and capes. But these folks aren't superheroes, nope, they are 80's wrestlers and aching hips and shoulders aren't going to stop them. An amusing slice of fluff and whimsy from 2018 that will make you feel nostalgic for Saturday morning television. Stephen Graham, Sue Johnston, Robbie Gee and Julian Sands are among the familiar faces having a lot of fun.

Overgård has crashed his plane in the Arctic circle and he's trying to stay alive, struggling against the cold and hunger, all the while waiting for his distress beacon to be detected. Eventually it is, but the helicopter that hears it is in trouble too. A tough survival thriller from 2018, that will leave you chilled to the core but satisfied at the way it's events play out. Mads Mikkelsen and Maria Thelma Smáradóttir don't say much but get the job done.

Two young boys called Timmy and Marco become friends when they meet in a Peckham school but over the next decade the addresses they live at force them to take a side against each other. Blue Story was overshadowed on release because of real life controversy but it's worth rediscovering. A raw and assured look at the utter pointlessness of gang violence. Stephen Odubola and Micheal Ward are both the real deal.

Dancing with the Stars coming to Limerick for children with disabilities

Melanie Daniels has gone north from San Francisco to Bodega Bay to visit an old friend. As she arrives the birds in the sky above start acting strangely. Very strangely indeed. One of Hitchcock's most famous films is a troubling, oppressive and unnerving watch that offers no real answers to your questions and because of that it's a film that hasn't really aged a day despite being 50+ years old. Tippi Hedren and Rod Taylor do splendid work as the leads.

World War II is drawing to a close and the ranchers of the American west are fearing what the future has in store for them. One starts buying up all the land he can but two holdouts are causing trouble. A majestic and elegiac look at the line of delineation between new and old and how fear of change always causes trouble. Jason Robards, Jane Fonda and James Caan all do nicely here. Keep an eye out for a less grizzled looking Richard Farnsworth too.

A cop in Dublin finds his loyalties tested when his criminal brother contacts him in desperate need of a hand. Does he go with the blue of his uniform or the red of the blood that connects them? Covid kinda killed all the buzz about this on it's release in summer of 2020 but it's worth your time. There's nothing you haven't seen before but it feels authentic and strong performances from Tristan Heanue, Graham Earley, John Connors and Gemma-Leah Devereaux keep it speeding along.