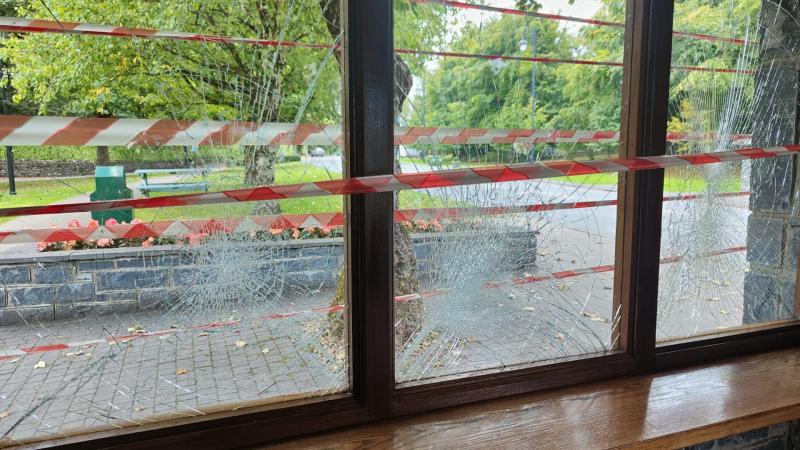 Significant damage was caused to the bus shelter at Bunratty village

A PRIVATELY maintained bus shelter in a village popular with tourists has suffered significant criminal damage in an act of vandalism.

Around €1,850 worth of damage was caused to one of two bus shelters in Bunratty village and the incident has been characterised as “mindless vandalism” by a local community group.

“This is an insult to the volunteers who put in their time and effort to keep the village looking well,” said Bunratty Local Development Association, after notifying that the shelter will remain closed.

The group referenced the “legendary” work of senior volunteers such as Mike Rohan and Delores Brown, the latter known for cleaning and maintaining the shelters before use each morning.

They added that the two shelters, positioned in the middle of the village, were built through the generosity of the local Kirby family and receive no contribution from either Bus Éireann or Dublin Bus, who both operate services passing through each day.

A spokesperson for the group noted that the village, looking perhaps at its best after emerging from the worst of Covid-enforced closures, is on a main thoroughfare in Clare and is on the route to many big events including the KPMG Irish Ladies Open which is taking place this week at Dromoland Castle

Passengers also pass through as they avail of the new Shannon to Paris air route and other services at the airport.

The group responsible for maintaining and enhancing Bunratty, also expressed their dismay at the damage caused while in the process of waiting for results of this year’s Tidy Towns competition.

“This is a depraved act,” they stated, while also asking anyone with information in relation to the incident to contact Shannon garda station.