Trip Through Time: 'The Talk of the Butter Market' in old Dundalk?

Looking back at Dundalk's past, with former Democrat editor Peter Kavanagh 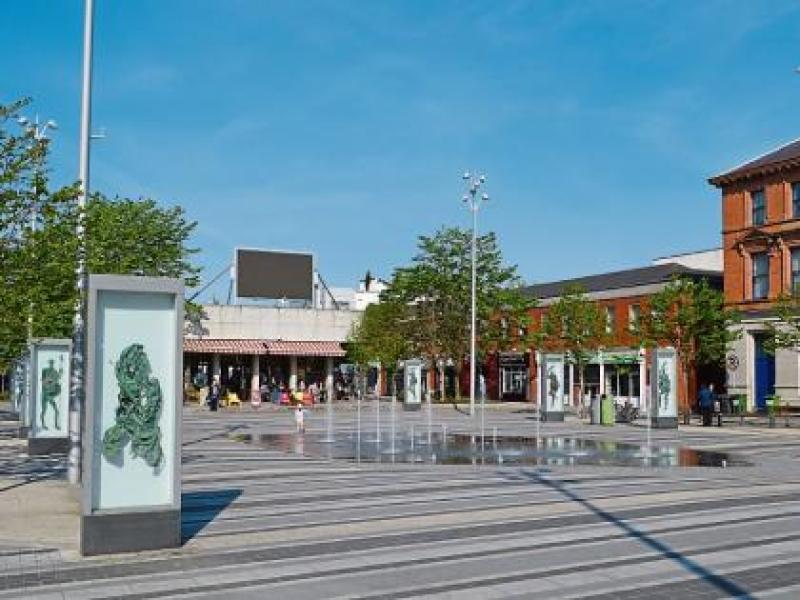 Sitting at an outdoor table at one of the cafes in the Centre of Dundalk that have become popular in recent times, I became aware that there was something unusual about the atmosphere of the place.

Then I realised that it was a Monday morning - and yet there was hardly soul about the Square area!

What was unusual about that, you might well ask?

Then it came back to me that, up to the end of the last century, Monday mornings were the busiest of days of the week in the Centre of Town.

On Monday mornings, for most of the last century and, possibly earlier, the area was thronged with people awakening from their Sunday slumbers to peruse the small stalls that lined both sides of the Square, selling all sorts of weird and wonderful goods.

There is even a description in a Tempest's Annual of the early 1930 of a man from Pakistan selling carpets at the Square and extolling the virtues of trade in Dundalk of the period!

This was written by the English author Hilaire Belloc, who paid an unexpected visited to Dundalk to write about the newly established Border just north of the town.

I can recall buying a goldfish from a man who had a table beside Melville's drapery shop, while beside him the Boyle brothers had a crockery stall where one of them would throw up plates to draw the attention of the crowd.

I can even remember an escape artist tying himself up with a rope, or was it chains, while his assistant went round with a hat to collect coins from the onlookers.

There were many other stalls on the Square and in the adjoining main streets on Mondays, and on fair days with other feats of daring being performed.

Some of my readers may even have 'mitched' from school classes to wander around those old canvas covered stalls, selling all sorts of delights for young children, if they had a penny or two in their pockets or just to gaze at the goods on display if they hadn't.

These thoughts on a Monday morning recently brought my train of thought back to the wall paintings I notice around the Town.

More recently there have been a number of writings of what are believed to be old Dundalk sayings.

Most of them are fairly accurate but, strangely, some of them I do not recall while others that I do remember are not there!

One such saying that I have been searching for but have not yet spotted relates to that centuries old Monday Market Day.

People who were the source of scandal, or even just mischief, were said to be 'The Talk of the Butter Market'.

This referred to the many women who sold, mainly, 'country butter' and eggs from baskets at the Courthouse Square on Monday mornings.

Some also carried carried chickens or ducks for special customers who might have made the bargain to purchase these fowls at the previous week's Market!

The reason I was acutely aware of this activity was that my very first reporting assignment for the Dundalk Democrat was to enquire about the price of those commodities for the following Saturday morning's edition.

I very quickly learned that you had to be very respectful to these women who, mostly, still wore shawls and, yet, had a very acute and up-to-date knowledge of all that was happening in the Centre of Dundalk.

Perhaps this was because they could observe the comings and goings to the Courthouse buildings where both the legal and municipal activities of the County were transacted.

Hence, the saying 'The Talk of the Butter Market' where these women traded with the local folk and exchanged the gossip of the day.

A sort of a 'medieval social media' activity, if you know what I mean?

You really would not have wanted to be the object of their scrutiny.

Even the local clergy, especially the younger ones, were afraid of their judgements!

I recall that, in the early days of of my journalistic apprenticeship, a mob of these women gathered to harangue a man who was being brought into the Courthouse by the 'Guards' (as the Gardai were known in Dundalk), to face a charge of the murder of a young local boy.

I do not know exactly where these women came from, other than they were, mainly the wives and daughters of local farmers, but anyone who thought them stupid would simply be a fool.

I was a aware that the local Gardai put great store in the accuracy of their information; as did young journalists!

I heard one man who dealt in the egg trade say that some of them had 'tongues like circular saws.'

But these women also could also be capable of great charity, as I witnessed one day when a woman was knocked off her bicycle by a lorry and was in need of immediate attention!

There also used to be a number of elderly men who met regularly at the Market Square to discuss local politics on weekdays.

They were known as the 'Dundalk Parliament' but they always gave way to the 'Egg and Butter Women' on market days!