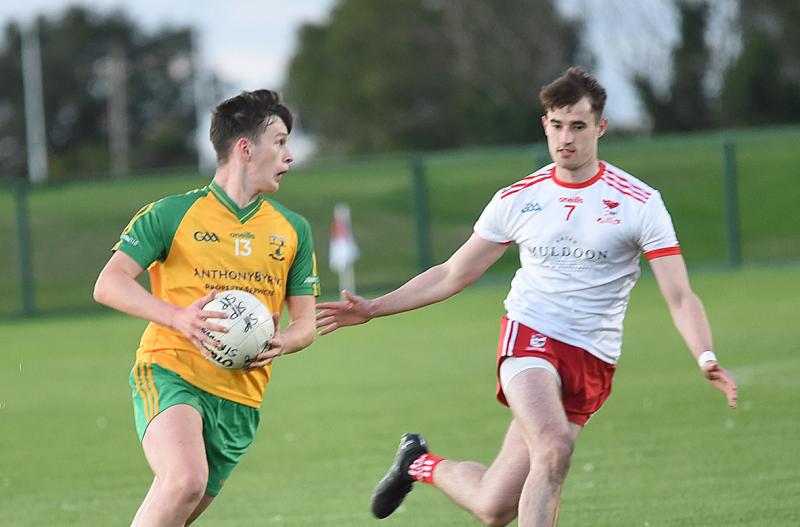 Stabannon Parnells must be considered for the Christy Bellew Cup this season after a ruthless victory over last year's losing finalists John Mitchels on Friday night in Darver.

The composed manner in which Parnells dismantled the favourites on the night was clear for all to see and the six-point margin did not flatter the team with swelling momentum behind them.

The mid Louth side’s minors reaching the final four the night previous, Stabannon’s youngsters fed off that and masterminded the success on Friday night.

One of which, Seán Reynolds, having been a part of last year's successful batch, has not eased his way into adult football but merely mastered it in a couple of rounds. Himself and Harry Butterly accounted for all of Parnells scores in the win.

Off colour Mitchels never clicked on the night and weren’t allowed to express themselves as they had done in the group stages.
The placement of Ba McCoy as sweeper directly cut out the supply to John Gallagher and indirectly, Gallagher had to deal with Seán Halpenny breathing down his neck for the hour.

With the avenues all blocked up, Mitchels were rushed in their shooting and rued five first half wides and three short efforts in the first half alone.

On the other hand, Butterly landed the first score of the game with a close free and after a quiet group stage, the bright lights ignited his season.

That contrast in fortunes was key for both teams. With the scores 0-4 to 0-2 at half time, John Gallagher had chances to narrow the gap with frees but they would slide by the right upright and as a result, the confidence drained from the Ballybailie men.

Reynolds' brace of points in the first half were a tour de force. Wherever the ball was, Reynolds was inevitably there, and Anthony Briscoe made sure to find him in every one of his kick outs. Daniel Clinton also came back in to bolster Parnells defence too in the open quarter final.

Gallagher narrowed the gap in the second half, but a Liam Devitt sending off and five unanswered scores from the destructive Stabannon pair was enough for the slick and well organised Parnells to march into the semi-finals with an ease you don't expect, but the competition must respect.

Next up is a chance at redemption, as they lock horns in the semi-final once more with Naomh Fionnbarra, a side which accounted for their only championship loss to date during the group stages. That clash is sure be another cracker.