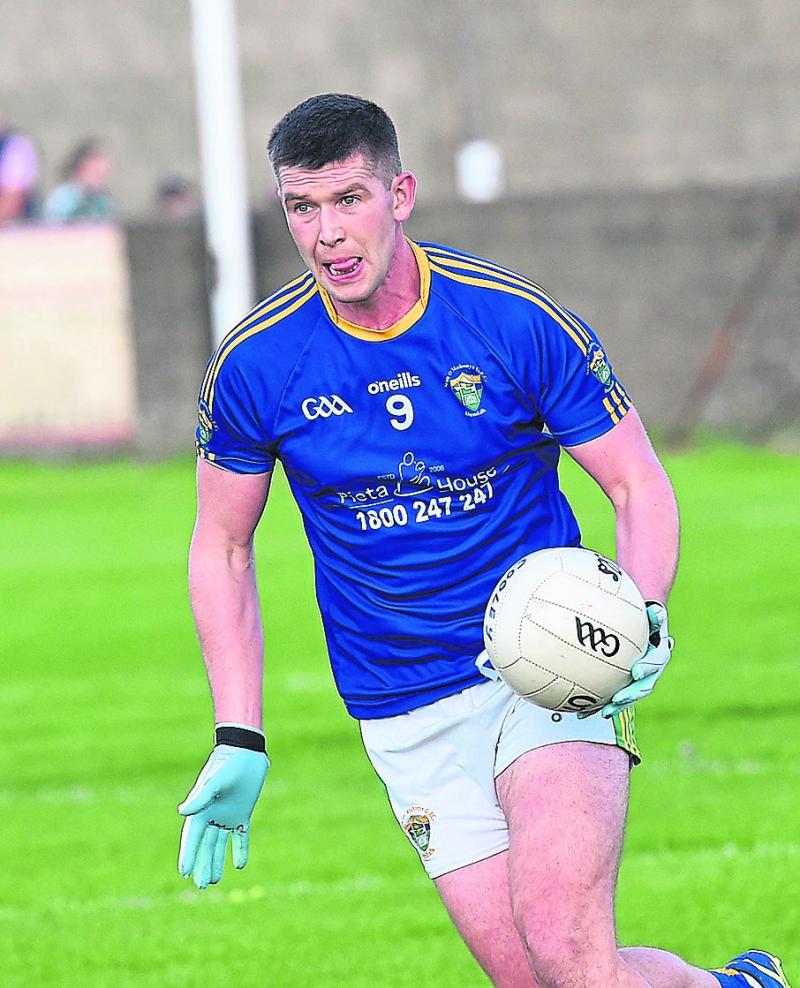 Cooley Kickhams breezed into the semi-finals of the Intermediate Championship as they coasted to victory over a lack lustre Sean O’Mahonys.

The Peninsula men ran riot early on, building an early five point cushion, helped by a Cian Connor goal. That setback, coupled with the dismissal of Johnny Connolly just before the break and it was hard to ever see to door to a comeback being opened.

The Point Road men had the tougher route to this stage and with the Kickhams yet to be tested properly they would have hoped to have put up a better fight, especially with Stephen Kilcoyne back in the fold. But they didn’t have enough of a scoring threat to do the damage once falling behind.

Colm Nally’s troops came out of the traps with purpose, dictating the flow of the game right from the word go. Anytime a Dundalk man took control of the ball, they were greeted to packs of defenders. This allowed them to camp out in the O’Mahonys half.

That pressure just to get out of their own half saw them gift Cooley a goal after just five minutes. Michael Rafferty got his hands onto a misplaced pass before duly teeing up Cian Connor. After a blistering run towards goal, he made no mistakes when burying it past Kevin Brennan.

At this stage it was all too easy for last year’s runners up, Gerry Malone and Darren Marks the men who were getting the most possessions. They moved the ball fast and direct, all while trying to get Connor on the ball as much as possible. He quickly added two more scores as they went five ahead.

With Terry Kelly and Kilcoyne too far up the pitch to make an impact or turn the momentum, O’Mahonys turned to Ben McLoughlin, who was a rare positive on a tough late evening for his side.

Anytime he got on the ball he looked capable of causing some damage and was able to both pick out a score or a man, depending on what was required. No surprises that it was him that got the Dundalk men off the mark on 12 minutes with a neat effort from play. His first of four in the match.

While Cooley’s decision to defend in packs worked a treat early on, as the game progressed it ended up going too far. Their aggression in the tackle was being penalised by referee Stephen Murphy.

He awarded the Seans six frees in the first half alone and coupled with Keith McLoughlin forcing more turnovers, they suddenly had more of the ball. The problem being it was in the wrong half of the field and they just didn’t create enough opportunities to get forward.

They managed to clock up too more white flags via frees midway through the first half, but all that was doing was negating an earlier brace from James O’Reilly and Rafferty.

If things weren’t already going south for Cathal Douglas side, they went from bad to worse on 29 minutes when substitute Johnny Connolly was given a straight red for alleged abuse towards the umpire following a decision to award Cooley with a 45.

To rub salt into the wound Connor duly tipped that 45 over the black spot, while a further effort in injury time left the Peninsula men well in control of proceedings, 1-7 to 0-3.

Sean O’Mahonys are known for their tendency to fight back from adversity and t their credit they started the half strong. Kelly was brought further back the pitch to try and have a bigger impact on the tie and overall, their work rate and speed improved.

Ben McLoughlin continued to be their go too forward, grabbing two nice efforts which coupled with an effort from the boot of Kilcoyne narrowed the gap to four.

This was as good as it got for the men from the Point Road, three in a row in quick succession from Enda O’Neill, Patrick Johnson and Connor midway through the half negating their hard work. From here it was procession for Cooley, as they comfortably booked their place in the semi-finals.