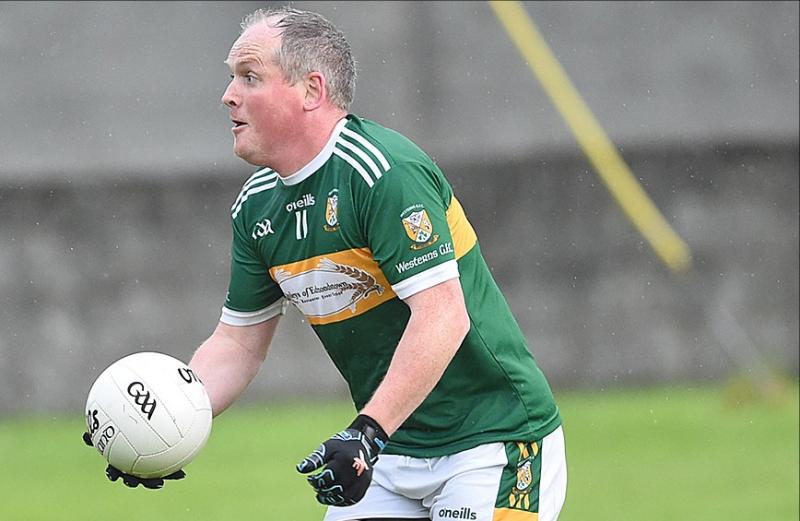 Nearly 30 years later, the Wolfe Tones have reached the semi-final of the Louth junior championship with a one-sided victory over Westerns.

The year was 1993 and a lot has changed in the world since. From the bottom up, and some years merely surviving in those barren years, was the only route to compete and stay alive as a club and my are they happy now.

A barrelling, entertaining team built with solid foundations for years to come. The success on Friday night signalled that long awaited progression.

Youthful players with strong links to the past was the story of not only the turnaround, but the win on the night. Case in point, Patrick Fanning and Sean Flanagan’s dominance around the middle.

Wing forward Chris Cudden found the net for his first goal of the night with less than a quarter of an hour played. That gave the first half a dollop of inevitability.

Westerns will take heart from reaching the knockout stages, considering they did not field last season and despite being 1-11 to 0-1 down at half time there was an honesty to their play.

Regular full back Reece Owens came back in for his first appearance in this year’s championship campaign, The Reaghstown men made him work in the second half. Terence Sweeney dropped a 30-metre shot into the net, deceiving Tones keeper Johnny Lynch.

Cudden hit the net again in the 53rd minute ensuring the Tones won the second half. That dip in performance is not uncommon in a landslide victory, but joint managers Martin Rice and Jay Finnegan will know that bigger tests are coming down the track for the Drogheda men, and fast.

Their reward for finally making to this stage of the competition is a tie against either Lann Leire or Glyde Rangers, who are due to lock horns this evening.