Who was Dillon Quirke? A true warrior who gave everything for club and county 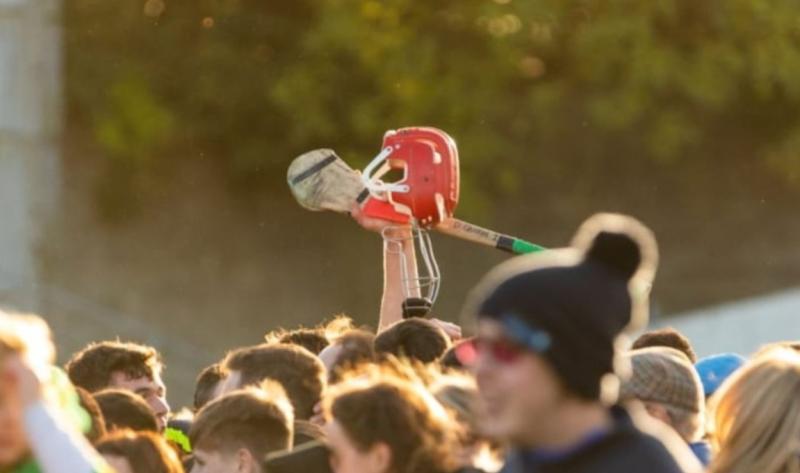 The reaction of losing a true Tipperary Gael in Dillon Quirke tells you all you need to know about the esteem this young man was held in by his peers, his rivals, his friends, his family, and the whole Tipperary GAA community.

From his days playing schools hurling with Thurles CBS, it was written in the stars that Quirke was a talent that had the potential to reach the very top of the game in this county, and he was a huge part of the CBS Harty Cup success of 2015, starring throughout the campaign, martialing the full back line with class in the presence of his clubmate Enda Heffernan.

His rise to prominence took another step forward the following year, as he made a substitute appearance in the All Ireland minor hurling final win over Limerick on Croke Park, and such was his attitude and dedication to the game, he knuckled down in the following years to win over the U21 management as he played a huge role at wing back for Liam Cahill's success against Cork in that year's decider. Quirke was immense that day in Limerick and you knew then that he was one to watch in the following years.

The success didn't stop for Quirke at intercounty level, as he was a big part of one of the most successful years in his club's history, as Clonoulty Rossmore claimed an historic senior and U21 county double, with Dillon playing a major part in their first senior win in 21 years, scoring two outrageously good sideline cuts in the game and essentially dragging them over the line as he won the final free for Timmy Hammersley to slot home and send the west club into ecstasy.

Tributes have been pouring in from far and wide for Quirke with the likes of An Taoiseach Micheal Martin expressing his sympathies, along with President Michael D. Higgins. His former Tipperary manager Liam Sheedy also penned a lovely tribute to his former charge, describing him as "smashing person."

Dillon was a smashing person on and off the pitch and all of the GAA family are numb at the news tonight. My thoughts and prayers are with Dan, Olive and all of the family.

However, no one could put into words what type of man and character Dillon was like his uncle Andrew Fryday, current chairman of Clonoulty Rossmore GAA, who fought back the tears as he tried to portray the esteem Dillon was held in in the community around the parish, but also tried to describe the loss he will be to his family.

Speaking to RTÉ Fryday said, "He was a pure gentleman, a lovely, lovely young man who had the prime of anything you’d want in a hurler. A fine, big strong man.

"Fit and able, a leader on the field. He was captain of our club team this year, he led from the front.

"His uncle-in-law Declan Ryan, our former Tipperary manager, was manager and coach of the team. Dillon absolutely loved him, he’d do anything for him.

"We were so looking forward to him leading the way for the next number of years for us.

"He was a gas young man, full of devilment, full of roguery.

2022 was the real breakthrough year for Dillon at senior level for Tipperary, after impressing hugely in the rejuvenated Miller Shield hurling tournament, leading the West division to the title, he went on to play every single game of Tipperary's Munster championship campaign at wing back, and it could easily be argued that he was one of the few shining lights from an awful year for Tipperary hurling.

He was absolutely immense in the opening round against Waterford, before putting in perhaps his best day in the blue and gold with a top performance while marking the current hurler of the year in Limerick's Gearoid Hegarty in round three, and who can forget his hook on Kyle Hayes in that game? A moment which summed up his character in a nutshell. Hard working. Never give up. A measure of the man.

Indeed, on the faithful day he was to tragically lose his life, it was clear to everyone in Semple Stadium the quality he had, and many would have surely been glancing at a satisfied Liam Cahill as he looked on at Quirke's efforts, such was his dominance over an experienced Kilruane back line. Everything good about the Clonoulty play was going through him and after an impressive Kilruane start he turned the game in Clonoulty’s favour going into the remainder of the game.

Dillon has been taken far too young and his loss will be felt greatly in the days and months to come, as Tipperary lose a very fine hurler, but more than that, his club Clonoulty have lost one of their finest sons.