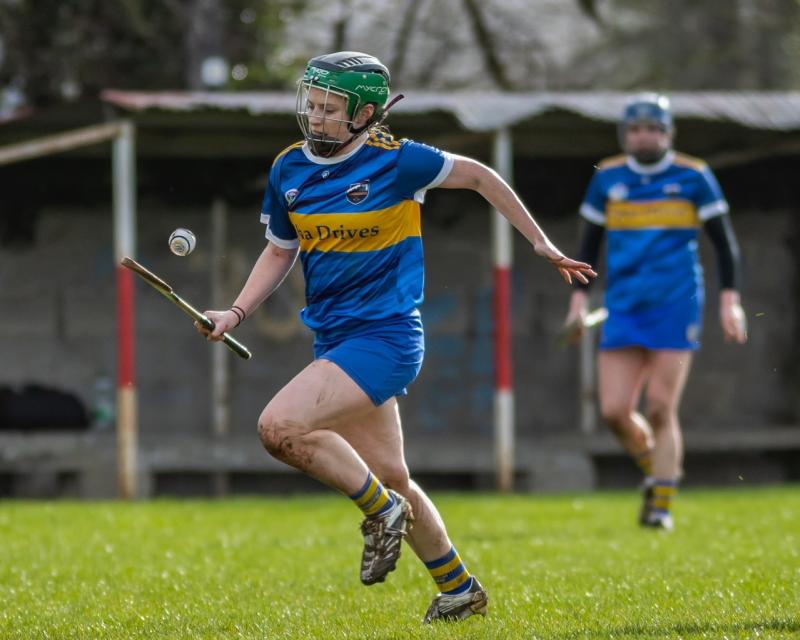 The meeting of Burgess Duharra and Silvermiens was a hard fought game where every ball and score had to be earned.
For Burgess Duharra Fiona Kirwan was solid at full back and had a great game. Duharra’s county players all performed well, Ciara Holohan had a clean sheet in goals while Caoimhe Maher and Jenny Grace worked very hard in the middle of the field.

Up front Ciara McKeogh and Ciardha Maher kept rotating between the full forward and centre forward position keeping the Silvermines backs on their toes. Iris Grace who was part of the U16 A Tipp team that reached the All Ireland final this year has settled well into her wing back position and had a strong performance.

Silvermines never gave up and produced a very good performance making Duharra really work for the win. At half time Burgess led 0-9 to 0-6.

A second half goal from Ciara McKeogh along with the accurate free taking of Jenny Grace helped to ensure victory for Burgess Duharra who will now face Eire Og Annacarty in the county quarter final.

Another impressive performance from Cashel King Cormacs ensured they ran out convincing winners against Knockavilla Donaskeigh Kickhams on Saturday evening in Clonoulty.

Cashel were dominant from the start with some excellent displays from Caoimhe Perdue, Anna Fahie, Lily Fahie and Laura Connolly. Caoimhe Perdue, Aideen Bergin, Ciara Dwan and Grace Moloney all took their goal opportunities brilliantly in the opening half to leave the half time score 4-7 to 0-7 and the result beyond doubt.

With three wins and a draw Cashel topped their group earning themselves a direct route to a county semi-final.

After a tough and physical battle of camogie Drom-Inch emerged victorious on a final scoreline of 2-12 to 1-7. The first half was very close with Drom holding a single point advantage seven points to 1-3.

Annacarty’s goal came from Jean Kelly. Eimear McGrath and Eva O’Dwyer exchanged points from frees throughout the hour while Eimear along with substitute Michelle Woodlock also bagged a second half goal. Mairead Eviston was excellent for Drom at centre back as was Aoife McGrath on the wing while Niamh Treacy and Niamh Long put in a great shift in midfield finishing with four points from play.

With three wins from three, Drom-Inch go straight into a semi-final and will be hoping to have the injured Mary Bourke and Maria Connolly back by then.
Two defeats and a draw means Eire Og Annacarty finish in third spot and will face Burgess Duharra in next weekend’s quarter final.

After a promising start which produced a first half goal from Caroline Browne, Nenagh found themselves trailing by seven points at half time 1-3 to 2-7.

Clonoulty’s goals came from Eimear Bourke and Kate Ferncombe. Clonoulty's superior firepower and top class play proved too difficult for Nenagh to handle in what was a very one sided second half.

All the Nenagh players gave it 100 percent but it wasn't their best night at the office. Four more goals in the second half including two from Cait Devane helped Clonoulty to victory.