Quarter-finals down for decision this weekend 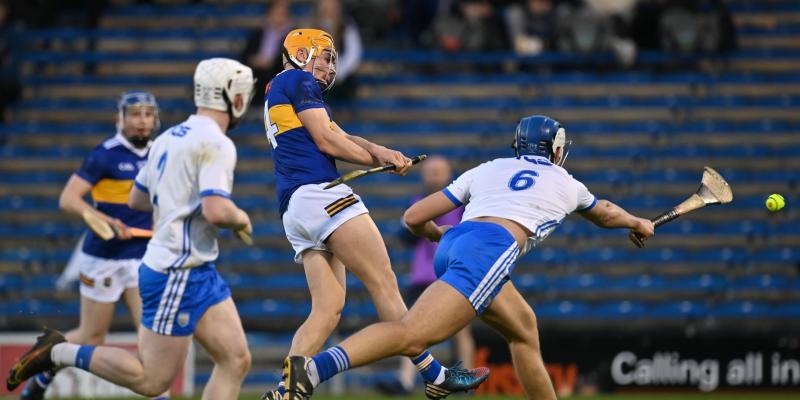 Clonoulty/Rossmore will fly the flag for west Tipperary in this weekend’s FBD Insurance County Senior Hurling Championship quarter-finals.
What has been an emotional campaign for the club continues at FBD Semple Stadium at 3.45 on Sunday, when they play 2020 champions Kiladangan, the favourites to go all the way again this year, in the last of the quarter-finals.
Clonoulty will approach the game on the back of a morale-boosting win over Thurles Sarsfields in the preliminary quarter-final. A goal from Stephen Ferncombe’s penalty was the crucial score in a closely-contested tussle, as the west champions hung on for a precious victory in the face of fierce Sarsfields pressure in the closing moments.
Jack Ryan’s seven converted frees were also hugely significant while the displays of Cathal Bourke (who scored five points), Enda Heffernan, James Ryan, Michael Ryan and Ciaran Quirke were also central to their success.

The Clonoulty/Kiladangan tie will be the second part of Sunday’s double header at the Stadium, with JK Brackens taking on Upperchurch/Drombane at 2pm.
A late surge by Brackens saw them upset the odds in the preliminary quarter-final against Eire Og Nenagh and the Templemore team are now looking forward to a first-ever appearance at this stage of the County Senior Hurling Championship.
As if Brackens and Upperchurch didn’t know each other only too well from the mid championship, they also met in last weekend’s County Senior Football Championship quarter-final, when Upperchurch upset the odds.
In the other quarter-finals on Saturday, champions Loughmore/Castleiney take on Drom/Inch in another all-mid pairing at 4pm, while in an all-north affair Kilruane MacDonaghs face Toomevara at 5.45pm, with both games also going ahead in Thurles.
No south Tipperary team will have a say in the destination of the Dan Breen Cup but St Mary’s of Clonmel will represent the division in the quarter-finals of the County Premier Intermediate Hurling Championship, when they play Silvermines in Holycross at 1pm on Sunday.
Silvermines put paid to Carrick Swan’s hopes of advancing in the competition with a 2-26 to 2-25 extra-time win in the preliminary quarter-final.
County player Jason Forde struck no less than 17 points, including 11 frees, while they were also well served by Conor McKelvey, Michael Corcoran and Patrick Leamy.
St Mary’s will have their work cut out to advance to the last four but they won’t approach the game without hope.
They won two of their three games in the group stages and they were without county player Seamus Kennedy and their Under 19 players, including Peter McGarry, when they were beaten by Burgess in their final match.
The return of those players will bolster their chances and they will also look to Sean Kennedy, Ross and Jamie Peters, Jason Lonergan, Cathal Deely and Matt Barlow to inspire them on Sunday.
In the other quarter-finals in the grade, second favourites Cashel King Cormacs play Burgess in Borrisoleigh at 2pm on Saturday, championship favourites Roscrea are up against Thurles Sarsfields at 1pm on Sunday in Toomevara, while Gortnahoe Glengoole and Portroe will meet in Borrisoleigh at 3.45 on Saturday.