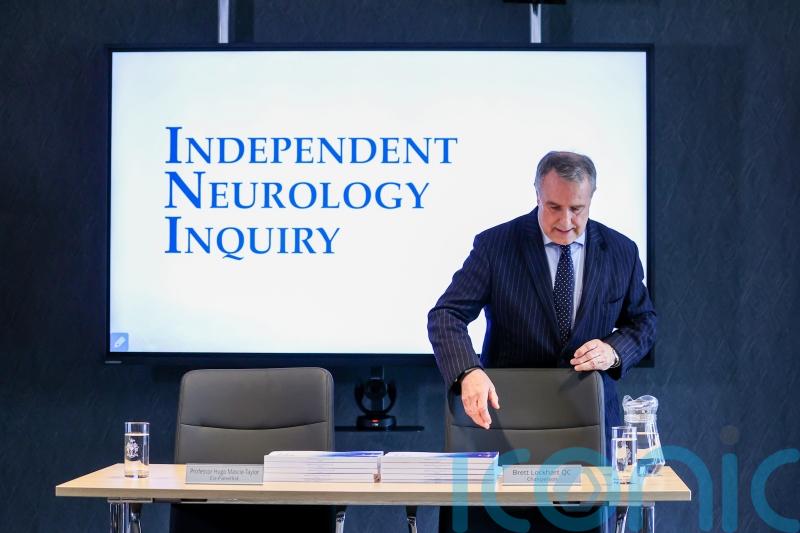 Health Minister Robin Swann is ensuring that the Independent Neurology Inquiry findings are given the “careful consideration it deserves”.

The Independent Neurology Inquiry report published on Tuesday found systems and processes around patient safety failed, and opportunities to intervene in the practice of neurologist Dr Michael Watt were not taken by the Belfast Health Trust, as early as 2006.

It comes after former patients of Dr Watt said they were failed by the Belfast Health Trust and the Department of Health, as well as the neurologist.

The General Medical Council was criticised in the report for “an inadequate investigation into a highly relevant clinical complaint in 2012”; and the Ulster Independent Clinic, where Dr Watt had a substantial private practice, was also criticised for the “failure to disclose significant complaints”.

In a statement to the PA news agency, a Department of Health spokesperson said: “As the Minister stated on Tuesday, the inquiry report is extensive and detailed and he is committed to ensuring it receives the careful consideration it deserves.

“The Minister has pledged to provide a full response to the report’s recommendations, as soon as is practicable.

“He has asked the Department of Health’s Permanent Secretary to lead a steering group to take forward this work.”

Belfast-based neurologist Dr Michael Watt has been at the centre of Northern Ireland’s largest ever recall of patients, which began in 2018 after concerns were raised about his clinical work.

More than 4,000 of his former patients attended recall appointments.

Almost a fifth of patients who attended recall appointments were found to have received an “insecure diagnosis”.

The final report following the Independent Neurology Inquiry found that problems with Dr Watt’s practice were missed for years and opportunities to intervene were lost.

It makes 76 recommendations to the Department of Health, healthcare organisations, the General Medical Council and the independent sector.

A former patient of Dr Watt, Danielle O’Neill, said after the report was published: “Michael Watt failed us, the Belfast Trust failed us, the Department of Health failed us, the GMC (the General Medical Council) failed every single patient caught up in this scandal.

“They should all do the honourable thing: hang their heads in shame and resign.”

On Tuesday, after the publication of the report, Minister Swann apologised unreservedly for the hurt caused.