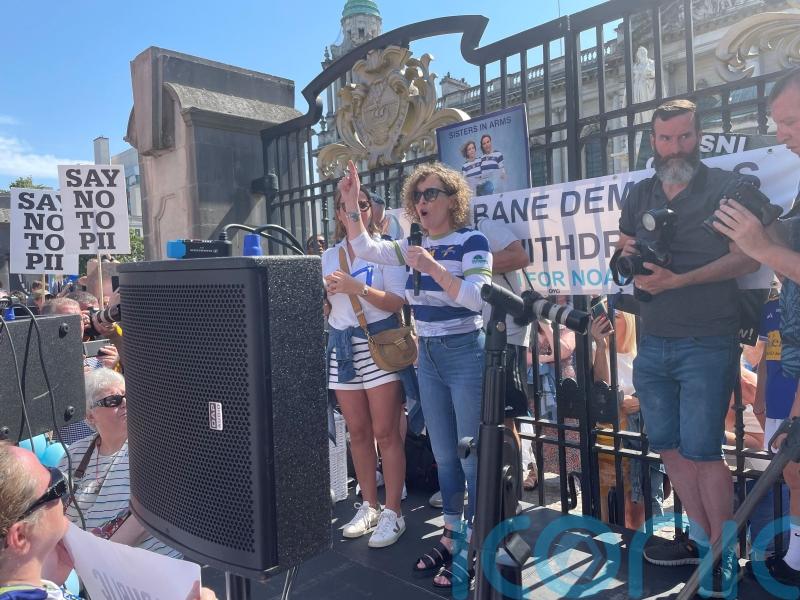 Calls have been made for transparency in relation to the police investigation into the death of schoolboy Noah Donohoe at a protest held by the child’s family at Belfast City Hall.

Sinn Fein MP for North Belfast John Finucane said that Noah’s mother’s “fight for the answers she deserves” is supported by many, and MLA Gerry Carroll claimed that the case had been “mishandled”.

There appeared to be well in excess of 1,000 people at the protest when it officially began at 1pm.

Carrying signs and banners calling for “Justice for Noah”, people chanted “no PII” and “Tell the truth”.

Some wore blue-and-white striped GAA-style jerseys with the number 14 on the back, Noah’s age when he died.

Noah, a pupil at St Malachy’s College in Belfast, was found dead in a storm drain in north Belfast in June 2020, six days after he went missing.

His mother, Fiona Donohoe, hopes to find answers to some of the questions surrounding Noah’s death through the inquest process, and has called for police files relating to the investigation to be released in full.

Fiona Donohoe spoke briefly at the end of the protest to thank supporters for attending. 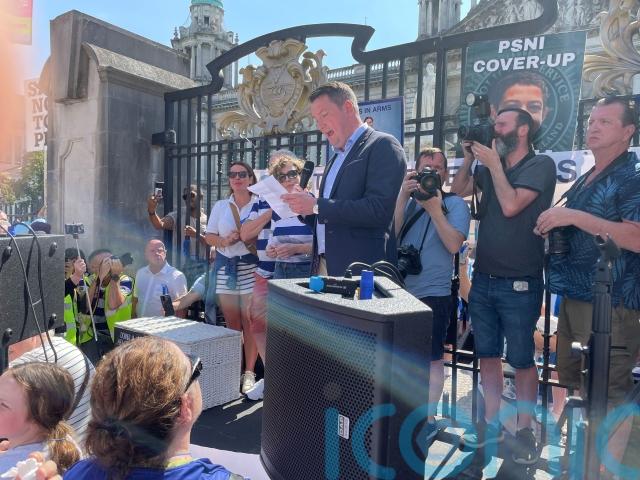 Sinn Fein MP for North Belfast John Finucane told protesters: “I never had the pleasure of meeting Noah but, since his death, it’s hard not to feel that we have all got to know something about this incredibly special boy who lived in Belfast.

“A good student, a good friend, a basketball fan, and someone who had their whole life ahead of them.

“Like any parent, like every parent, we all have unconditional love for our children, and we all want our children to be safe, and to be happy.

“That Noah’s image is now so recognisable, that we all have a sense of who he was and what he loved doing is a painful testament to the love of a mother who is now left fighting for truth and justice, fighting to find out what happened to her son.

“We gather to show that Fiona and her family do not stand alone. That when she fights for the answers she deserves through our legal system, she knows and everyone knows that there are so many who stand with her and support her.” 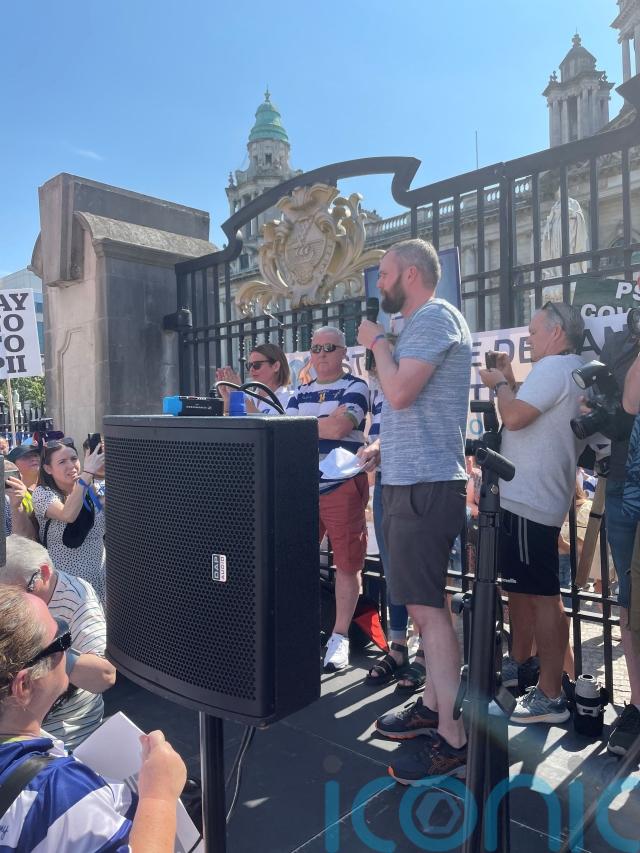 Addressing the crowd, People Before Profit MLA Gerry Carroll called on Policing Board members to sever ties with the PSNI over how Noah’s case has been “mishandled”.

“There should be no backroom discussions with the PSNI until the PII is scrapped and there is a proper, transparent attempt to get justice for Noah Donohoe,” he told the protest.

“If there are members of the Policing Board here today, then I would call on them and their colleagues to resign from that board.

“Severing that link with the PSNI would send a strong message to this campaign and to the Donohoe family that you will not be associated with a process which attempts to withhold information from a mother about the death of her son.”

The event finished with a minute’s silence and the release of doves.

The demonstration comes after Northern Ireland Secretary of State Shailesh Vara signed off on a request by the PSNI for public interest immunity (PII) in relation to three police files that are to be used during the inquest into the child’s death.

The application to redact sensitive materials, being made by the PSNI through the PII process, needs to be supported by a certificate signed by the Secretary of State for Northern Ireland or another Northern Ireland Office minister.

It emerged at the end of July that Mr Vara had signed the PII certificate, which was met with criticism by the Donohoe family.

Northern Ireland first minister designate and Sinn Fein Stormont leader Michelle O’Neill said Mr Vara’s decision was “totally unacceptable”, and that the use of a PII in Noah’s case was “wholly inappropriate”.

She called on the PII application to be withdrawn.

The decision on whether to approve the application now rests with the coroner in the inquest, Joe McCrisken.

The inquest into Noah’s death is scheduled to begin on November 28 and to run for three weeks.