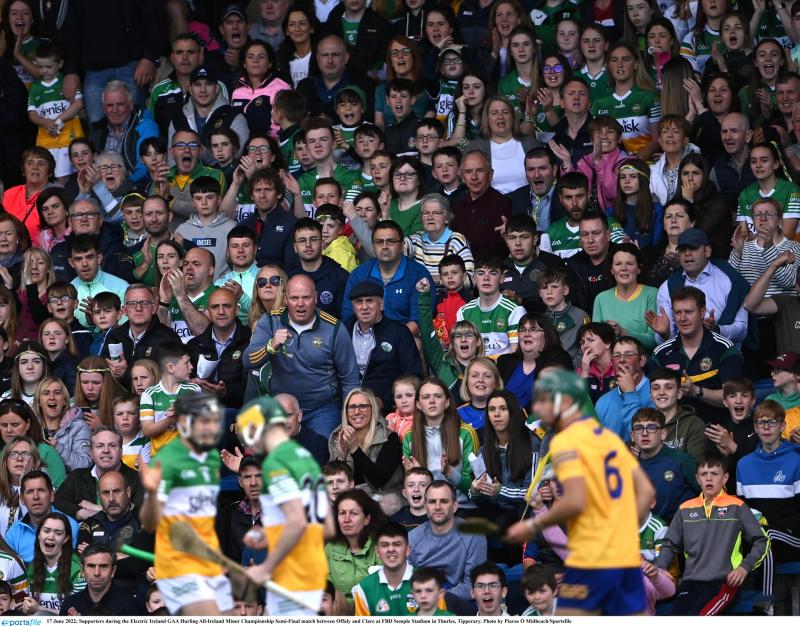 DOOLY'S Hotel in Birr is the place to be this Friday evening (throw-in at 7.30pm) as OurGame bring their hit GAA show to town on the eve of Offaly's All-Ireland Minor Hurling final against old rivals Tipperary.

Presented by Shane Stapleton – the Tipp native is heading into enemy territory – and Birr's own Michael Verney, they'll be previewing the All-Ireland minor final between Offaly and Tipperary, and the senior All-Ireland semi-finals pitting Kilkenny against Clare and Limerick with Galway.

Whelahan, Duignan and Carey will be reminiscing on the good old days when they duked it out on the pitch – including the epic 1994 All-Ireland final – and previewing the minor game alongside Tipp man Stapleton.

Carey will then turn his attention to the Treaty's clash with Galway, and no doubt Farrell, much-loved for his analysis on The Sunday Game, will have some brilliant insights on the men from the west.

He is also set to regale the live audience with tales of the Faithful County, and the stars he's met throughout his glittering career on the sideline.

Birr senior hurling manager Bugler will give us his insights on the Banner with Clare skipper Tony Kelly among his teaching colleagues in St Flannan's College, while Power has the inside track on Kilkenny and also Galway boss Henry Shefflin.

We also have a hugely-anticipated raffle on the night where the top prize is a two-day pass for the sold-out JP McManus Pro-Am in Adare Manor on July 4/5.

Every angle is being covered in what is sure to be a night of craic, insights, analysis and hearty tales for the hurling fanatic.

Get your tickets now or on the night at Dooly's Hotel – as well as Loughnane's Centra, Horan's Daybreak and Pilkington's Shop – or by private-messaging Stapleton or Verney on Twitter: @ShaneSaint or @mlverney.