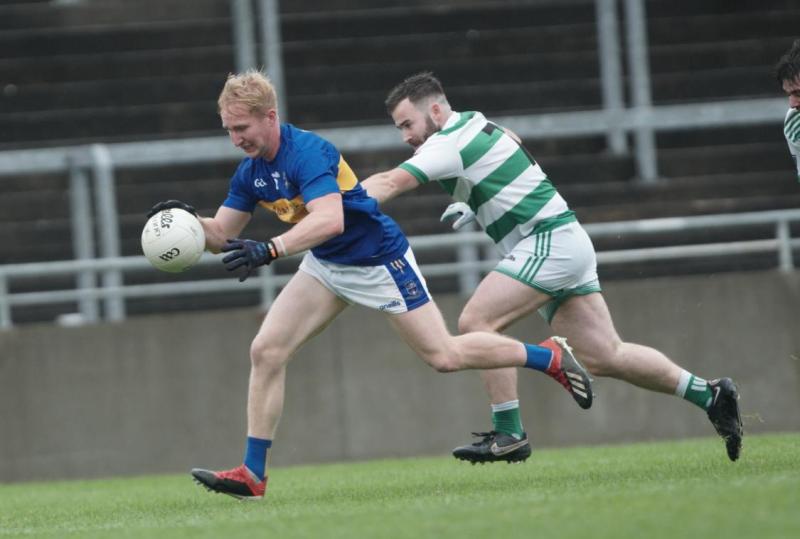 JUST over a year ago, David Connolly was an integral part of Offaly’s journey to All-Ireland U-20 glory, part of the management team that steered the young Faithful County stars to a memorable and historic Croke Park success.

In the greater scheme of things, the stakes won’t be quite as high this Saturday afternoon in O’Connor Park when he tries to guide his native Bracknagh to a second Offaly Senior B title in just four seasons, but for the former county corner forward, it will be every bit as significant and more so if he can play a part in a successful outing for the club.

“It’ll be a great game, there will be a few sleepless nights before it, but that’s why we play football” he told the Tribune.

“It’s going to mean a lot to me, it’ll be my first county final with our lads. After the success with the county U-20s last year, that was fantastic but club is everything, it’s the be all and end all for any lad. When you’re playing you love it and when you’re not, you want to be involved in any way you can”.

As part of the local GAA fabric, Connolly is right at the heart of what has been a tumultuous week in the local area, leading up to this local derby county final. However while there are those in the area who have passionate views about football in the three clubs and in the parish as a whole, Connolly argues that the advent of St Broughan’s GAA and the success of that underage entity has given the modern day player a very different take on the whole thing.

“It's more the older generation that have issues with the local rivalry. I’ve worked with a lot of these players at underage when they all played together and they’re good friends. It’s like everything, for 60 minutes they’ll shake hands and then go at it, and after that we’ll shake hands again and have a pint together”.

“We’ve played them twice already, we drew with them in the first round of the league and they beat us in the league final, fairly comfortably” he said.

“They were eight points up on us, Peter (Cunningham) got 2-2 near the end but they were far better than us on the day. We’ve a lot of soul-searching and head-scratching to do to get ready for Clonbullogue, a very talented and energetic team, plenty of youth, no more than ourselves”.

Certainly, their semi-final victory over Walsh Island offered evidence as to how much work has to be done, but also the immense potential that exists in this Bracknagh team. For 60 minutes they were second best to the men in green and white hoops, but a goal from Stefan Geoghegan and an injury time point from Robin Galbraith forced extra time, and at that stage Connolly’s troops clicked into a higher gear to dominate the additional 20 minutes, winning that spell by 2-3 to 0-1.

“A six week layoff didn’t help us, we had a walkover in the last group game, but we were just very flat” Connolly said of the first hour of play.

“Walsh Island put us to the pin of our collar and it looked like we were on our way out. But we showed a bit of character in the last seven or eight minutes, and Stefan Geoghegan going out to midfield helped us to push on. It was a battle, and I’m just relieved. But only for the goal, it was lights out”.

He spoke of how the favourites’ tag, which has rested on the team’s shoulders all year, doesn’t tell the full story of their journey throughout the 2022 season.

“After coming down from Senior A last year, we would have been seen as one of the main contenders, along with Clonbullogue, who were after winning a Leinster. But it was a very unsettled year, Covid was a factor, a lot of lads went on holidays after not being able to for a few years, Ciarán Donnelly went to America, then in the league final we got two lads injured early on.

“To be honest, we haven’t had a full team on the pitch as of yet. Even now, we only got Jim Hendy back on the pitch there, he’s made a big difference, and Keith Keogh in goals as well. We’re getting it hard to get the full personnel on the field, but it’s the same for everyone this year I think”.

One suspects that on the field, and indeed in the stand and on the terrace, there won’t be anyone missing from any corner of this famous football parish when the ball is thrown in this Saturday.