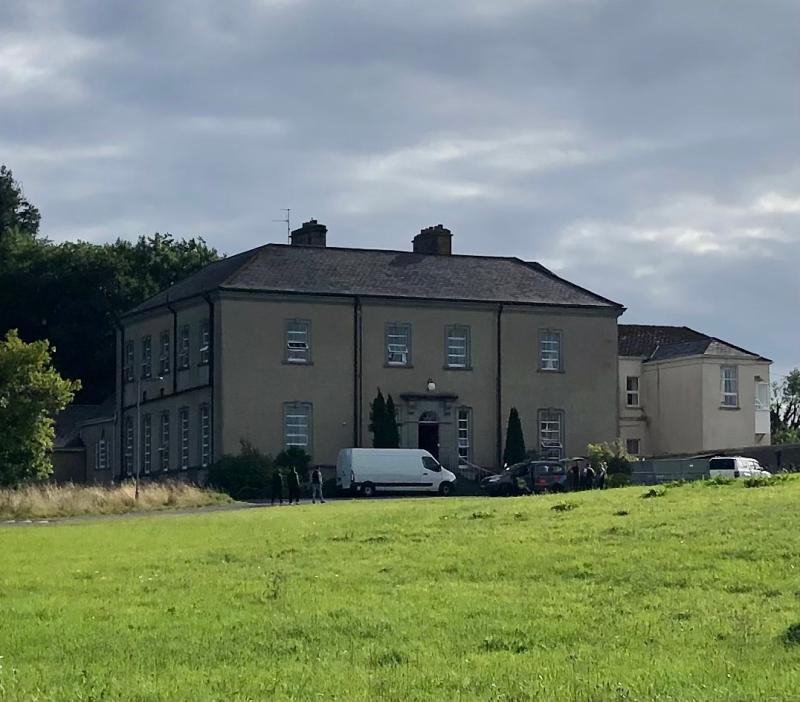 Corville House at Sean Ross Abbey near Roscrea operated as a mother and baby home from 1932 to 1970 - photo: D. Keegan

Sinn Féin leader Mary Lou McDonald will visit Roscrea this weekend to address a commemoration at the former mother and baby home at Sean Ross Abbey.

The event is organised by the 'We Are Still Here Sean Ross Abbey Roscrea' group, who have been working to uncover information lost over the years relating to the mothers and children that passed through the institution, while also seeking to ensure areas of the site where burials have taken place are preserved.

Corville House, located on the expansive St. Anne's site in Roscrea, operated as mother and baby home from 1932 to 1970 and has been repurposed recently to accommodate asylum seekers from African countries and Ukraine.

Mary Lou McDonald will address the event, which is the first commemoration held at the site since 2018 and an issue which has attracted greater public attention since the establishment of the Commission of Investigation into state run mother and baby homes.

Teresa Collins, a survivor of Sean Ross Mother and Baby Home, said Sunday's commemoration will also feature an address from Patrick McDermott, who is flying from the United States and was born in Sean Ross.

Cathaoirleach of Tipperary County Council, Roger Kennedy and Teresa Collins, representing the 'We Are Still Here Sean Ross' group will also speak at the event and Michael Donovan will lay a wreath on behalf of the surviors group.

Roscrea based Councillor Michael Smith will also lay a wreath on behalf of Tipperary County Council and Pamela Aitken Flannery from Roscrea Heritage Society will give a guided tour of Corville House and explain the building's historical significance.

The 'We Are Still Here' group are calling for further analysis of the subterranean scans performed at the site in 2017 to establish where the as yet unlocated remains of children who died at the facility are located.

Carbon dating analysis was performed on 13 samples of skeletal remains located at the site and the group are seeking a specialist company to perform further scans with financial assistance from the government for the tests.

The group feel the Angel'a Plot, which they have identified from maps dating back to the 1970s was once part of a larger field, does not contain all the remains interred on the site and that scans should be performed on a plot of land adjoining the Angel's Plot.

Sunday's event begins at 1pm and is expected to conclude at approximately 4pm.