A  devoted mum is determined to give her “smiley” little girl “a voice” after she was born with an incredibly rare disorder that makes her brain “smooth” and means she will never walk or talk.

When Alexandra Bufton’s waters broke during a meal to celebrate her wedding anniversary with her husband Kris, 36, a builder, it was yet another surprise during her pregnancy with two-year-old Doris, which had not been planned.

Already parents to Amelia, 10 and Poppy, five, Alexandra, 33, and Kris, of Locks Heath, Hampshire, were delighted when, despite being born two months premature in September 2019 and weighing just 4lb 7oz,  Doris seemed to be fine. 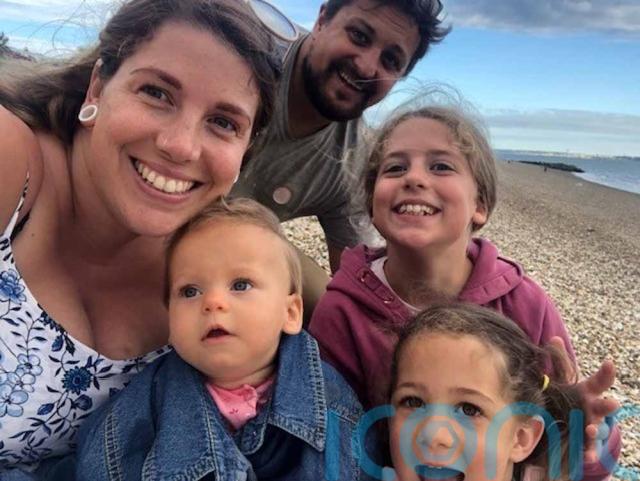 But,  several months later, it was clear all was not well and tests revealed she had lissencephaly – which literally means ‘smooth brain.’ A one  in 100,000 set of rare brain disorders,  it occurs when the folds of the brain’s surface have not  developed properly in the womb, giving the organ a strange, smooth appearance in scans.

Causing developmental delay, respiratory issues, seizures and limiting motor skills, it is also incurable and life limiting, according to Alexandra, who is  fundraising for a special device to enable Doris to communicate, saying: “She  deserves a voice like any other child.

“We’ve always struggled at the thought of asking for or accepting help.” 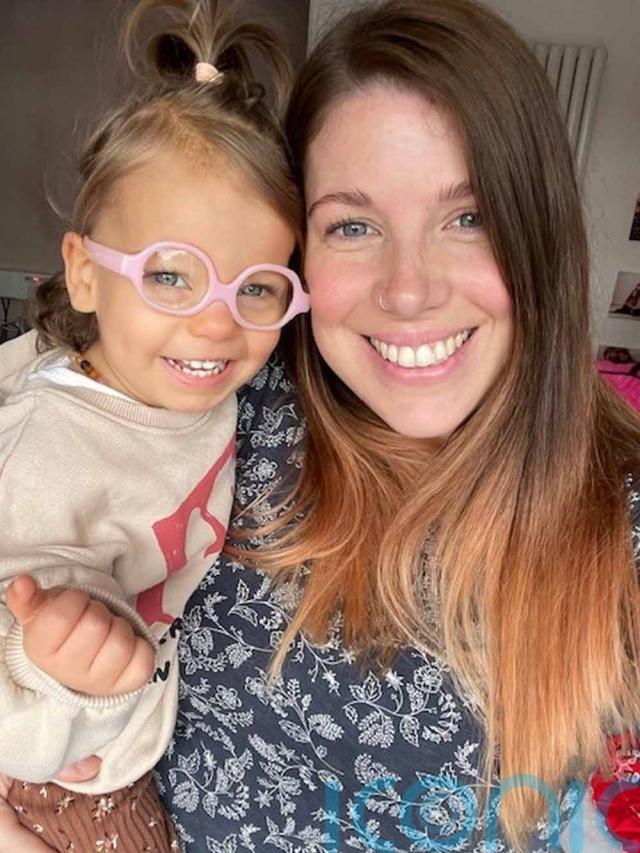 She added: “But Doris deserves this.  She deserves to make her own choices, to be able to call me through from another room and tell me if she’s thirsty or hungry.

“Despite everything, she is the smiliest little thing.”

Alexandra, who left her job as a baker to care for her youngest girl full-time, recalled how she and Kris were so sure their family was complete after two children that he was a week away from having a vasectomy when they found out they were having Doris. 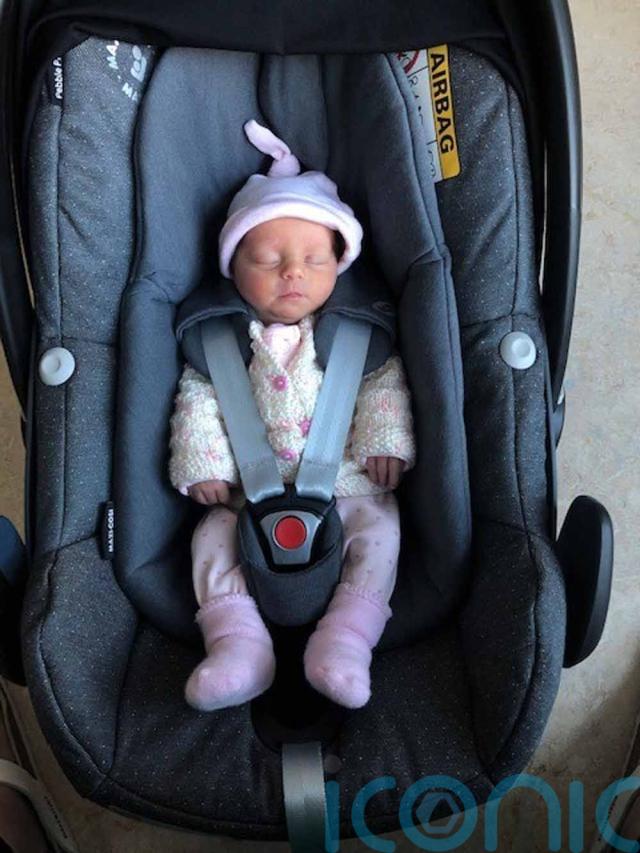 Alexandra said: “It was a shock, but we’d done it before, so of course we loved her and thought it’d be fine.

“I will always treasure the first seven months of Doris’ life.

“We just thought everything was completely normal. She was very small, of course. But I just put that down to her being premature.” 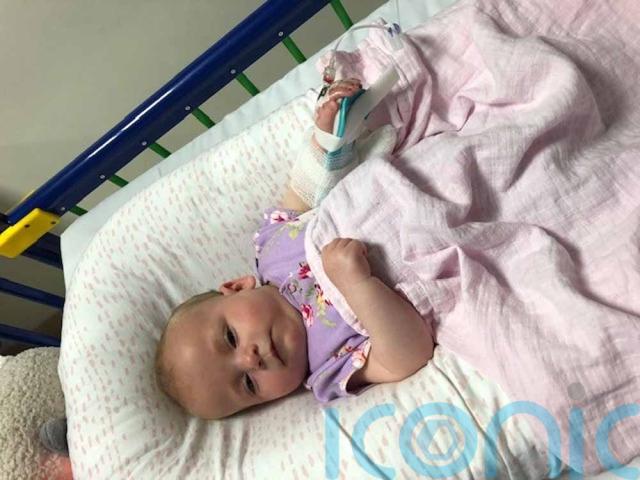 Alexandra’s bubble was burst in April 2020, when she took Doris to the doctor with a temperature and their concern was immediate.

By then seven months old,  she was the size of a three-month-old and was not holding her head up or able to roll from side to side.

Medics feared she had cerebral palsy, a group of disorders that affect a person’s ability to move, maintain balance and posture. 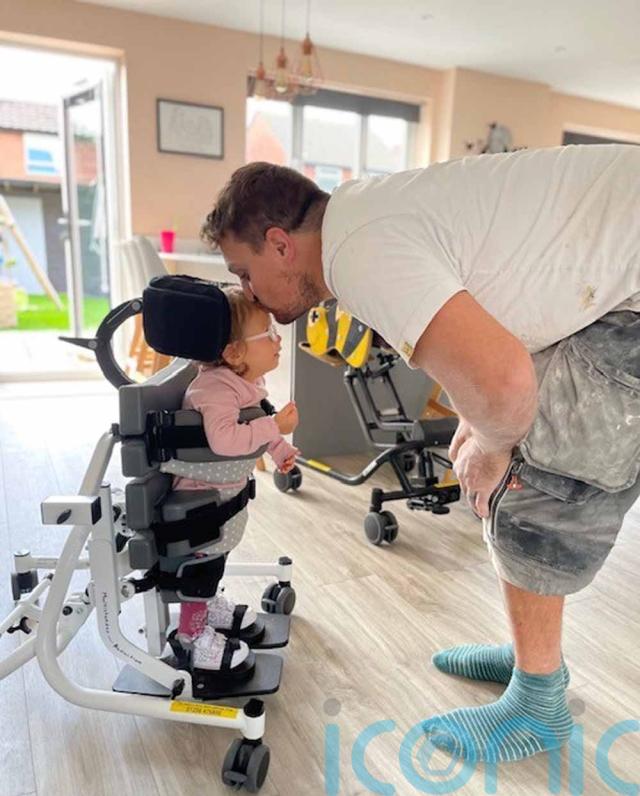 Scans, an MRI, blood and genetic testing followed and Alexandra was called into hospital alone, because of Covid restrictions, and told Doris did, indeed, have cerebral palsy, but that she also had a rare genetic disorder meaning a portion of one of her chromosomes was missing.

Most crucial of all, she had lissencephaly.

In that single day, Alexandra was told Doris would never walk, never talk or  communicate and that it was very unlikely she would live beyond the age of two. 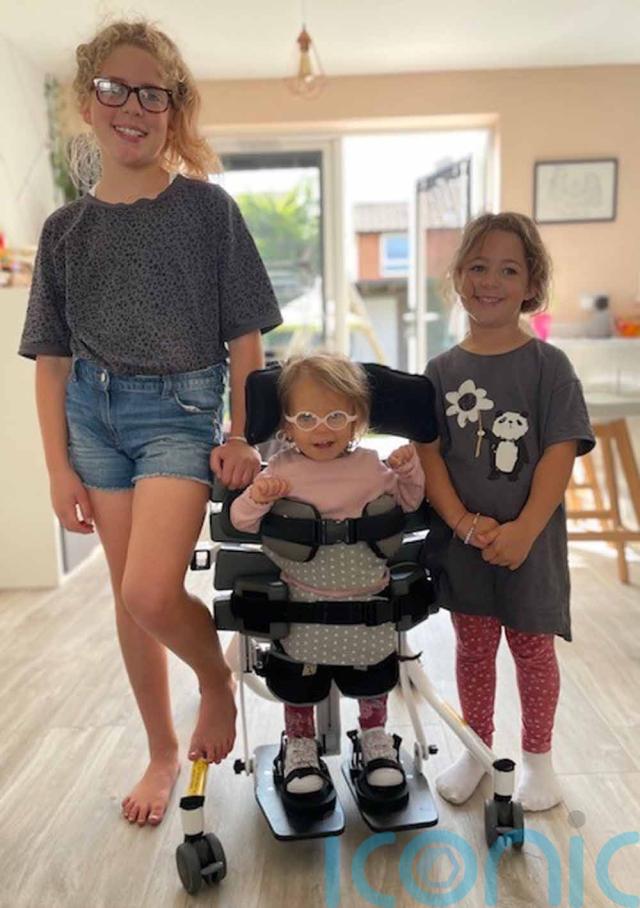 Alexandra said: “I sat there and the doctors told me that Doris had all these conditions.

“They must have thought I was a robot. I didn’t cry, didn’t react. I just sat there, asking questions and taking notes.

“I now realise I didn’t believe what they were saying. That acceptance didn’t happen for months.” 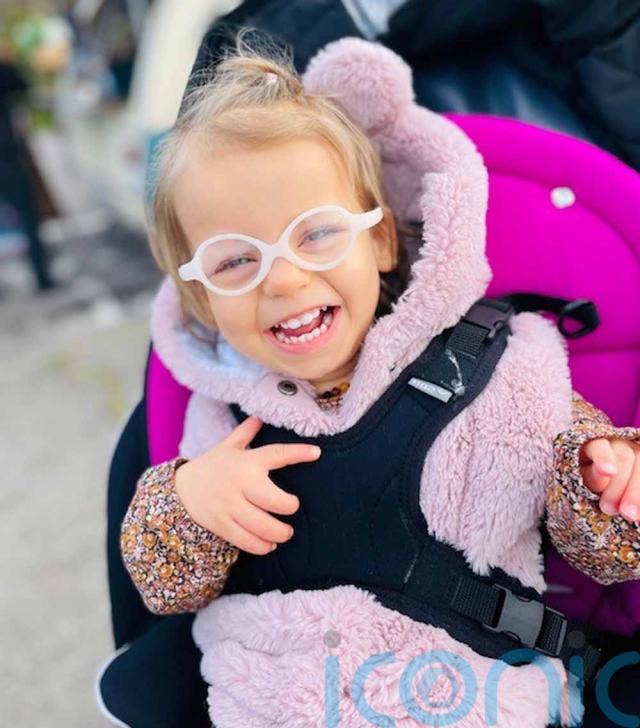 It was only as Doris’ problems became more acute that Alexandra was able to accept the diagnosis.

Still exclusively breastfed at the age of one, Doris was moved to tube feeding, but had trouble adjusting and began having seizures.

And, seen by speech and language therapists, she started having regular physiotherapy to help strengthen her weak muscles. 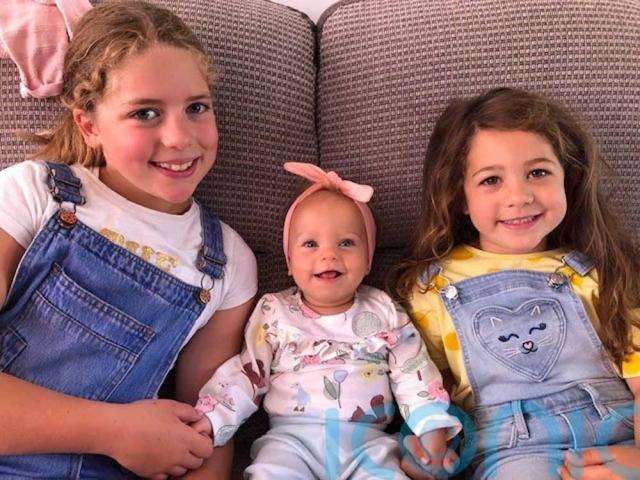 Alexandra said: “She can’t weight bear on her feet, reach for her toys or sit up. It’s only thanks to physio that she’s now strong enough to hold her head up for long periods.”

Doris can, at least, eat dinner with her family now – being spoon fed a homemade gluten and dairy-free diet of curry, pasta and moussaka. But the rest of her meals and drinks are tube fed straight into her stomach, for fear of her choking.

Yet, she is a smiling, happy child, who laughs constantly and has won fans on social media for her huge grin. 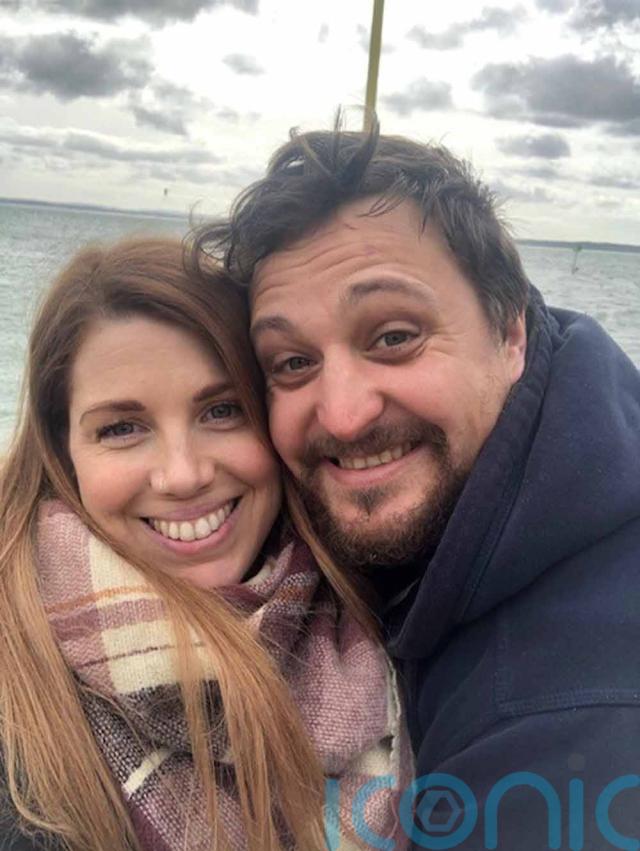 And, already, she is defying her prognosis – turning two in September 2021.

Alexandra said: “She is such a happy child. She gets joy from absolutely everything and I’ve just decided she’s not going anywhere yet.

“Doris’ arms are her weakest point. Her eyes are really strong though. She can look intently at what she wants.”

To further improve Doris’ quality of life, Alexandra and Kris are hoping to raise enough money to buy an Eye Gaze computer, which she could control using her eyes.

This would mean the little girl could look at a picture and the computer could read out what she would like, so she could communicate with her family.

Alexandra said: “I first came across it online. The system is incredible. It can be loaded up with all  our photos.” 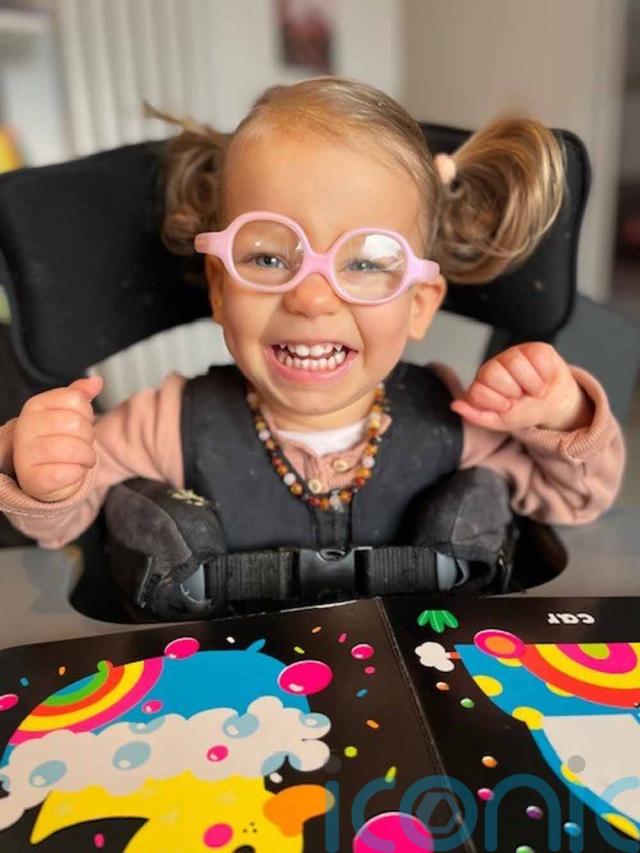 She added: “Doris could then look at who she wants and it’ll call out for us. It could allow her to say when she’s hungry, thirsty, when she doesn’t want the food I’m trying to feed her.

“This could finally give Doris her voice.”

But, costing £7,000, the system is not cheap, so the family are appealing for help to buy it. 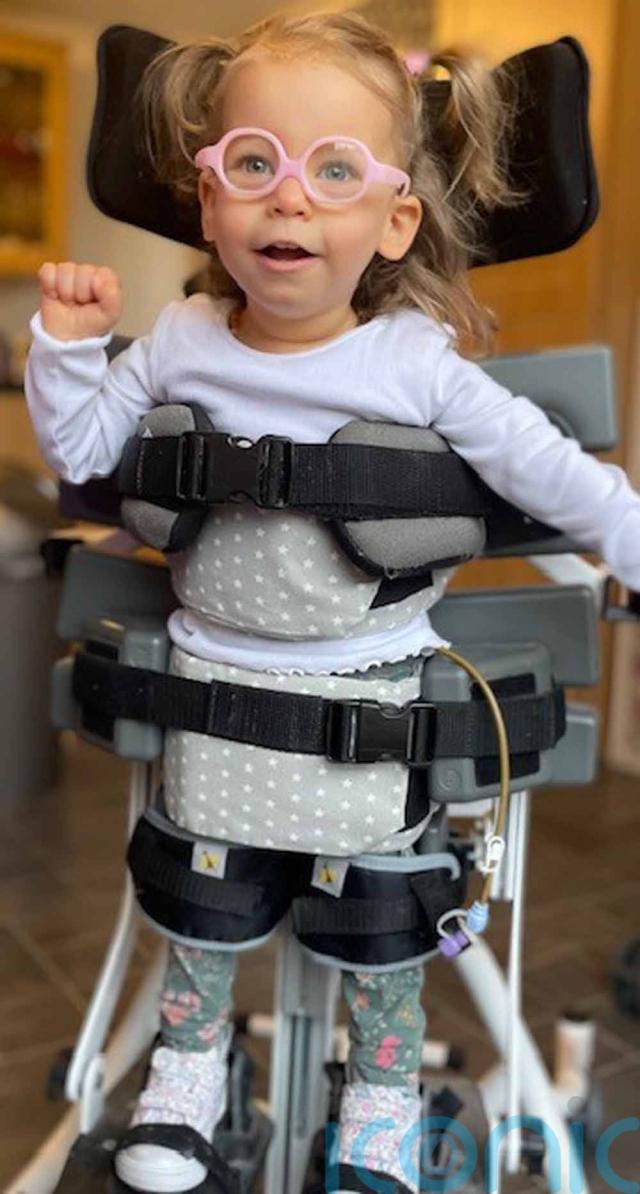 Alexandra said: “The NHS won’t fund anything like this for Doris for years, if at all.

“As I had to give up work, we just don’t have the money for it, as a family so,  I’m swallowing my pride and we’re asking people for help.”

Launching a GoFundMe page called ‘Help give Dinky Doris a voice!’  they have already made a third of their total, thanks to the generosity of loved ones and strangers. 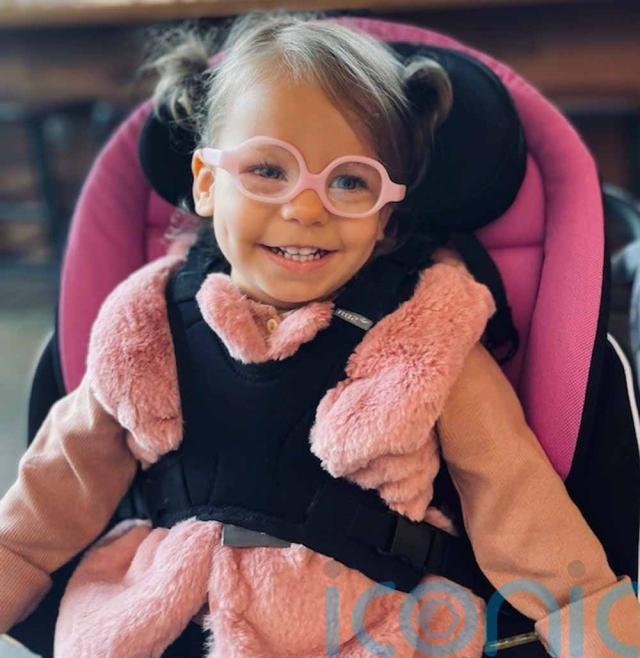 Alexandra said: “I just feel that every child has the right to be able to make choices in their day-to-day life – whether it’s as simple as choosing what toy or book they want, or saying their tooth hurts or their ears.

“This is stuff that most of us, as  parents, take for granted.

“But I’ve had to guess what she wants, feels, and thinks for the whole of Doris’ life.” 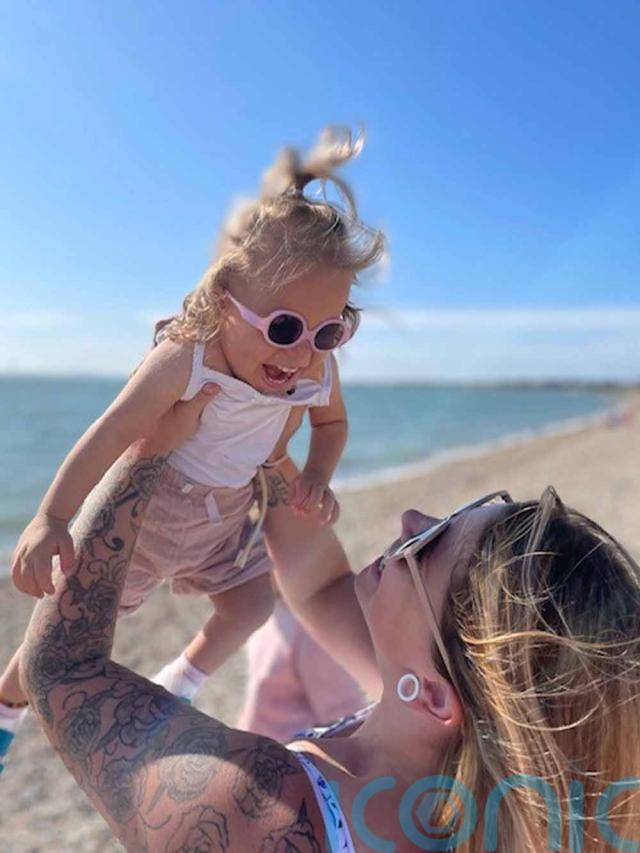 She added: “However long we have with her, please give her the chance to communicate while she’s here. Doris needs a voice.”

To donate to Dori’s fund go to: https://www.gofundme.com/f/help-give-dinky-doris-a-voice 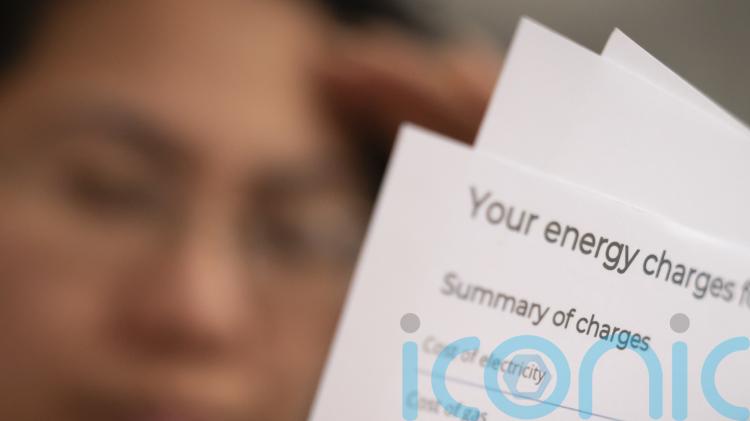 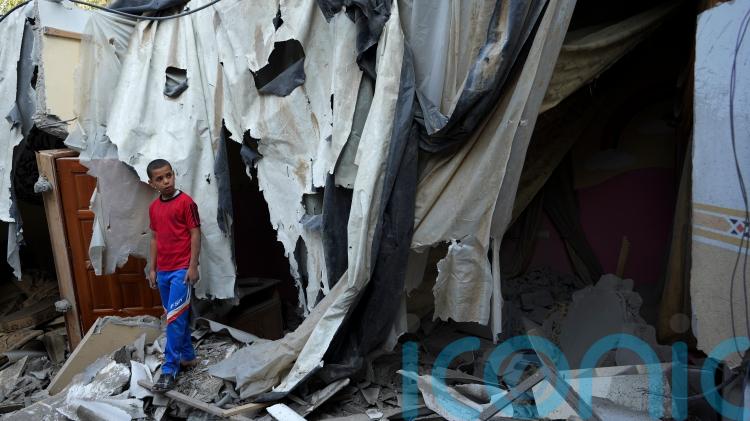