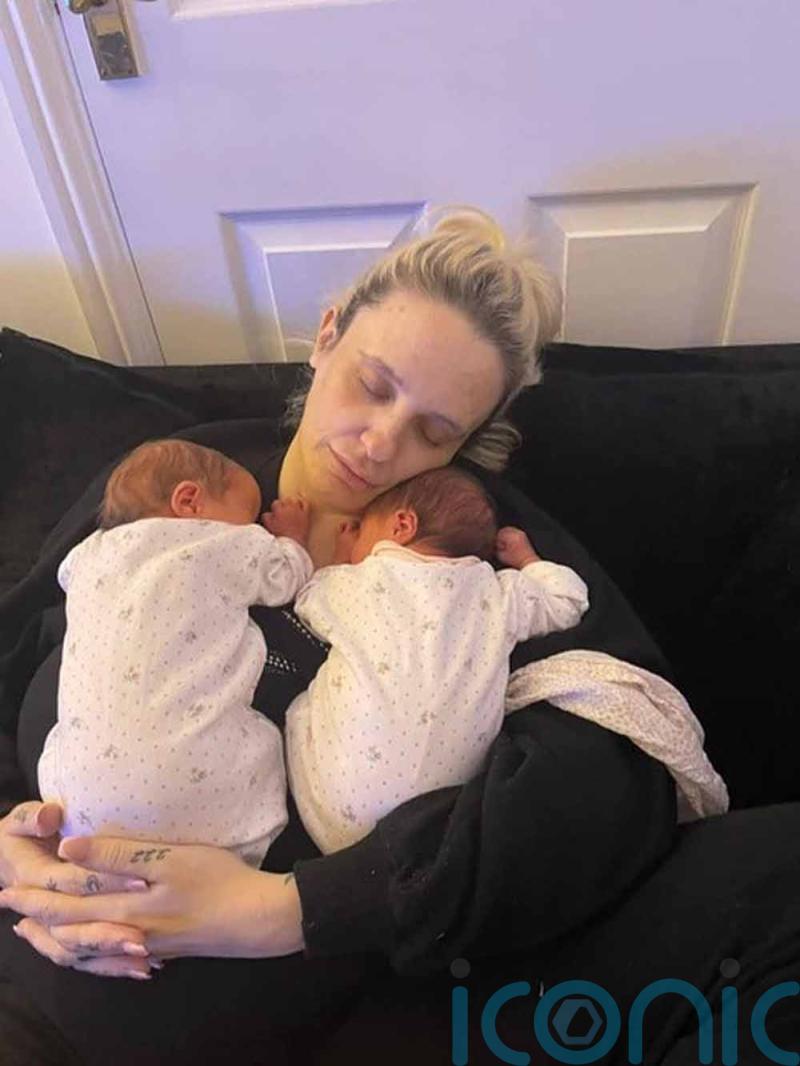 An entrepreneur who had 16 miscarriages and saw herself “lose” a multiple pregnancy was astonished to discover she had experienced “vanishing twin syndrome”  only for them to “reappear” and for her to deliver two healthy babies.

After enduring countless miscarriages over 20 years, Emma White, 38, had even lined-up a surrogate, convinced she would never give her daughter, Molly Rose, 12, a brother or sister.

Emma, of Kirby near Liverpool, who has her own make-up line and trains business people, said: “My miscarriages started when I was just a teenager and I went on to have 16 of them over the years -all before nine weeks.” 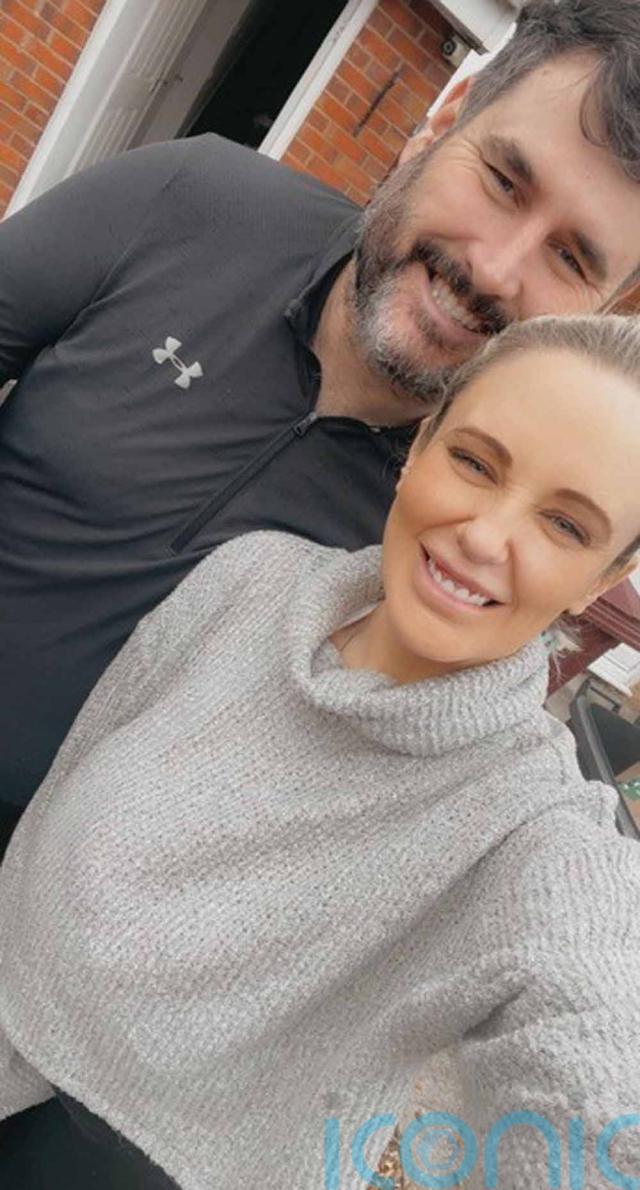 She added: “It was absolutely crushing. I’m now making it my mission for other women who miscarry to know they’re not alone.”

Experiencing her first miscarriage at just 18, when she finally gave birth to Mollie Rose, 12, she decided never to try again, to avoid further heartbreak.

She said: “I had my one child. I’m an only child myself. I thought that was it for me after Mollie Rose. After all the pain and the worry, I was content.”

But when Emma  who has never been given a reason for her recurrent miscarriages met her current husband, jewellery importer Joe White, 41,  in 2019 her feelings changed.

“I met Joe and he told me straight away he wanted children. I told him no. But then about two weeks later I was so happy, in love and comfortable that all I could think was give me babies!” 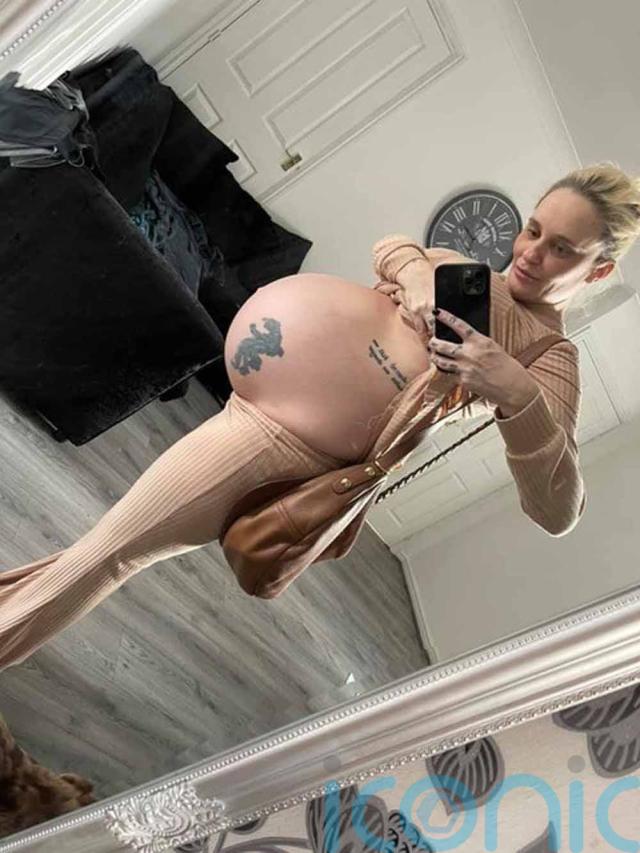 The couple tried one last time and fell pregnant again in late 2020.

At an early scan they discovered they were having twins but, sadly, this pregnancy too ended in a miscarriage at six weeks – something Emma discovered on her birthday.

She said: “After I’d lost the twins I knew that was it. I just couldn’t do it again. Joe completely understood.”

But, just a month later, Emma found out she was pregnant again unexpectedly after failing to use protection, as she had so recently lost the babies.

Spending the early days of this pregnancy terrified, she said: “I’d check the toilet every time I went.

“I was scared to use it,  scared to cough, scared of any ache or pain.” 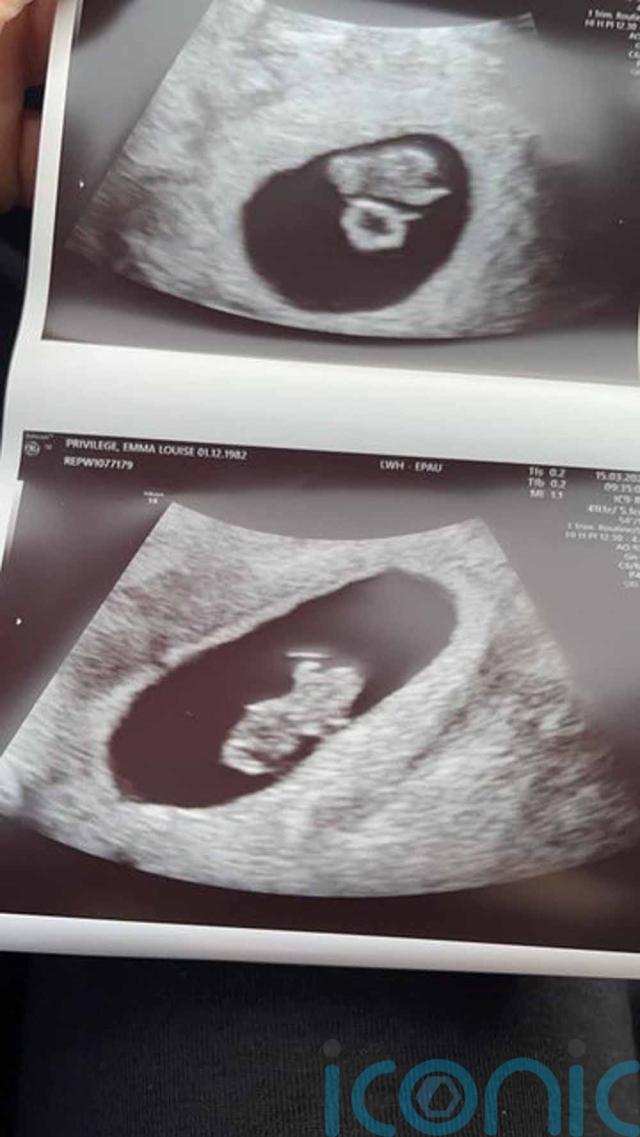 At six weeks, she began bleeding and shaking uncontrollably.

At Liverpool Women’s Hospital hospital she was given a blood test and told to return in two days for a scan.

She said: “I got in there, lay down and the sonographer didn’t turn the screen around. I’d been in so many times before and I knew it meant more bad news.”

Picking up the phone, the sonographer called for support and the room filled with medics, as Emma was prepared for emergency surgery.

“One person was trying to put socks on me, another was reading warnings about surgery off a piece of paper,” she said.

“Finally, someone told me it was a confirmed ectopic pregnancy – when an unviable fertilised egg implants itself outside the womb, usually in one of the fallopian tubes.”

She added: “I was told I’d have to have one of my fallopian tubes removed.”

Within six minutes of the sonographer making the emergency call, Emma was in theatre being sedated.

When she woke, she imagined any last hope she had of ever having another baby herself  had gone – but then overhead a doctor talking to a colleague that night and mentioning that she was pregnant. 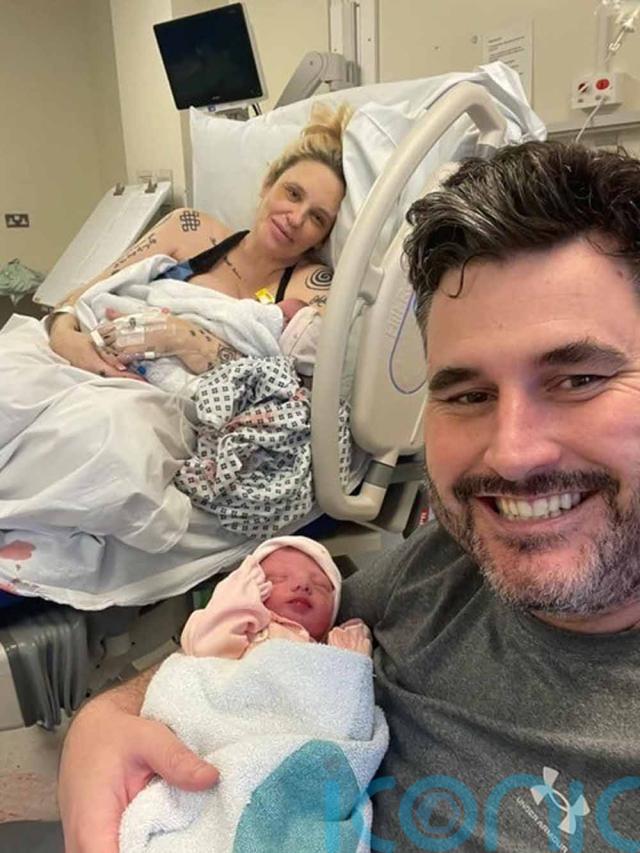 Far from an ectopic pregnancy, a blockage had been found in one of her fallopian tubes during surgery, which was cleared, so her pregnancy, which was correctly located in her uterus, was continuing.

And at a scan a few days later, revealed not the one baby she longed for – but three.

Emma said: “I was stunned. I still couldn’t believe it as I was taken off to see a specialist in multiple pregnancies.”

She added: “She walked in and said, ‘So, four babies.’ She showed me another scan image and there they were – four tiny blobs.”

Both Joe and Emma were delighted at the unexpected news of their naturally conceived quads and a private scan confirmed their four babies were doing well a week on.

But at nine weeks, Emma began to bleed profusely and was taken to hospital by ambulance, but told her babies were healthy.

Two days on, she stood up and  “felt something fall out.”

Looking down, she found herself staring at what she describes as “clearly little babies.”

As she was still bleeding, hospital staff were unable to perform an internal scan, but an external scan showed there were no signs of pregnancy. 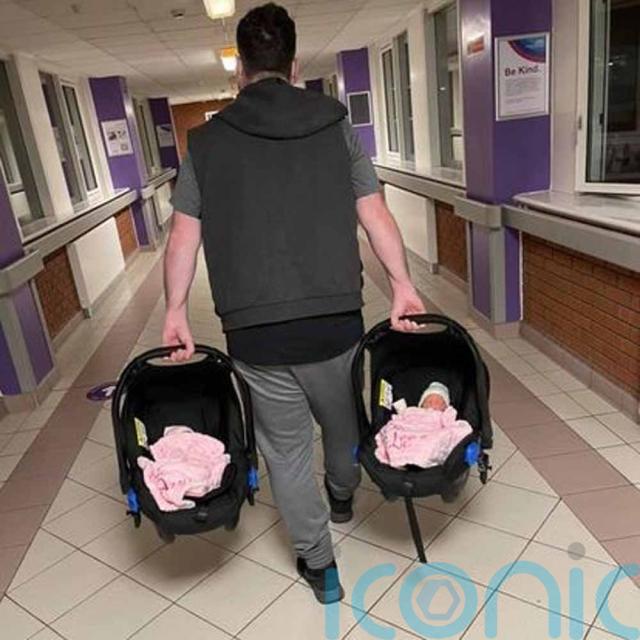 Emma said: “I was told it looked like I’d passed the pregnancy.

“I knew they were right, as I’d seen the babies with my own eyes. I knew they’d gone.”

Knowing this was the last time she could ever put herself through this, Emma shared the tragedy on social media for support.

She said: “I put it all on Facebook and a woman came forward offering to be my surrogate. We were all lined up and ready to go.”

But, weeks later, she had a poignant dream in which her late grandfather, David, appeared to her and told her the babies were still there.

Emma said: “I woke up with a start. My grandad died when I was four and I never have those kinds of dreams.”

She added: “I grabbed a doppler I had on top of the cupboard, held it to my stomach and listened. Sure enough – there was a whooshing sound.”

Despite Joe’s confusion and scepticism, Emma headed to hospital and insisted on being scanned.

She said: “They must have thought I was mad. I’d been marked down as having lost the babies and there I was, hysterical and crying, saying, ‘I’ve had a dream. I’m still pregnant’.” 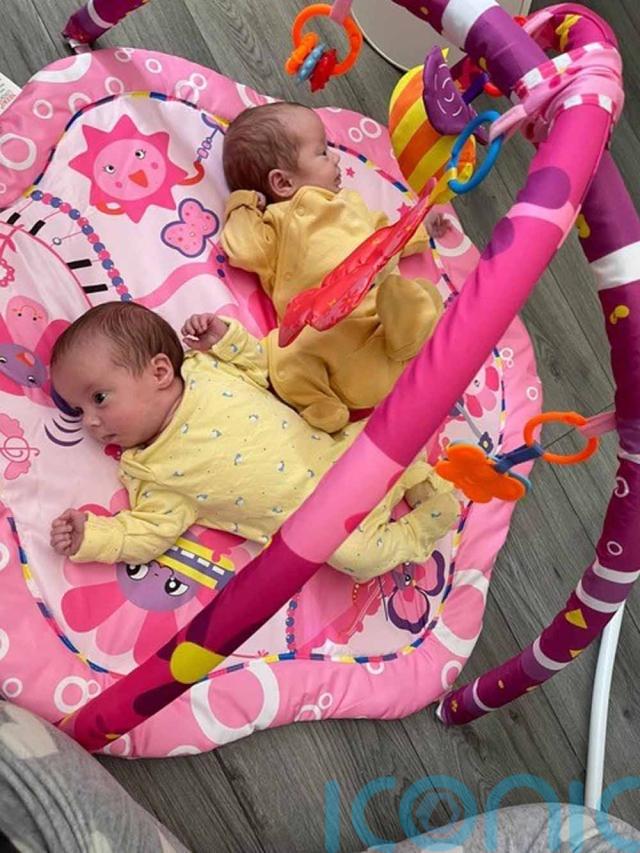 But, sure enough, a scan showed Emma was still pregnant with two babies.

The condition happens when one of a set of twins dies in the uterus and the embryos are normally then reabsorbed into the body.

Astonished at the news and already 12 weeks pregnant,  she headed home to tell a shell-shocked Joe.

Describing the remainder of her pregnancy as “amazing, ”she was induced at 37 weeks and delivered two healthy girls – 5lb 2oz Aurora Azalea and 5lb 11oz Ophelia Lili on 2 October 2021 at Liverpool Women’s Hospital.

Emma said: “I love being a twin mum. It’s not for everyone, but I cherish every single day.

“It still feels like a miracle even now the girls are three months old.”

Emma, who has a following of 35,000 on Facebook due to her work, says she could not have got through he ordeal without her social media friends – especially the stranger who offered to be her surrogate. 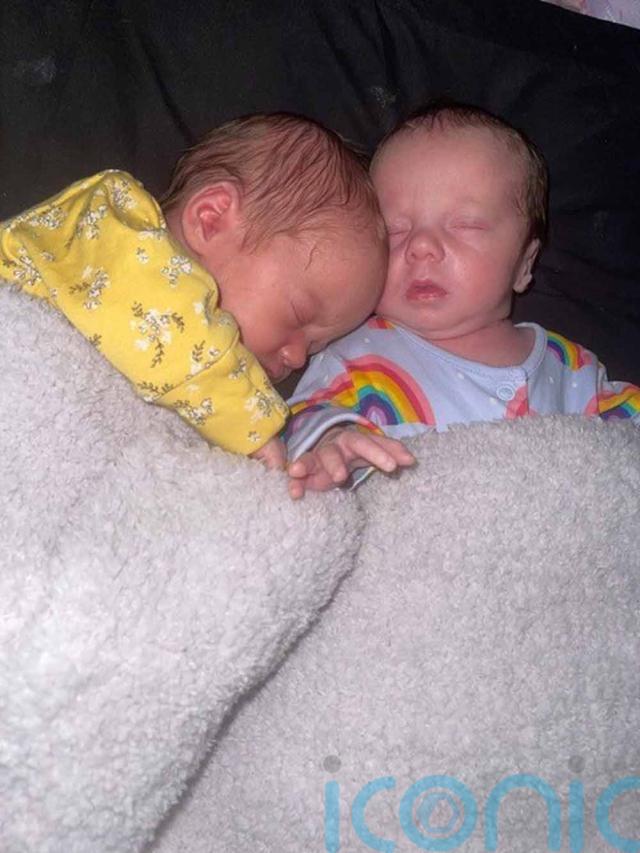 She said: “It was all during the pandemic, so I couldn’t give my friends and family hugs like I wanted to.

“All the messages and support of my followers really got me through.”

She added: “I just want all the women out there to know there’s no shame in it. There are so many of us suffering, thinking we’re mad, terrified every time we get pregnant. I hope my story can give some hope.”

He said:  “Vanishing twin syndrome is an early pregnancy condition in which one of a set of twins disappears as result of being reabsorbed within the uterine cavity.

“The outcome is that of a spontaneous reduction of a multiple pregnancy to a singleton pregnancy, as demonstrated on an ultrasound scan.”

He added: “The condition can manifest as the disappearance of an early empty gestational sac to that of a sac containing a foetus with or without heart activity.