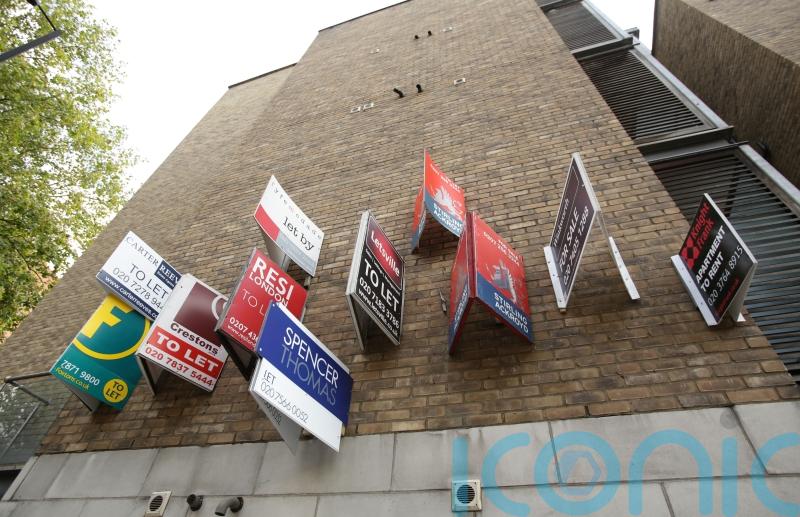 Tenants are staying put for longer rather than being potentially hit with record rents by moving elsewhere, research from a property website suggests.

The average monthly rent being advertised across Britain (excluding London) was a record £1,088 in the first quarter of 2022, marking an 11% annual increase, Rightmove said.

In London, average asking rents have shot up by 14% annually to £2,195 per calendar month.

There are also more than triple the number of tenants inquiring as there are rental properties available, making the market highly competitive, according to the website.

The lack of stock stems from longer tenancies, coupled with demand from people who had previously put plans temporarily on hold due to the coronavirus pandemic, it suggested.

The Royal Institution of Chartered Surveyors (Rics) said this week that 63% of property professionals expect rents to rise in the next three months, the highest proportion since its records started in 1999.

Rics said the number of available properties to rent is also edging down, as demand from renters increases.

Nearly two-thirds (63%) of landlords told Rightmove they have kept rents the same for their tenants over the past year, with the remaining 37% saying they have increased their rents.

Some agents in bigger cities reported that tenants who had previously been able to move into a property during the pandemic for a much lower rent than would normally be the average for the area, have since seen rents return to higher levels as demand has increased.

As living costs soar, Rightmove said there has also been an increase in tenants focusing on properties where all bills are included.

Analysis of features offered for more than 20,000 build-to-rent listings on Rightmove showed a significant increase in demand for properties with all bills included.

Over the past year inquiries from tenants have jumped by 36% for this type of property, the biggest increase out of all available features.

A smaller proportion (5%) of landlords said they have seen the average tenancy length decrease.

Tim Bannister, Rightmove’s director of property data, said: “A shortage of rental homes and strong demand for the properties available has led to a greater number of tenants choosing to renew their leases and stay put, rather than re-enter a competitive rental market.

“People who had been waiting to see what happened last year are now being faced with record rents and so are seeking out properties where they can have more certainty over their outgoings, with all bills included becoming increasingly sought after.

“Landlords may have been tempted to put their rents up given the high demand from new tenants, but many understand the affordability challenges of rising rents and bills, as our study shows that the majority are charging their tenants the same as a year ago.

“Many landlords build up a relationship with their tenants over a number of years, and they will want to keep a good tenant for longer if they can, rather than cash in on a rent rise in the short term.”