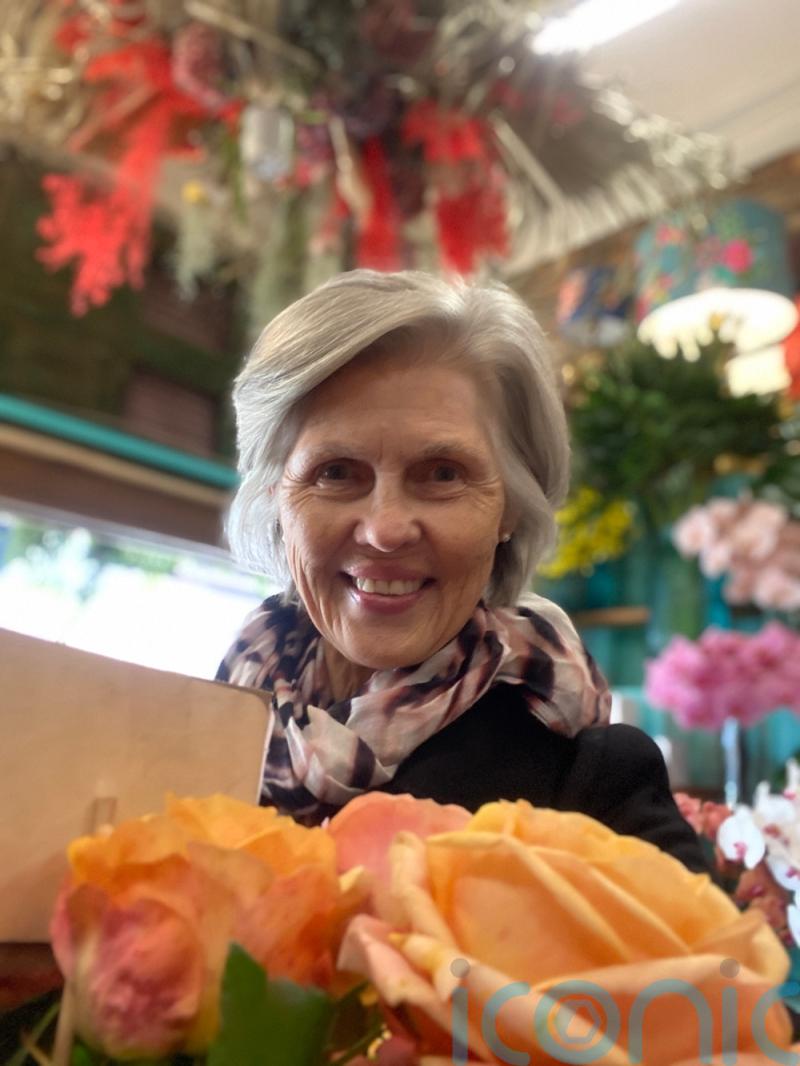 A 69-year-old agony aunt for the TikTok age is attracting over a million views for videos sharing her thoughts on everything from “smelly f**ts” to dandruff prompting thousands of comments from her 700K fans which she replies to individually.

A wellbeing guru with a quirky edge, Jhyll Teplin’s diverse career has seen her working as everything from a fashion designer to an actor in the Australian sitcom Summer Heights High, in which she played the mum of private schoolgirl Ja’mie.

Also director of an organic skincare brand, Jhyll’s sunny disposition in short, laughter-filled videos, which she signs off wishing viewers a “fabulous day”  – many of which have gone viral – has made her a social media star. 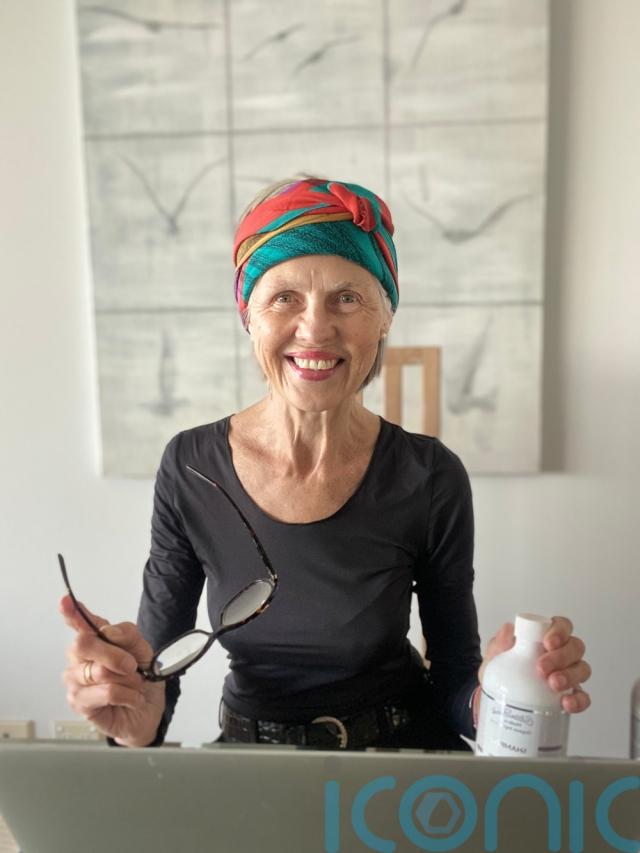 Yet Jhyll, of Melbourne, Australia, admits that her new online fame fails to impress many of her cotemporaries, explaining:  “Most of my friends don’t understand the TikTok world. They don’t see how interesting and fascinating it is.

“I have no idea what I’m doing, but I love the community it has created.

“If I can just help one person a day to smile or laugh because of my stupidity then that has made my day.” 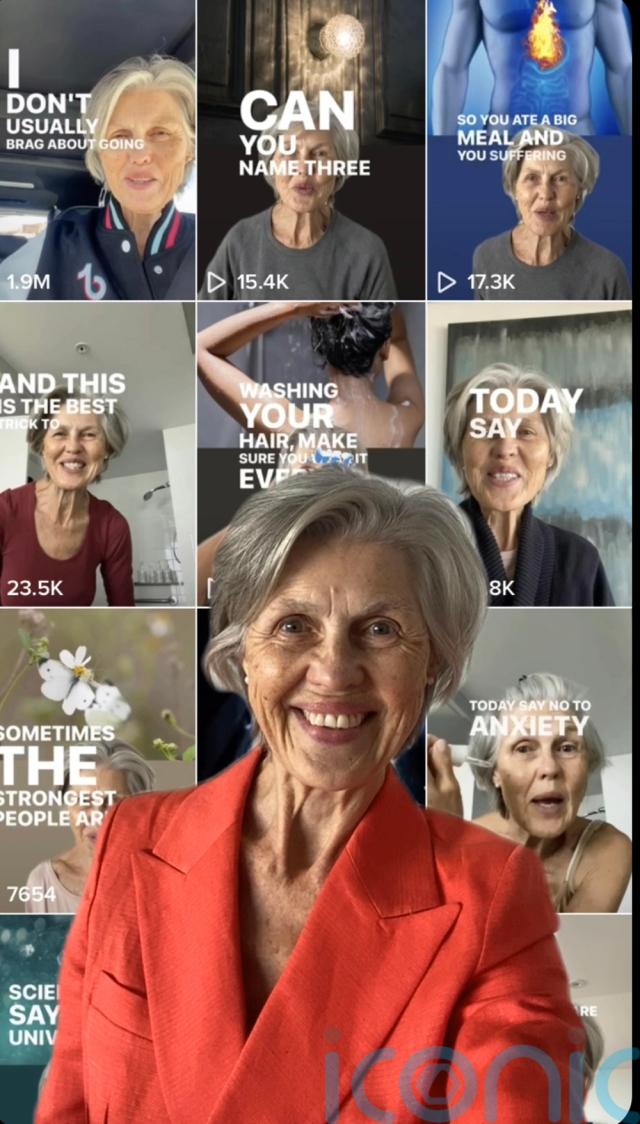 With little experience of social media before 2020, Jhyll found herself unexpectedly “addicted” to TikTok just before the pandemic, after trialling a video sharing health and wellbeing tips online.

She said: “I have always been focused on my health, but it’s something I have learned and educated myself about over the years.

“I had no idea what I was doing but I posted a video on TikTok on New Year’s Day 2020 and the next thing I knew, it just blew up.”

She added: “I get so many messages, emails and direct messages through Instagram with people saying I have helped them and put a smile on their face and that is amazing.

“I spend up to six hours a day making content and sending people individual replies.”

Jhyll’s full and varied experience of life has given her a unique presentation style – helped by her acting prowess – that makes her videos entertaining and accessible.

Completely uninhibited, she chuckles as she delivers quirky messages about subjects like humidity levels in the shower, saying: “The higher the humidity, the smellier your f**ts are! Have a fabulous day!”

In another video she tackles talking to yourself, saying: “Did you know it’s OK to talk to yourself? It’s even ok to answer yourself. But when you ask yourself to repeat what you just said you have a problem.  Have a fabulous day!”

And in one even addresses the soaring cost of living in her own inimitable style, saying: “I never usually brag about going to expensive places but I’ve just left the petrol station! Have a fabulous day!”

After studying fashion in South Africa, Jhyll worked for a big company travelling to runway shows in major European cities, both buying fabric and seeing her own designs come to life.

Working and raising her two sons in Portugal in the late 1980s, she then moved to Australia in 1992, where she dabbled with her own businesses in clothing and skincare.

She was even asked to create a herbal tea for the singer Michael Jackson. 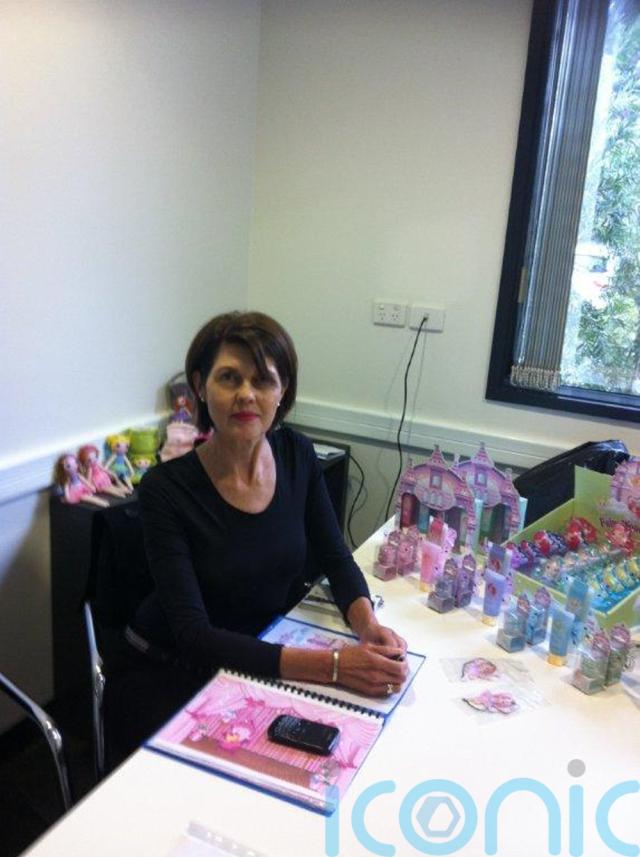 She said: “It was in around 2001. Michael Jackson was visiting the Raffles Hotel in Singapore and they wanted to offer him a variety of beautiful herbal teas.”

As her interest in health and wellbeing developed, a friend asked for her advice on treating her daughter’s eczema, which led to yet another new business idea.

She said: “My friend rang me saying she was interested in finding an organic skincare product to heal her daughter’s eczema.”

Jhyll added: “We worked for 18 months with chemists to find a cream that worked, with natural and organic ingredients.”When her product was deemed a success, Jhyll co-founded Organic Glitter Friends, a natural beauty and healthy living company, with co-director, Elaine Li,  and dived head-first into reading every health and wellbeing book she could find.But when the pandemic hit in 2020 and sales dipped, after her brief foray into the world of TikTok on New Year’s Day, she began to regularly post videos giving her wellbeing tips and simple advice to help others.

She said: “Drinking water, eating healthily, listening to your body and understanding what you need are key to wellbeing.

“When I wake up, I always do some stretches and yoga before swimming from  6am to 6.30am in the local pool and running or walking 3km every day.”

When Jhyll is not exercising or researching health and wellbeing, she is replying to as many of her followers’ messages as she can. 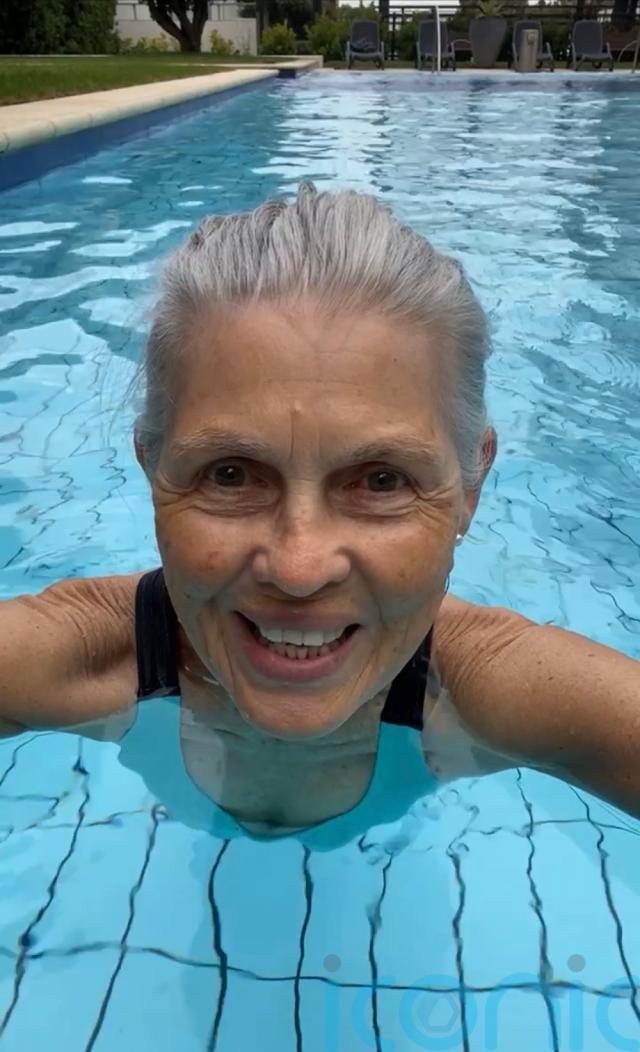 She said: “I check TikTok twice a day, once in the morning and once in the evening and try to respond to everybody.

“Sometimes I have 5,000 comments to a single video, so it is tricky to reply to them all, but I do my best.

“I get messages from people worried about dandruff and I will look at their profile to see what they look like and respond accordingly.”

Jhyll added:  “Or boys message to say they are worried they aren’t growing tall enough and I tell them they will be okay and say they need to eat healthily, sleep and workout.

“You see so many kids vaping, smoking, drinking or taking drugs and I tell them to take care of themselves and look after themselves.

“In my videos, I wish everyone a fabulous day and I get people messaging me to say they have never had someone tell them to ‘Take care’ or ‘Have a fabulous day’ before.” 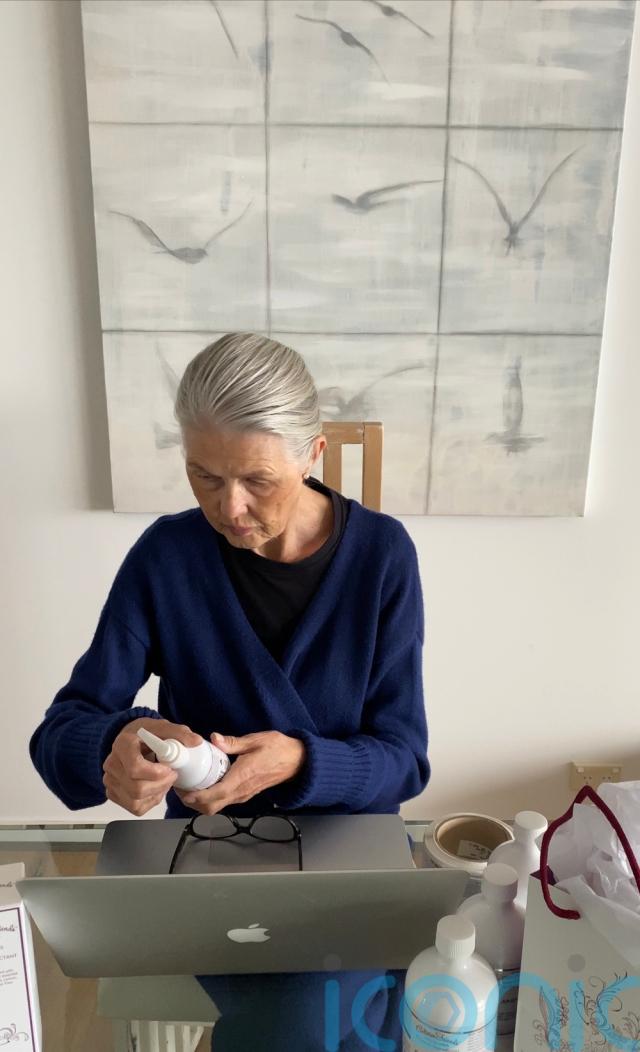 Fans from her acting days have also become strong supporters of her TikTok work.

Recalling how her TV career started, she explains that, like her TikTok success, it was really a happy accident.

She said: “It was around 2005, I got a call one night from a friend working on a show, saying they had a character that would be perfect for me.” 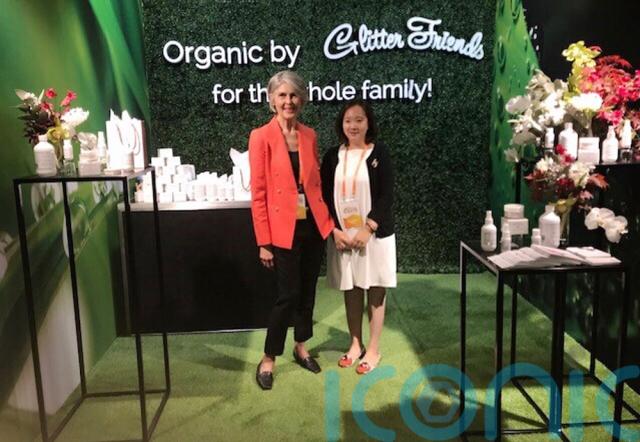 Jhyll added: “I had never acted before, but I turned up for the audition and they said I was perfect and next thing I knew, I was signing the contracts. I was petrified the whole time but it was amazing.”

But while Jhyll, who is married,  is very open about her career progression and has an extremely welcoming and intimate TikTok style, she keeps her family and private life strictly off limits.

She said: “This is about me and what I think, not about them, so there is no need to include them.”

And while her own grandchildren are too young to understand TikTok, Jhyll says she has become the ‘TikTok grandmother’ to thousands of fans.

She said: “I get messages saying I am a ‘beautiful grandmother’ and they ask me to adopt them, which of course I always say yes to. I have thousands of grandchildren on TikTok now!

“So many people don’t understand TikTok and think it’s stupid – but it can be amazing and powerful.” 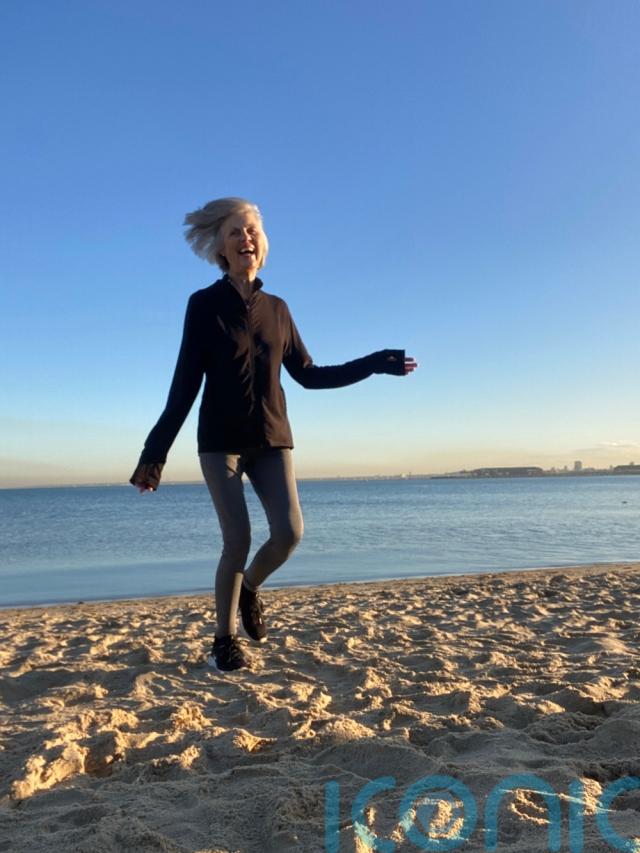 Jhyll added: “I was once told, when things get hard, that we have a monkey mind and you choose which monkeys to play with – the ones that are happy and jumping, having fun, or the ones feeling sorry for themselves in the corner.

“The choice is yours. I choose to be happy and hope that my videos and tips help other people to feel that way too.”