A Welsh landscape photographer had a wonderful surprise when she traced her family history and discovered her great great great grandfather was a fellow lensman whose acclaimed pictures of the Scottish countryside can still be found as postcards.

When Karen Sawyer, 53, became interested in genealogy in 2019 after her dad Hugh, 75, a retired stonemason, compiled his family tree, she had no idea that photography was in her blood.

Putting the March 2020 lockdown to good use, she dug into her ancestry and discovered that her great great great grandfather William Hunter had been a famous Scottish photographer in the 1800s and was able to track down some of his work over 100 years after his death.

Karen who is single and lives near Llanglydwen Carmarthenshire, South Wales, said: “I was stunned to discover he and I had so much in common.

“After finding out he was a photographer, I Googled his name and found his photos on vintage postcards still available and in the hands of collectors. I was shocked they still existed.”

Karen has since collected as much of William’s photography as she can, restoring it using modern technology and blowing up the images to A2 size for the very first time. 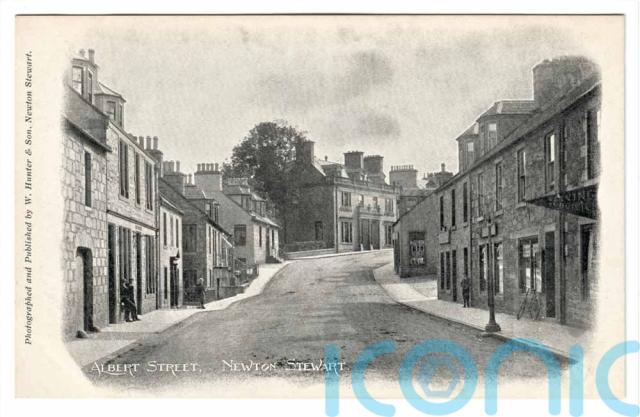 She has also travelled to his native Galloway in south west Scotland and recreated some of the photos herself.

She said: “A lot of the things he photographed were the same as the things I like to photograph  – like ancient sites and standing stones.

“I took the same pictures myself as I wanted to put myself in his shoes and see how much the landscape had changed. It’s been an amazing experience to see how much we had in common.” 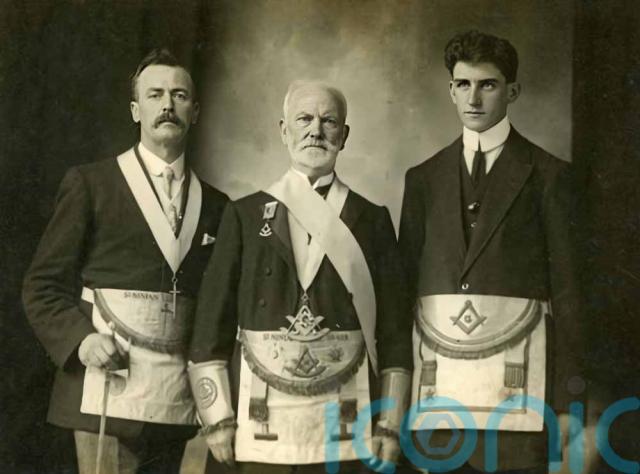 Inspired by her dad drawing up his family tree, Karen decided to look back through her ancestors on the side of her mother Glenys, 73, a retired accountant.

Joining the Ancestry.co.uk website, she started to “put together the pieces of the puzzle.”

She also had a DNA test through the genealogy site, that led to the discovery that she had both Welsh and Scottish roots.

She said: “It was a case of working back in time. The DNA test opened up connections with living family members I didn’t know, who could then fill me in on things.

“Asking them what they knew, I then built up the picture a little more.”

Her investigations led to her finding William, her great great great grandfather on her mother’s side, who was born in 1838 and died in 1916 – more than
50 years before Karen was born. 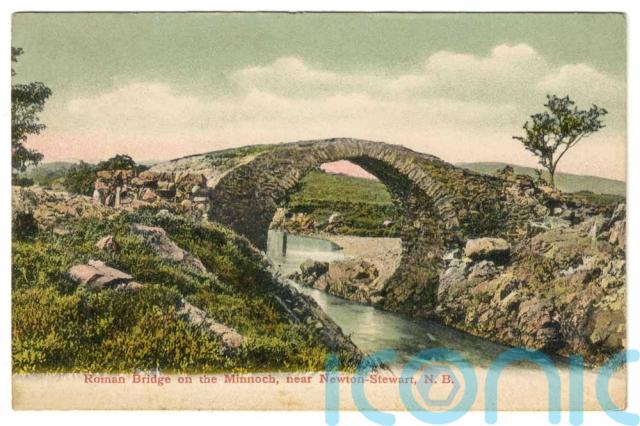 She discovered that he had owned a shop on Victoria Street in Newton Stewart, Galloway.

She said: “I couldn’t figure it out immediately. I saw on a Census form that he’d put his profession as a boot maker.”

But, as lockdown fell in March 2020 and Karen had more time to devote to her project, she uncovered the full truth. 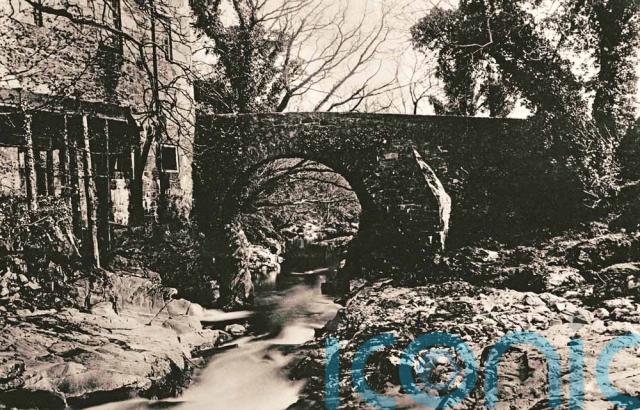 She explained: “It wasn’t until I was putting the pieces together that I realised he had a boot shop in the 1800s and in the corner there was a portrait studio.

“It was a bit like Boots is now – a shop with photography services.”

It was then that Karen searched her relative’s name online and came across the stunning images which had been turned into postcards and are still available on websites such as eBay. 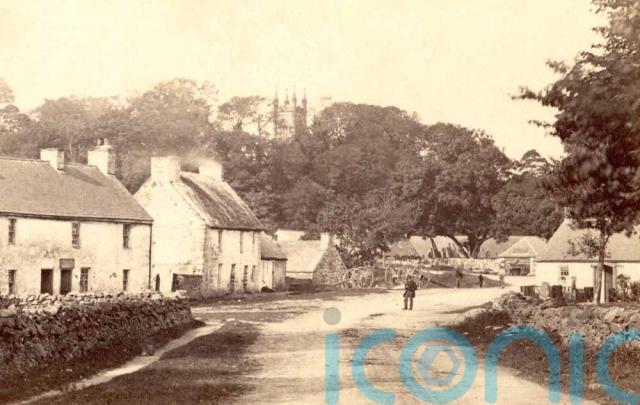 Karen, who was so inspired by her discovery that she began a PhD in genealogy at the University Strathclyde in 2020, said: “His photos were absolutely amazing. It was such an honour to see them for myself.

“But they were all in the hands of private collectors. There was no centralised collection of his work.

“My impulse was to collect as many as I could and build up a body of his work.”

She added: “When the postcards arrived, I’d scan them in and clean them up. They had a hundred years of grubby finger marks all over them, but it was fascinating to see where they’d been sent to. Some had been posted to France and Germany.

“My ancestor’s work had gone all over the world!”

After cleaning up and digitally resorting the images, Karen then travelled to Newton Stewart herself and recreated some of them. 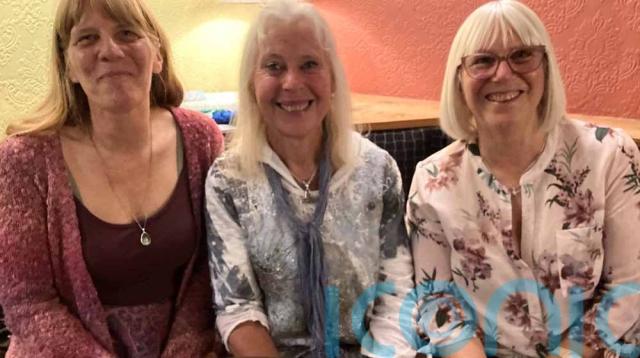 She said: “William photographed all around that area. He would only have had his horse and cart but travelled quite long distances taking pictures of south west Scotland.

“There were mountains and lochs. He’d photograph events and people as well.

“I got such a sense that he loved the land and nature.” 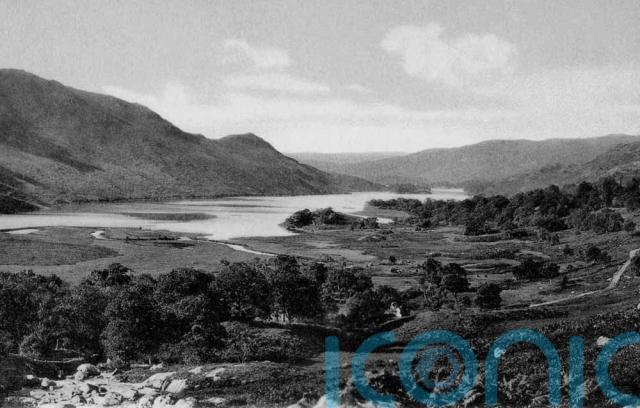 Karen was then contacted by the owners of two museums in Newton Stewart and nearby Creetown and put on an exhibition of her relative’s work last September.

Visiting the area also put her in touch with some distant cousins, who she continues to enjoy contact with.

Discovering William’s work has even forged a new career avenue for Karen, who has begun selling her portraits of Welsh landscapes on greetings cards. 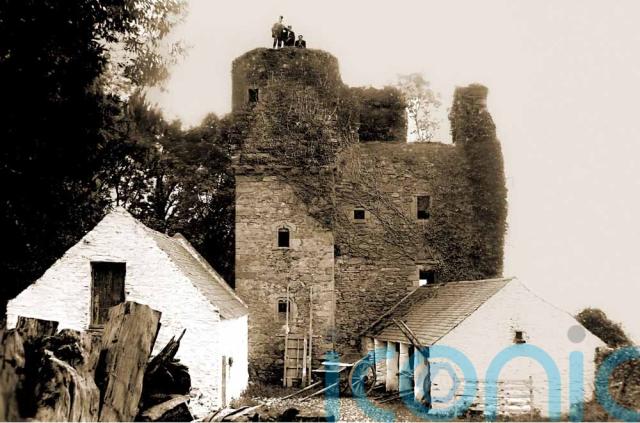 “It feels important as if he didn’t exist, I wouldn’t exist.”