VIDEO: Man with a ‘titanium belly’ goes viral on TikTok eating out of date foods – including an egg 73 days past its best before date 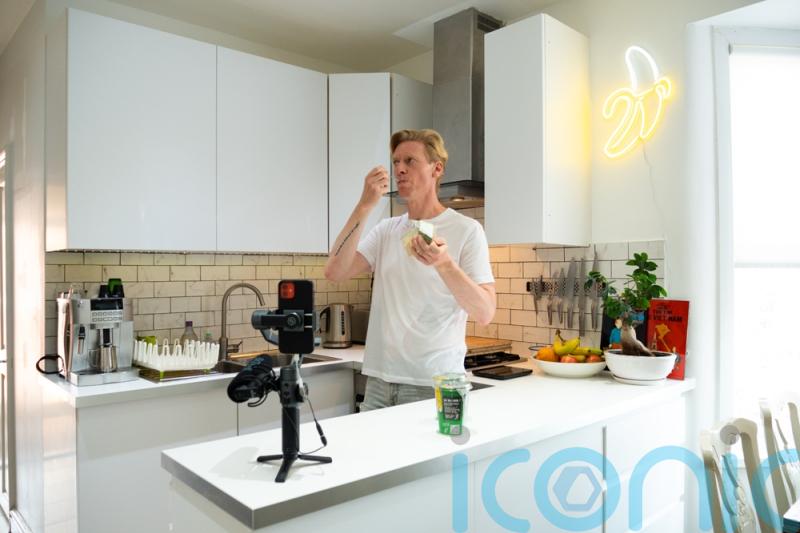 A man with a “titanium belly” has amassed more than four million views on TikTok after going viral experimenting with how far he can stretch the shelf life of foods – including eating a fried egg 73 days past its best before date when another the same age had turned green.

Gavin Wren, 44, from Forest Gate, east London, is on a stomach-turning mission to find out whether staple foods found in many of our fridges, including hummus, coleslaw and yogurt, can last far longer than you might expect and what they do to him if he eats them when they are out of date.

His experiments – some of which are against government safety advice – might chime with people worried about food costs as Britons face the highest rate of inflation in 40 years but be warned: Do not try this at home.

In his day job, Gavin, who is in a relationship with artist Uli Ap, 41, advises organisations on how food production can become more sustainable.

But he is not an expert on food safety and admitted some of his 54K followers on TikTok are worried about him, saying: “I get a lot of messages from people asking me if I’m still alive, if I don’t post for a day.”

Insisting he is “absolutely fine” so far, he explained there is a serious mission behind the bizarre challenges he shares online – to stop food being thrown away if it doesn’t need to be. 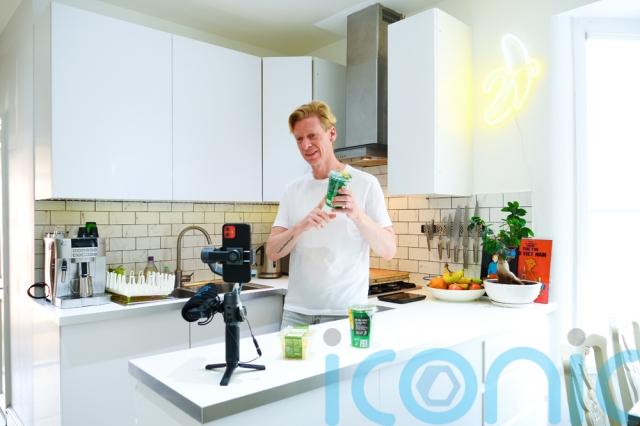 He said: “I am shocked by the amount of food that we waste.

“I grew up in a family where if something looked and smelled alright, you would just eat it. Maybe that gave me a titanium belly.

“But the point of the challenges isn’t to shock or gross anyone out, but to show people that food can last far longer than you would expect.” 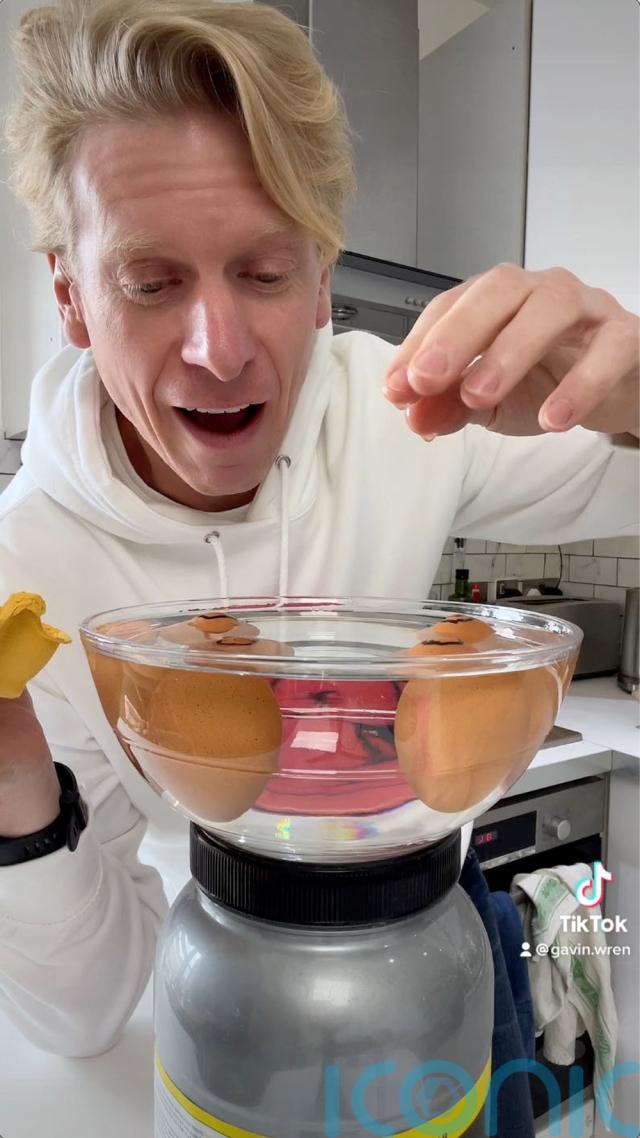 He added: “People always ask me if I have been sick, and I swear to God not once have I ever had any stomach problems or any sickness.

“I have been absolutely fine with all of them.”

Foods Gavin has sampled include hummus 17 days past its use-by date – only stopping when a microbiologist found bacteria in it – and he recently posted a video of himself eating a big spoonful of yogurt, 31 days after its use-by date. 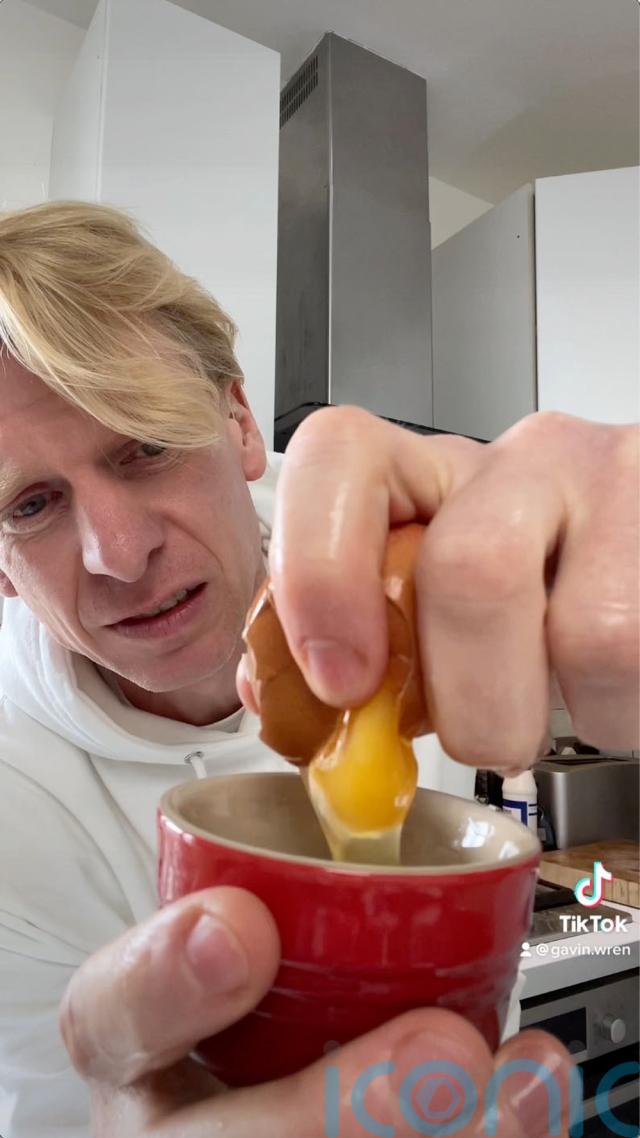 On its website the Food Standards Agency (FSA) explains, a best before date is “about quality and not safety”, while a use-by date is “about safety” and they advise not to eat, cook or freeze any foods past the use-by date.

And the FSA’s head of Foodborne Disease, Narriman Looch, also warned starkly:  “Never eat food after the use-by date, even if it looks and smells ok, as it could make you very ill.”

But Gavin, who has no underlying health conditions, which could make him even more vulnerable to the effects of food poisoning, and keeps his foods in a well regulated fridge, seems undeterred. 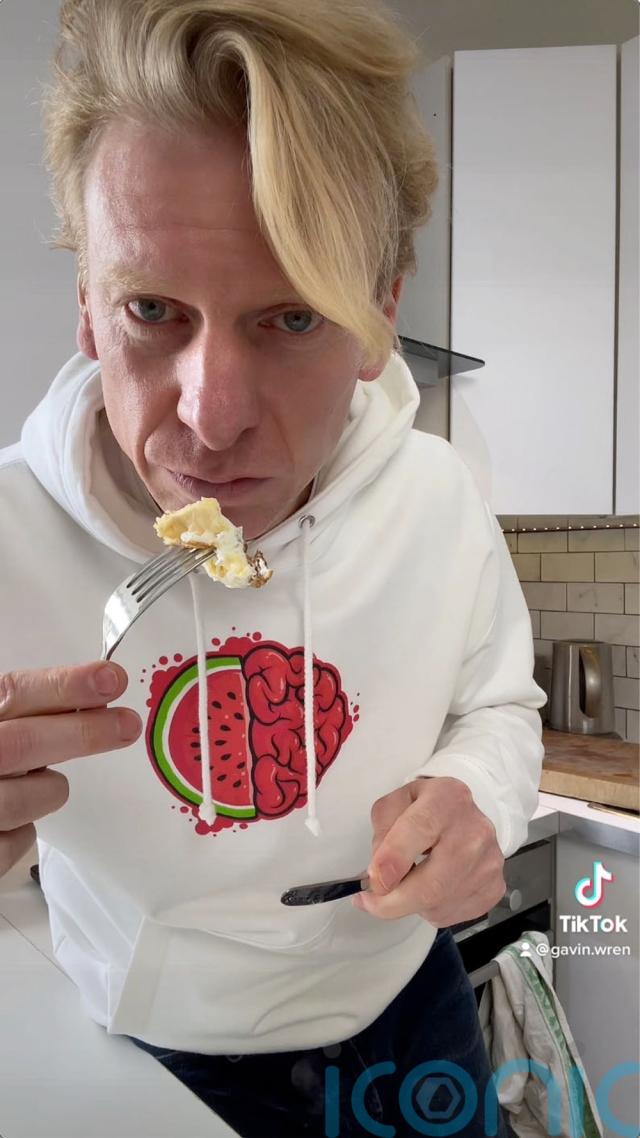 His first experiment in February 2022, that involved four eggs, would probably have put most people off too, with one eventually turning to green slush.

He said:  “I had known for many years that eggs last way longer than their best before date. It is something I found out about 10 years ago.

“To my mind, eggs are a food people are a little bit scared of. I don’t think anyone wants to eat eggs that are off.” 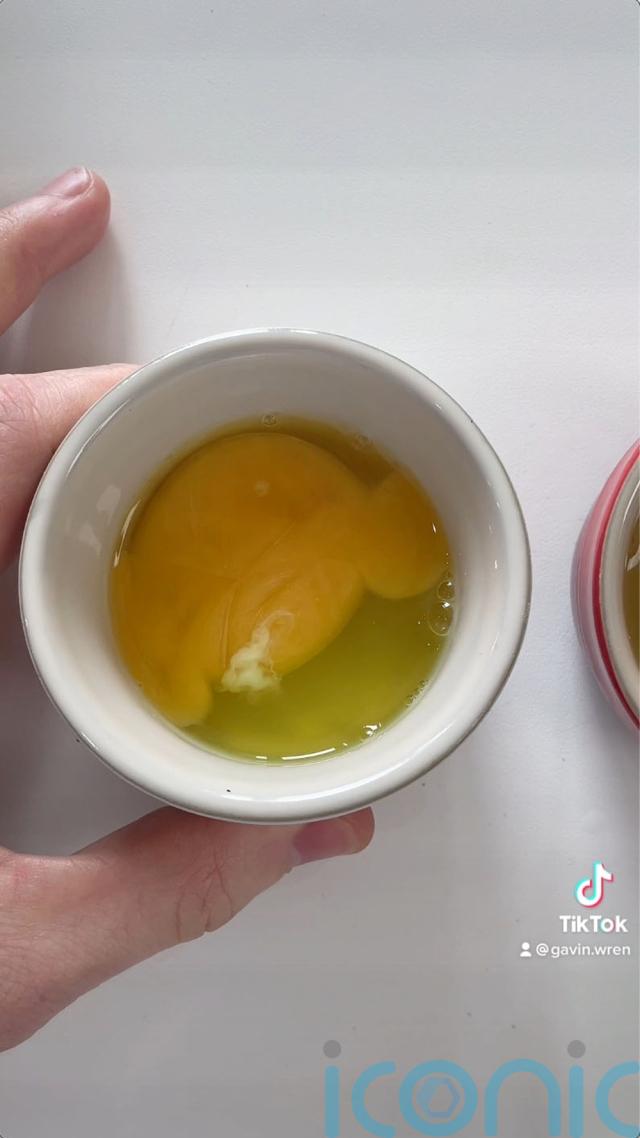 His TikTok followers, he said “became really invested in the journey of these eggs”, watching as he repeatedly placed two of them, that he jokingly named Oswald and Olivia, in water after their best before date to see when they would float – which would indicate that they were rotten.

By May 12, the eggs were 73 days beyond their best before date and Olivia and Oswald had started floating, but one of the spare eggs he had kept in the fridge did not float as much and was still beneath the water’s surface.
He said:  “I opened them to check, and the one of the floating eggs had turned into green slime but it didn’t smell, funnily enough.” 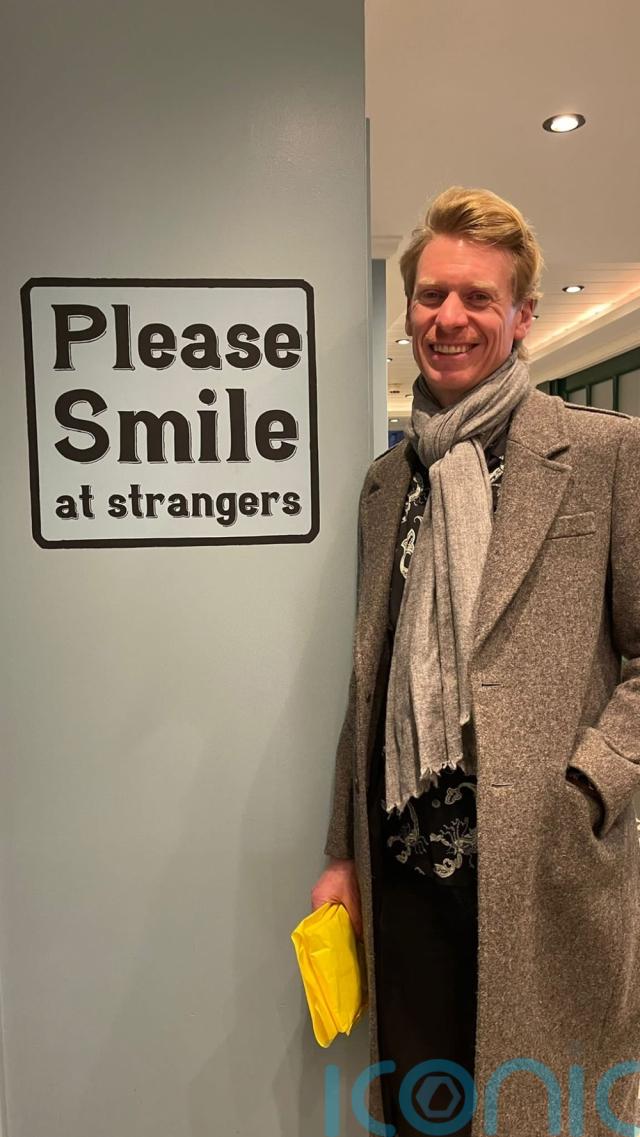 But after cracking open the spare egg that was not fully floating and sniffing it, he decided it was “perfectly fine”.

He said: “I fried it and it was delicious.”

When it came to out-of-date hummus, an experiment he tried in May, Gavin got worried once it reached 14 days past its use-by date, and sent samples away for testing in a lab, though he continued to taste it for another three days. 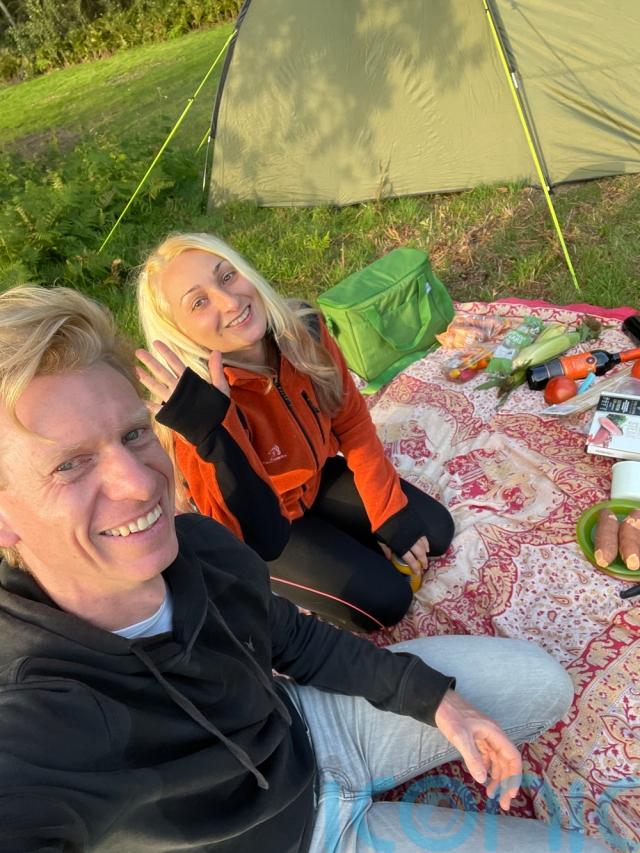 He said: “I connected with a microbiologist who did some testing on a sample I sent.

“She found some bacteria and she advised me not to eat it.”

He followed her advice and stopped but, none-the-less, he doesn’t feel the hummus growing bacteria defeated his cause, arguing: “I ate it every single day for a fortnight before that and felt fine.” 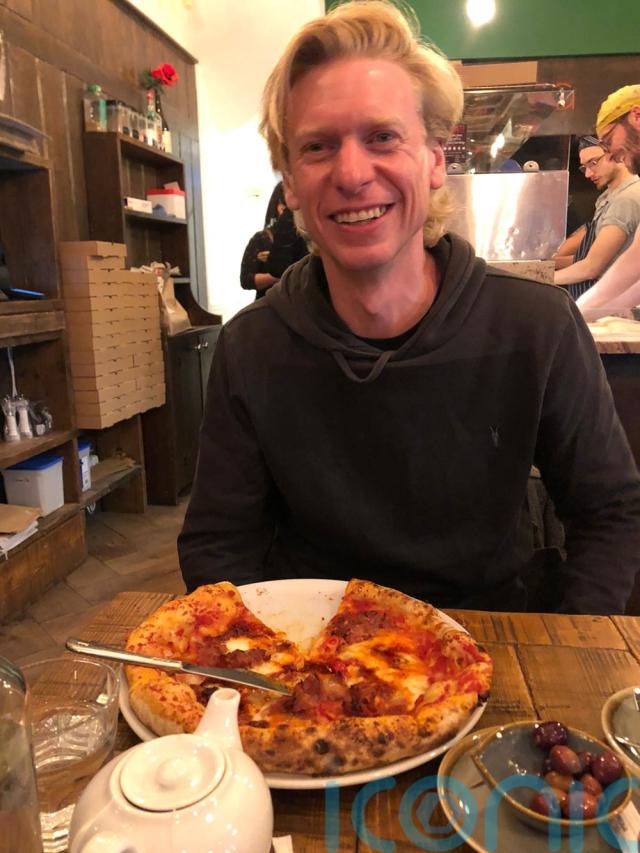 The experiments were not how Gavin started out on TikTok in 2020.

With five years’ experience as a food writer and a Master’s in Food Policy which he completed in 2018 at the City University of London, he intended to tell people where food came from when he began posting as @gavin.wren.

He said: “I started posting videos in early 2020, and I was just messing around really.

“I was just trying to help people learn where their food was coming from and educate people about food.” 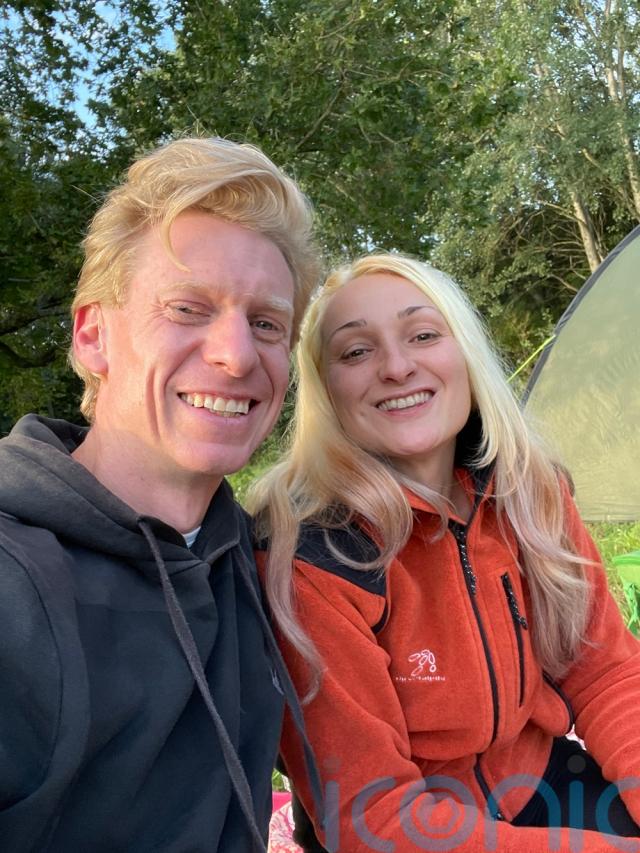 But his out of date food challenges have seen his following double in the past three months alone.

While Gavin is not advocating for people to risk their health eating food that is past its best before or use-by date, he is urging people to use their senses and look at and smell their food before they throw it away.

Narriman Looch, Head of Foodborne Disease at the FSA said: “Never eat food after the use-by date, even if it looks and smells ok, as it could make you very ill.

“We know many people are concerned about food affordability and food waste.

“There are some things you can do to reduce the amount of food you throw away, such as following storage instructions on the packet, checking your fridge before you shop and trying to use up foods that are approaching their use-by date first.