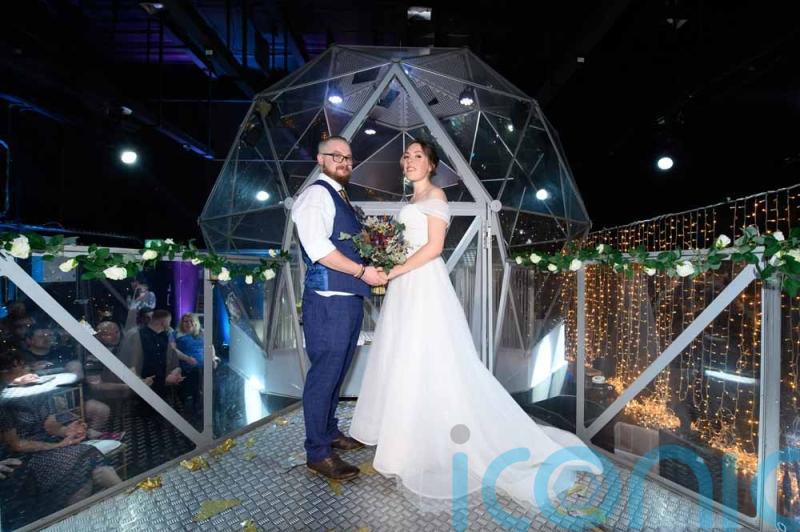 A mum-of-two whose partner staged a scavenger hunt to propose to her has enjoyed an even wackier wedding by tying the knot “game show-style” on the steps of Manchester’s Crystal Maze Live Experience dome.

Both massive fans of the popular Channel 4 challenge game show Crystal Maze, that ran for six series until 1995 and was relaunched in 2017, Sian Johnson, 35, a woodwind instrument repairer, and Steve Wilde, 38, a senior ticketing manager, were determined to make everything about their big day on July 30 quirky.

Sian, who lives in Sheffield with Steve and their children, Willow, three, and Zoe, one, says it was a challenge in itself to top his 2016 proposal for wackiness, saying: “We knew we wanted the wedding to be quirky because it had to beat the proposal.” 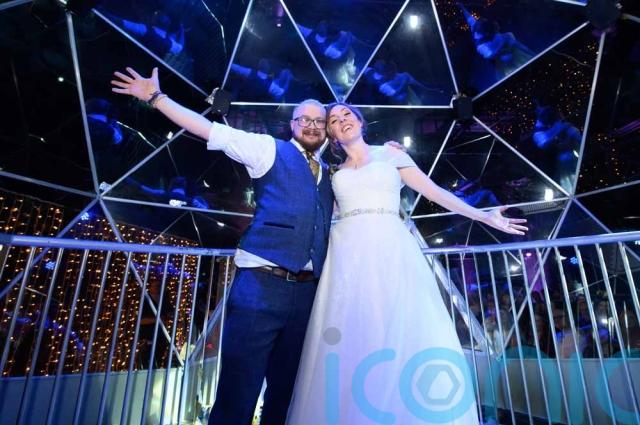 She added: “We loved everything about it and it’s a day our guests have said will be unforgettable.

“We even got bomber jackets similar to the ones worn by Crystal Maze contestants.

“It was a really fun way to bring everyone we love together after being apart during the pandemic.” 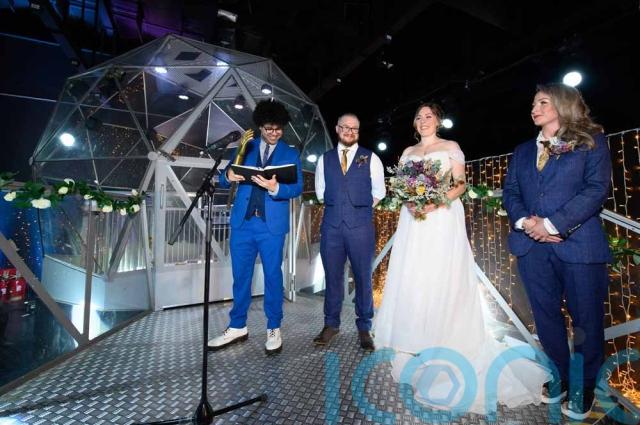 Sian and Steve first met nearly 13 years ago while working at a rock club together and soon realised they were meant for each other.

Recalling Steve’s 2016 proposal, Sian said: “He had sent me off on a scavenger hunt throughout the city on my 30th birthday with different clues along the way.

“All our friends were following me around wearing masks of Steve’s face and couldn’t give me any hints.” 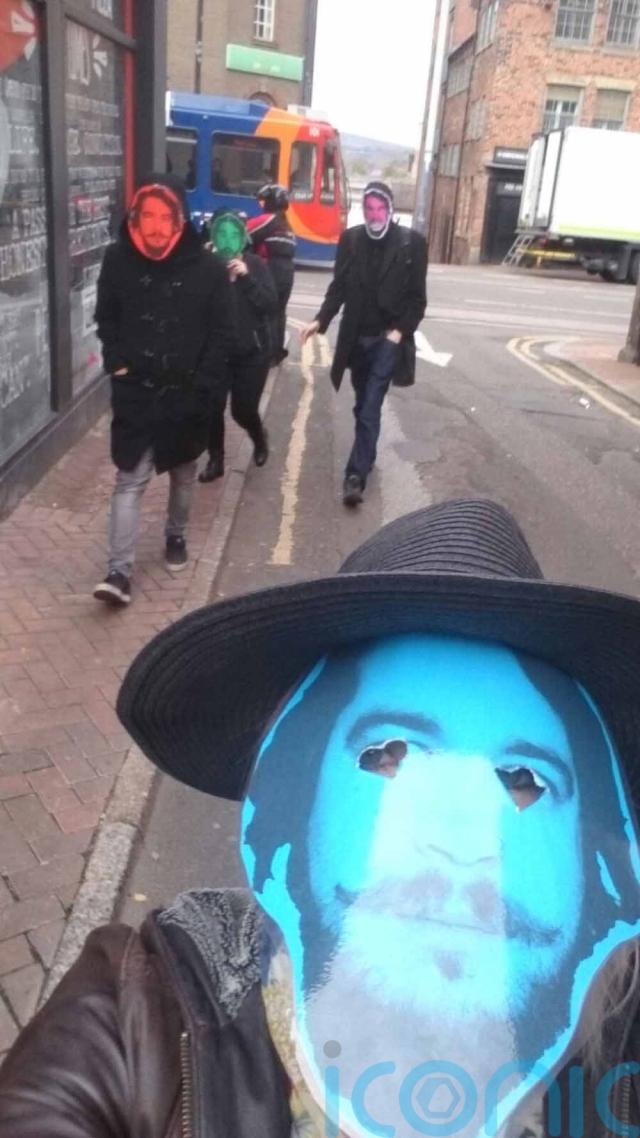 She added: “He threw me off the scent by leaving hints about getting a dog, so I was really shocked when I found him waiting with an engagement ring.

“At the time, everyone was saying that the wedding would have to be crazy too, so we knew we had a challenge ahead of us.”

And Crystal Maze Live Experience was the perfect venue. 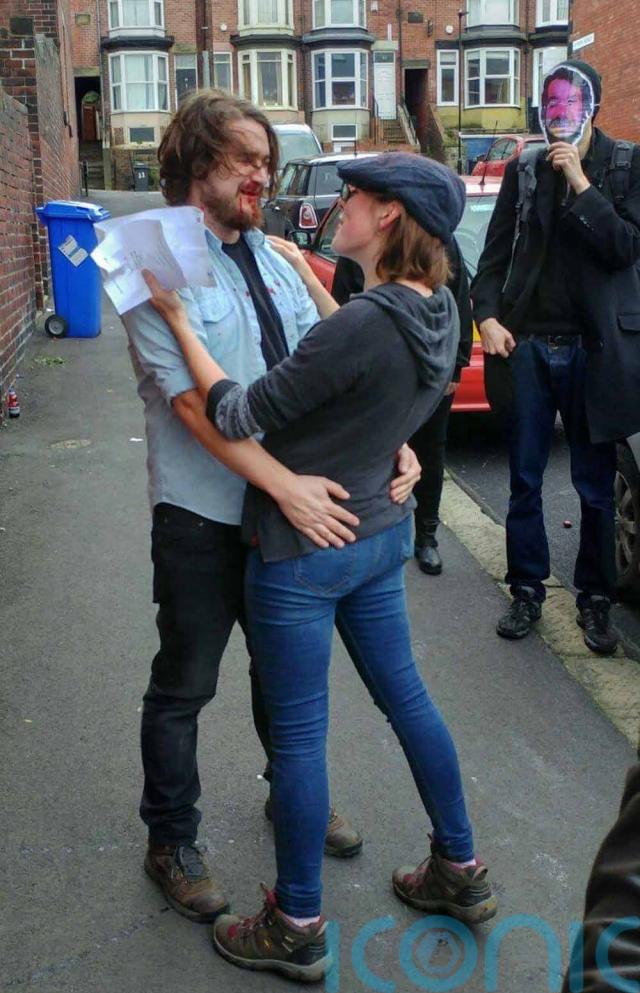 Sian said: “We were both fans of the original show and the new TV show, too. We’ve been to the experience place in Manchester before and I think for anyone our age, it’s very nostalgic.

“We got shots of us in front of a mural they have for Richard O’Brien, the original host, and it was great to play the maze with everybody.

“For younger people who attended, who maybe don’t remember the show, it was still a lot of fun.” 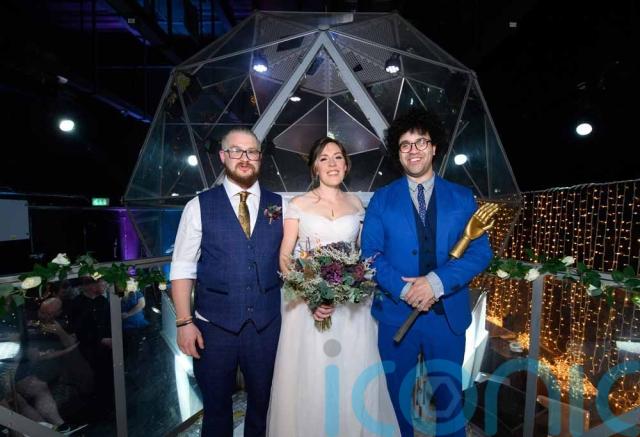 She added: “That’s why we decided it was the perfect place for our wedding.”

And on the day, Sian and Steve wanted their guests to have the full Crystal Maze experience for themselves.

She said: “We tied the knot in a ceremony in the Crystal Dome and then we had the guests complete the maze while we had our wedding photos taken.” 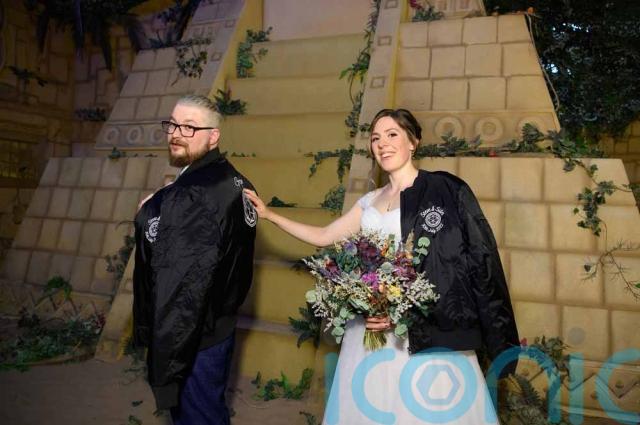 She added: “It was actually a great way to keep them entertained while we took photos.

“There were a lot of guests who didn’t know many of the other people there and when we sat down to eat, there were tables where many of the guests only knew one other person sat near them.

“Having them do the maze beforehand was a really good icebreaker because they immediately had something to talk about.” 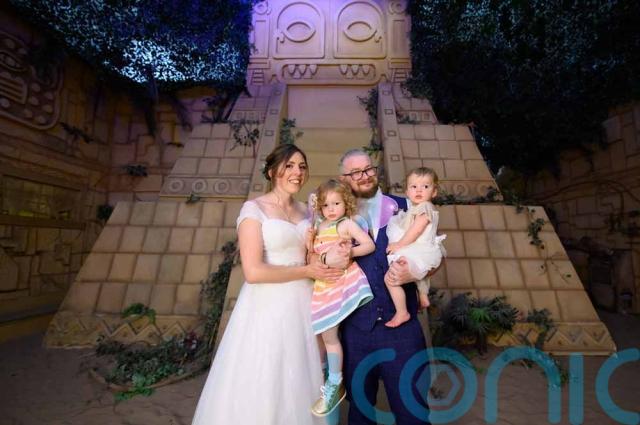 The ceremony was conducted by a Maze Master Richard Ayoade lookalike, before the wedding party sat down for a street food inspired meal including poutine and burgers.

Sian said: “Everything was just perfect. It was really great fun. We even set up a kids’ disco in the reception area for children who were too small for the maze.

“It was a really fun day and guests left saying that they certainly wouldn’t get our wedding confused with anyone else’s – which was a massive compliment.” 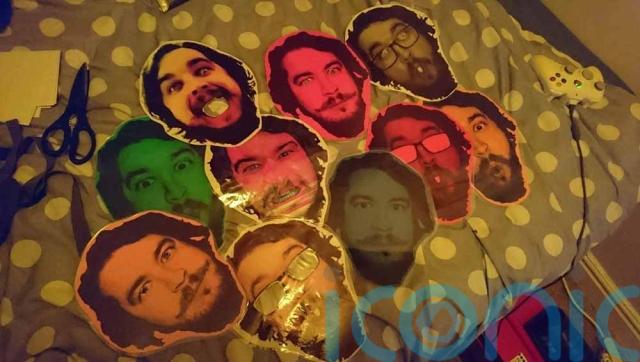 Now, Sian and Steve are settling into married life at home.

Steve added: “We’re not going on a honeymoon. The kids are really young so we’re going to wait until they’re a bit older first.

“Although we are going to a festival soon, so that will be a little getaway for us after the madness of wedding planning.” 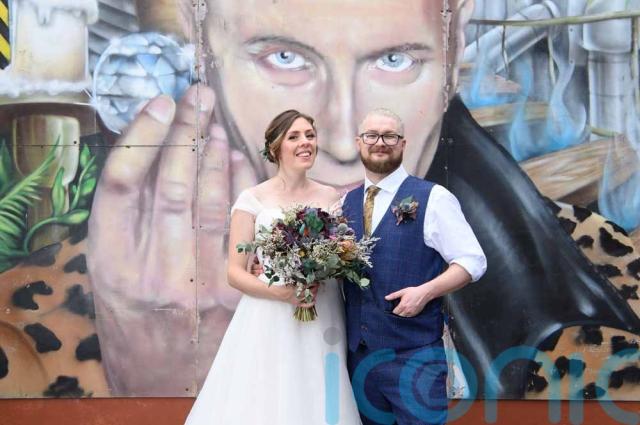 And the couple are still overjoyed by their big day.

Steve said: “After coming out the other end of the pandemic, we wanted to make sure our wedding day was a truly memorable one for our family and for us.

“We wanted something fun and interactive that our guests could get involved with – a game and a challenge as well as a wedding. The Crystal Maze ticked all those boxes.” 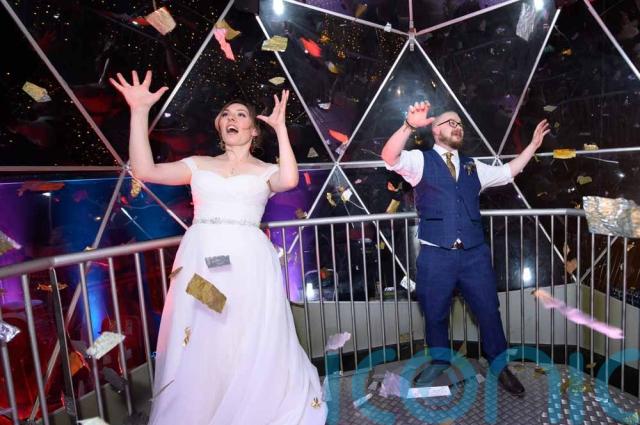 He added: “It’s so cool and shiny but also familiar and nostalgic. We’re so excited that we’re the first couple to get married there.”

Tom Lionetti-Maguire, CEO and Founder of Little Lion Entertainment Limited, the company behind the live experience, is delighted the day was such a success.

He  said: “Start the confetti fans, please! What an honour it has been to work with Steve and Sian to create a completely bespoke and enjoyable wedding for them and their guests.

“Hopefully the first of many happy couples to tie the knot in our iconic setting.”