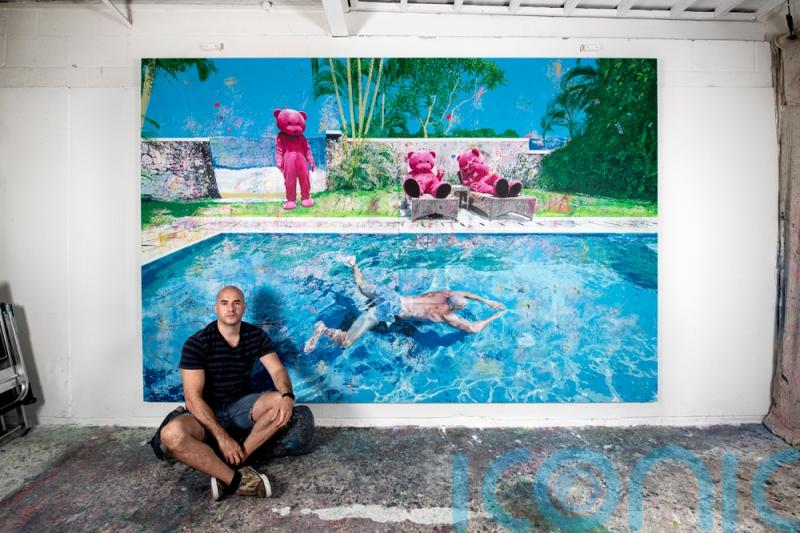 An artist who sells giant canvases of a life-size pink bear for up to £40K each started painting and photographing himself in a fuchsia teddy suit in remote regions of the world as a therapist advised him to find “happy memories” after a devastating break up.

Broken-hearted after his relationship ended in 2009, Paul Robinson, 39, – who uses the professional name LUAP – acted on his therapist’s words by returning to a cheerful childhood memory when he and his family had seen a giant pink bear at a theme park in the 80s and used it as the basis for a portfolio of incredible work.

Now Paul has photographed and painted the pink bear on every continent – including dramatic locations like the Atacama Desert in Chile, the Dolomites in Italy, Boulders Beach in South Africa, the Komodo Islands in Indonesia and Lake Tekapo in New Zealand. 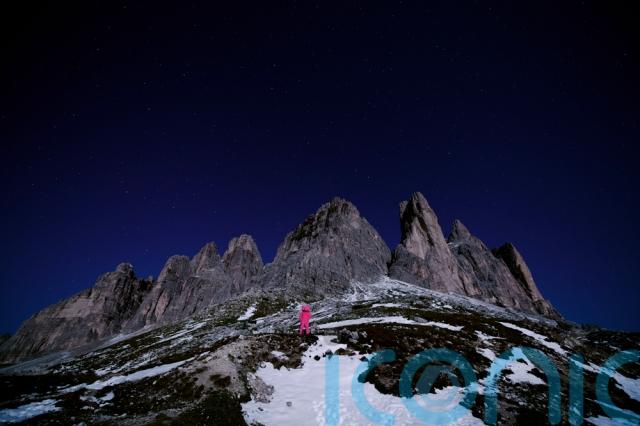 Paul, of Bow, east London, said: “The pink bear was a life-changing moment for me, because it enabled me to go off and do lots of different things.

“It’s given me purpose and continuity when I was at my lowest point, feeling depressed and lonely.

“Now, I feel connected to nature and comfortable with myself.

“It’s incredible, but the suit has pushed me to go to places I never would have visited otherwise.” 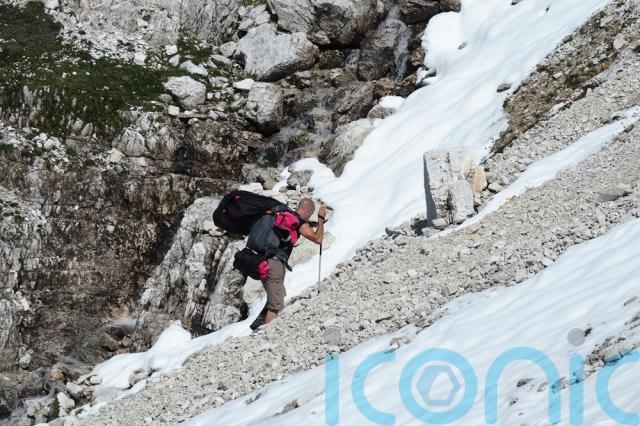 Paul was at a very low ebb when he first tapped into his memories of visiting a theme park with his dad Geoff Robinson, 66, a retired gas rig worker, his mum Barbara Epton, 63, a retired secretary and his brother Andrew Robinson, 36, a hairdresser, when he was a little boy and being delighted by a person in a pink bear costume.

He said: “I was depressed and had cognitive behavioural therapy in 2010.

“Part of it was looking for a happy memory and I remembered this photograph of my family at a theme park, which featured a big pink bear.

“That photo and that memory inspired my artwork and my paintings. It was a piece of happiness.” 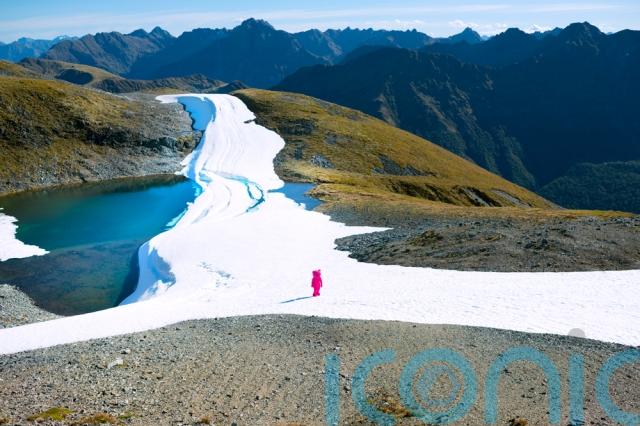 His first bear-themed painting juxtaposed the giant pink subject with a background of dead trees.

He said: “There were dead trees in the middle of nowhere. I then just plonked the pink bear on the tree, so it was putting something cheerful on something quite sad.” 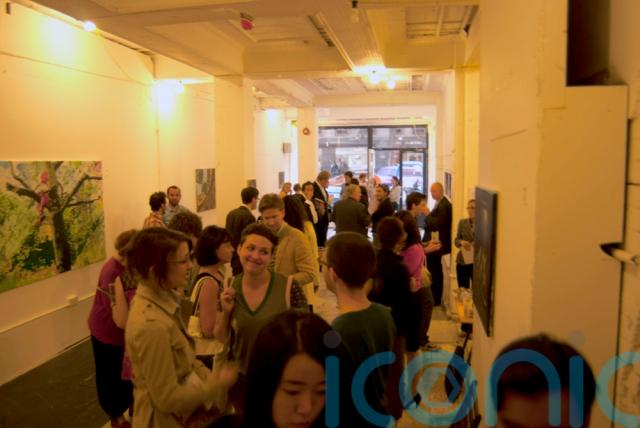 He added: “I couldn’t believe it when I sold it. I was in the shower and smiling, it felt incredible. I was really excited.

“That kind of money is something I never imagined at all.

“The subject was important to me, as it summed up how I’d been feeling and it felt like I was giving away a part of myself. It was a bit like giving away a page of your personal diary.” 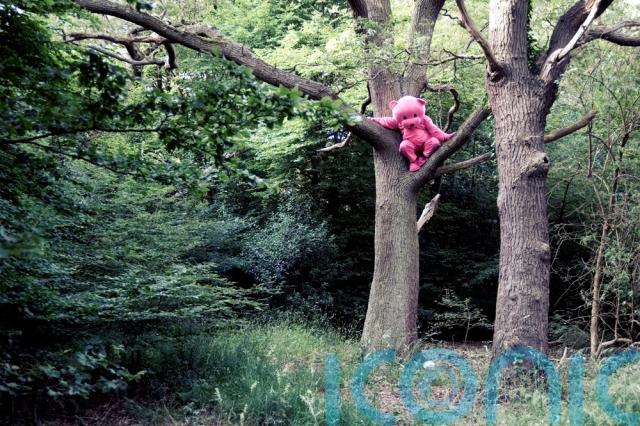 Then, midway through 2010, he began photographing himself in a pink bear suit, which he bought for £100 after commissioning it from someone online – going on to take more than 165,000 pictures of the fuchsia teddy costume all over the world.

Never photoshopping the bear into existing scenes, all Paul’s photographs are taken on location, with him often going to remarkable lengths to find the perfect situation.

When he wears the suit himself, he will use a tripod in order to snatch the perfect picture on camera – sometimes taking more than 5,000 snaps to get right shot.

A craftsman, he even climbed all four of the highest peaks of the Atlas mountains in North Africa in 2015 where he realised he needed to combine the thrill of adventure with his art.

And he spent 10 hours carrying 50lb of camera gear through Argentina in 2017 to take a picture of the bear standing on a glacier with a striking and chilling white backdrop.

Paul, who is now planning to head to Mongolia’s remote Altai region in September on horseback, said:  “I remember climbing some peaks in Morocco, going up icy waterfalls in the darkness in 2015.” 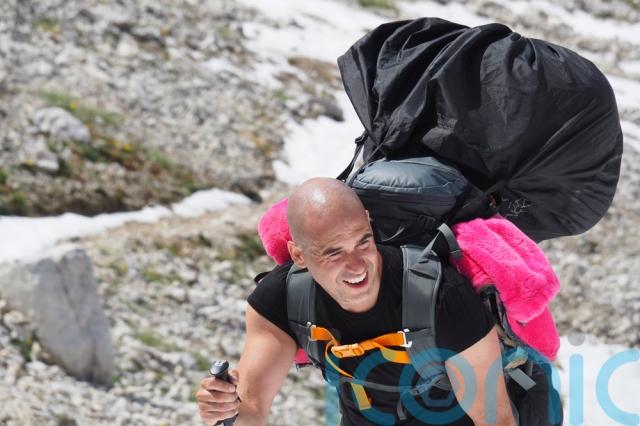 He added: “When I got to the very top and the first sunlight hit my face, there was a sense of euphoria.

“It made me feel really grateful for being there and being alive and being out in nature. It just changed me.

“That’s when I started taking the bear to more extreme places. When you go to these places with all this gear, it feels like you have achieved something.” 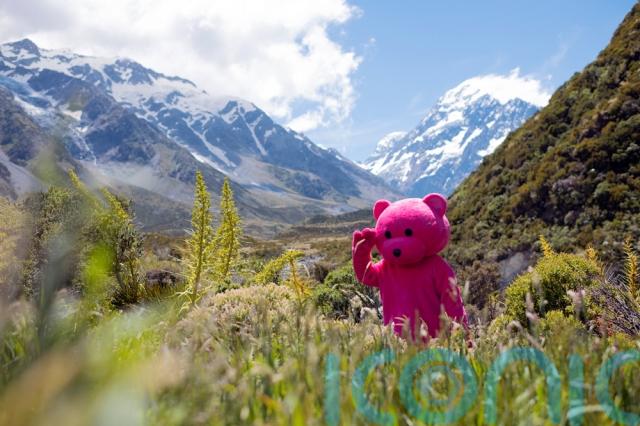 And Paul’s perfectionism and craftmanship is recognised in the £30K to £40K fees he commands for his paintings and £800 to £7K customers pay for photographs.

His biggest sale was a 12ft by 8ft oil and acrylic painting of himself swimming with three pink bears in the background, called ‘Portrait Of An Artist (One Figure And Three Bears) After Hockney’, which sold for £40K in 2020.

And material from his Mongolia trip – his most ambitious to date, requiring intensive physical training and survival skills as he will be travelling for 10 days on horseback through one of the least hospitable places on Earth – is bound to attract huge interest. 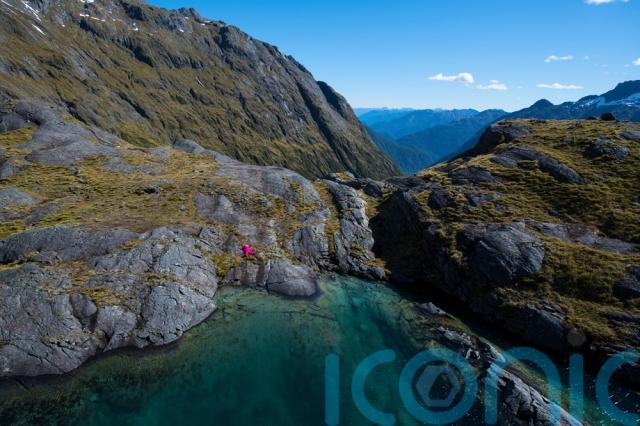 He said: “I will be taking photographs in one of the most remote areas of the world, and the bear and I will be travelling for 10 days on horseback with eagle hunters.

“It’s going to be an incredible experience and I’m looking forward to what pictures come from it.”

Growing up in Grimsby, Lincolnshire, Paul was always good at drawing at school and always went the extra mile for any art projects. 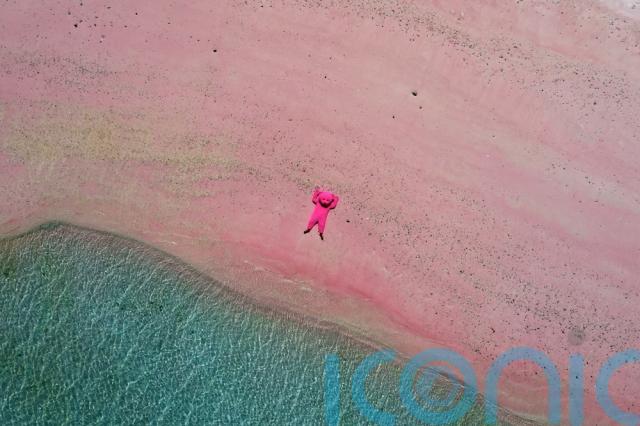 He was just nine in Year Five, when he created a six-foot tall sculpture of God of the Dead Anubis while they were studying the Egyptians.

And, after finishing a fine art degree at Canterbury’s University for the Creative Arts in 2005, he moved to London with his then girlfriend to seriously pursue his art.

Paul said: “Art is something you are born with or grow up doing. I remember at school I was always the one who was good at drawing.”

Finding a job at a graphic design agency in London, money was tight.

But he continued to pursue his art, becoming more experimental and abstract in 2009 – which he says came at a personal cost.

He said: “Making art has come at the cost of a lot of other things. There is a massive financial cost, materials and studios and until you sell anything you might never get any of that back.” 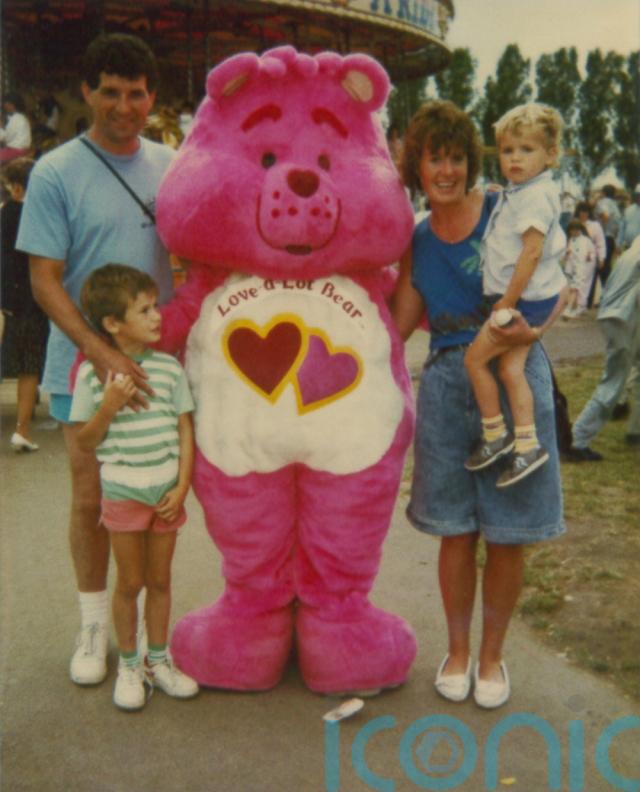 He added: “You also spend a lot of time and energy on your art, so you spend eight hours of your day at your normal job and then eight more just making art.

“There isn’t much time for a social life and relationships struggle.”

As a result, later in 2009, his relationship ended and he spiralled into a deep depression.

He said: “I split up with my girlfriend in 2009 which made me evaluate everything.

“I had a real sense of loneliness and a big hole inside. It was a big trigger.”

But, like so many artists before him, Paul’s struggles inspired his prolific output of original work and has made him a leading light in the contemporary art field.

He said: “Looking back, when I started this journey I never have believed that I would be selling my work for these figures today.

“With art there’s this constant discovery. You learn more about yourself because you have to look into yourself.

“You are constantly honing your craft, meeting new people – it’s very interesting to me.” 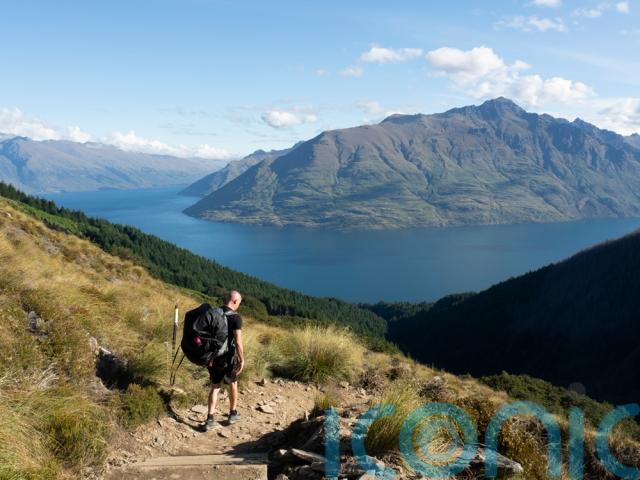 He added: “There is something so visceral and tactile about making something with paint and getting your hands dirty.

“I’m really excited but also really nervous about Mongolia. I’m learning how to ride a horse, but that’s what fuels the excitement and adrenaline because it’s all unknown.”