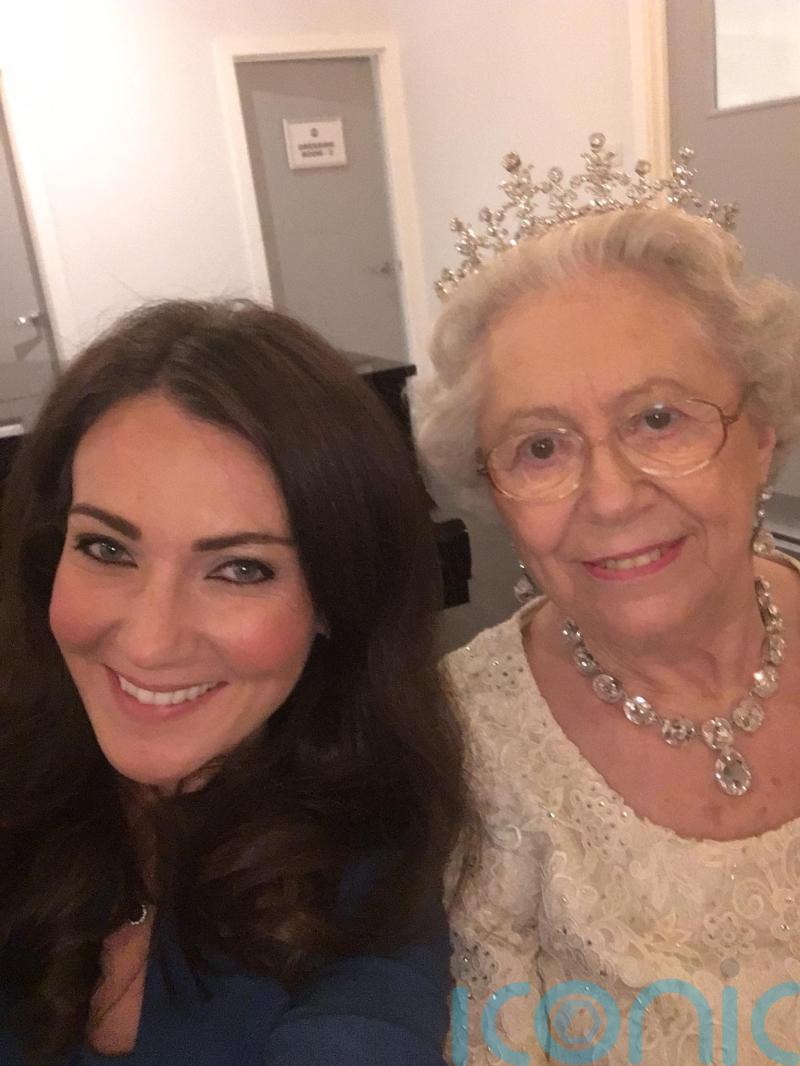 A Kate lookalike who is grieving for Elizabeth II says she is also coming to terms with the loss of her own lookalike Queen as her doppelganger Royal Family has been torn apart by the real Queen’s death.

Heidi Agan, 42, first became a lookalike in 2012, after being spotted as a doppelganger for Kate Middleton while working as a waitress in the build-up to the Royal wedding between Kate and William  in 2011.

In the decade since, Heidi has travelled the globe as Duchess Kate, alongside her own ‘Royal Family’ – including a doppelganger William and of course, the Queen. 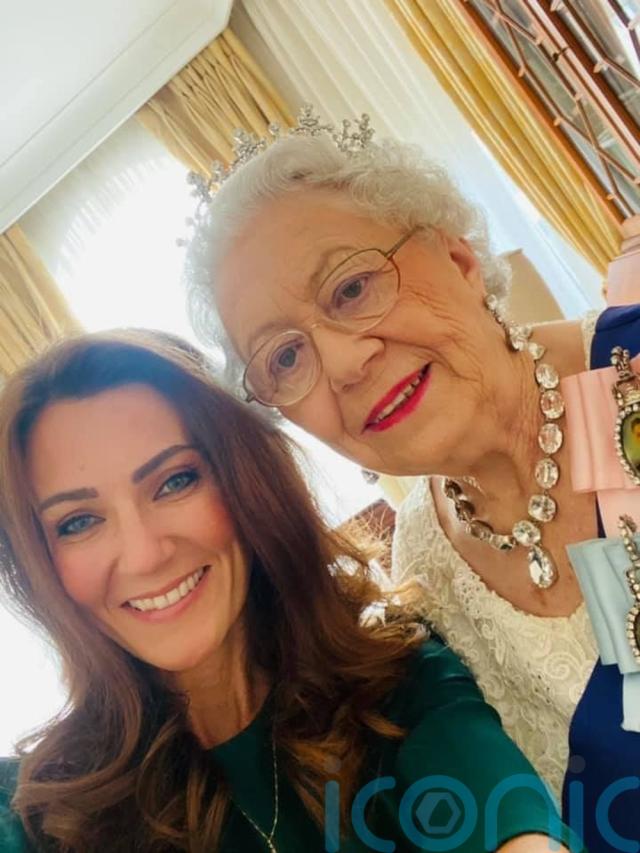 But with the Queen’s death last week, Heidi is not only mourning the loss of the monarch, but also her own lookalike Queen, Mary Reynolds, 89, who has stepped down from her role out of respect to Her Majesty.

Heidi, who lives in Northamptonshire with her painter and decorator husband, Russell Agan, 43, and son, Blake, 20, and daughter Abigail, 13, said: “When they announced The Queen had died, I had this enormous wave of emotion.

“She has been such a constant in all our lives. I don’t cry often but I felt so moved. She was incredible.” 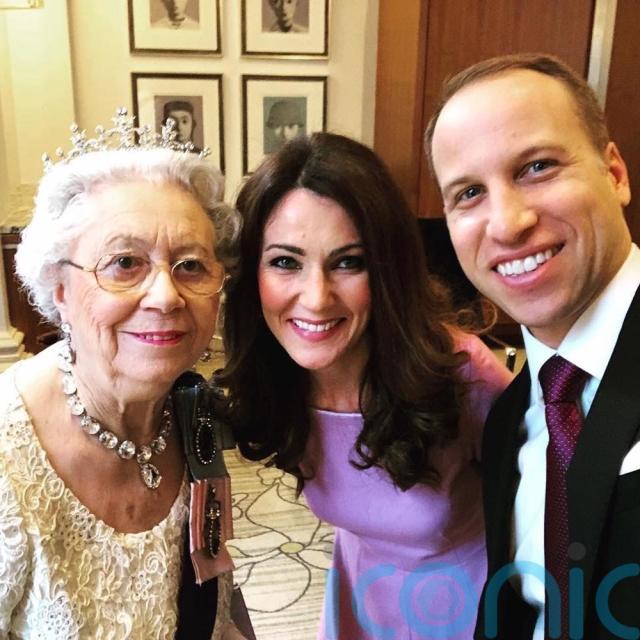 She added: “But within our own lookalike family, we are also losing our own Queen, Mary, who I have worked with for the last ten years.

“While we will still be able to see her, it will be really strange to not have our lookalike Queen with us anymore.”

Before the real Queen’s death was announced on Thursday, September 8, Heidi said she sensed there was bad news coming. 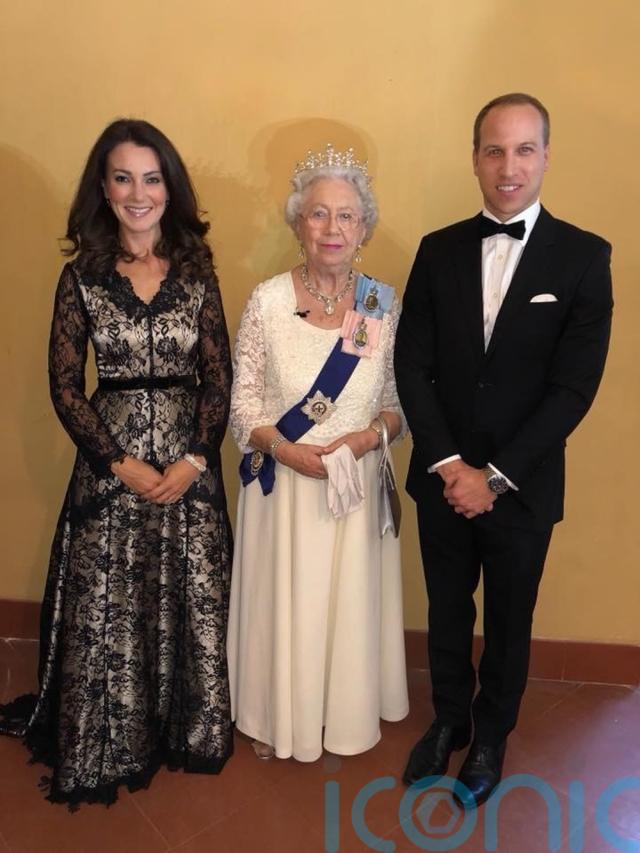 “As soon as I saw the news break that The Queen was not well, I knew.

“I had the news on all day, and I haven’t turned it off since,” she said.

“It’s strange because it feels like you’ve lost a member of your own family – she’s been in our lives for our whole lives.” 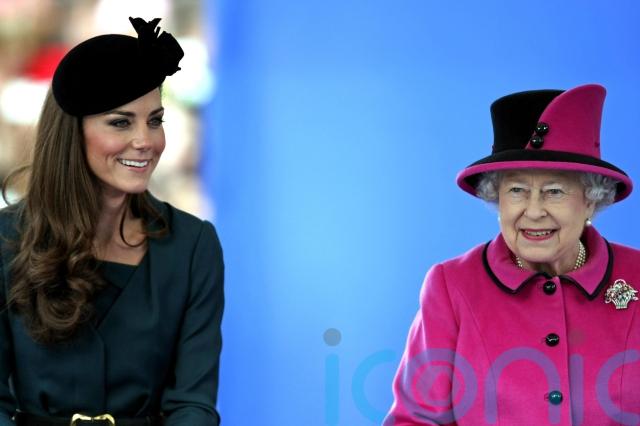 She added: “She never once stopped – even during the Jubilee earlier this year. you could see she wasn’t as well but she was still radiant and doing her duties as she promised she would do, right till the very end. She was an inspiration.”

While Heidi’s days as a lookalike only began a decade ago, she has always cared deeply for the Royal Family.

“Growing up as a child, I always wanted to know what tiara The Queen would wear or what outfit, and wondered what it would be to live in a palace,” she said. 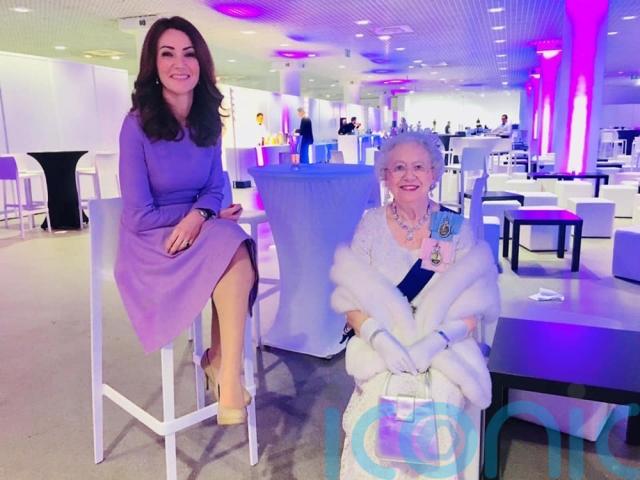 “But then you get older and you have this completely different appreciation for the Queen and the role she has and what she means to the country.

“Britain has not just lost the Queen, the world has lost its most famous woman.”

And living in America for eight years, between the ages of  10 and 18 for her dad’s work, she always found the Royals were a grounding presence.

“The Royal Family were always a way of us keeping our English roots and they remained this constant, no matter where you were in the world.”

But then in 2011, in the build up to Kate and William’s wedding, Heidi found herself continually being spotted as a lookalike for the future Princess.

“I was working in Frankie and Benny’s restaurant in Kettering at the time, and people started to ask to be ‘served by the Princess’ or take a picture with me and I started to think okay maybe there is something in this,” she said. 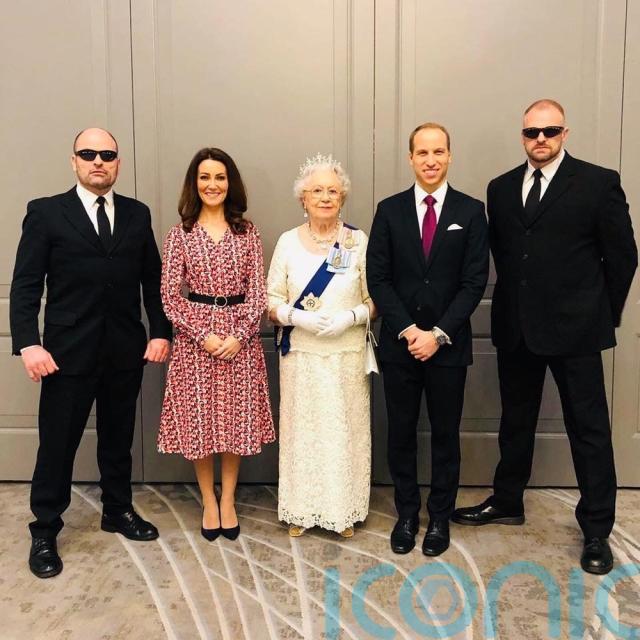 Signing up with her first lookalike agency in 2012, Heidi has since travelled to Hong Kong, Australia and America along with  her doppelganger Royal Family.

“The lookalike Royal Family has become so close and we really are like a family now,” she said.

“I have worked with Simon Watkinson, a William lookalike, since I started and I have travelled more with him than I have my real husband!” 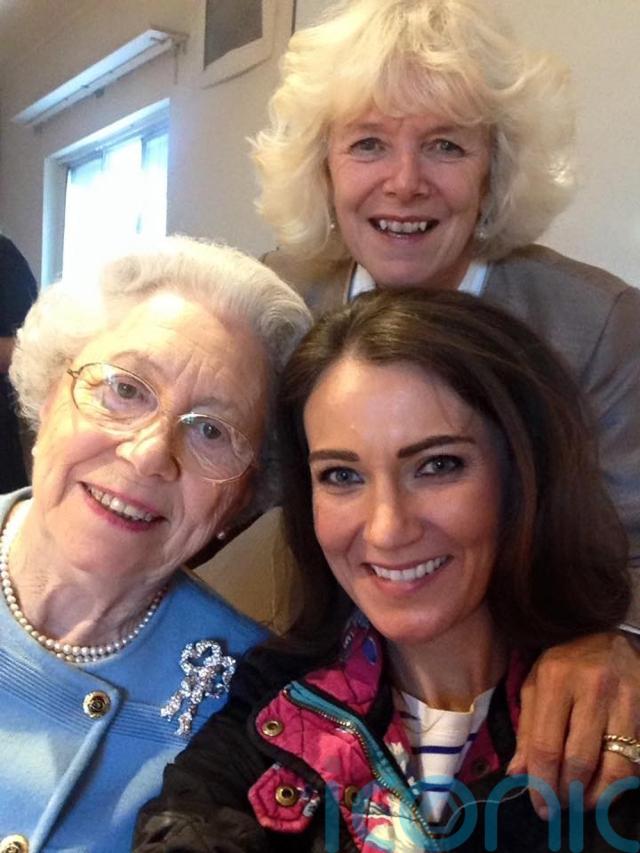 She added: “Charles and Camilla are always amazing to see and we even have the Royal children and the Corgis too.

And working as Kate’s double has given her a deeper understanding of what the real Royals do.

“I think working as a lookalike, and the amount of effort you put into knowing everything you possibly can about people and events and what each Royal is doing – so you can keep up the illusion – has given me this huge appreciation for what they do, and what The Queen did her whole life.”

But since Queen Elizabeth II death, Heidi says there could be great change on the horizon for her job.

“I expect like the Royals, we will probably follow their stages of mourning as well, as it wouldn’t be appropriate to be at parties at the moment,” she said. 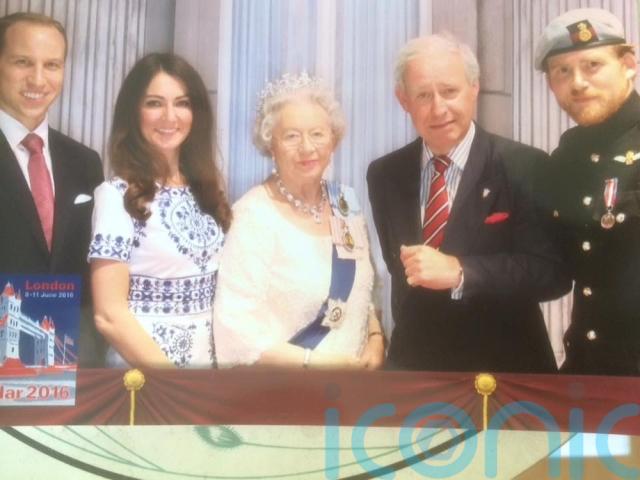 “It has been surprising to see how quickly events have unfolded and see the announcement of Kate and Wills as the Prince and Princess of Wales.

“It will be interesting to see how the dynamic changes – I think King Charles, the Queen Consort and The Prince and Princess of Wales will become the next key four lookalikes for events.”

But there is no bigger change than losing their Queen. 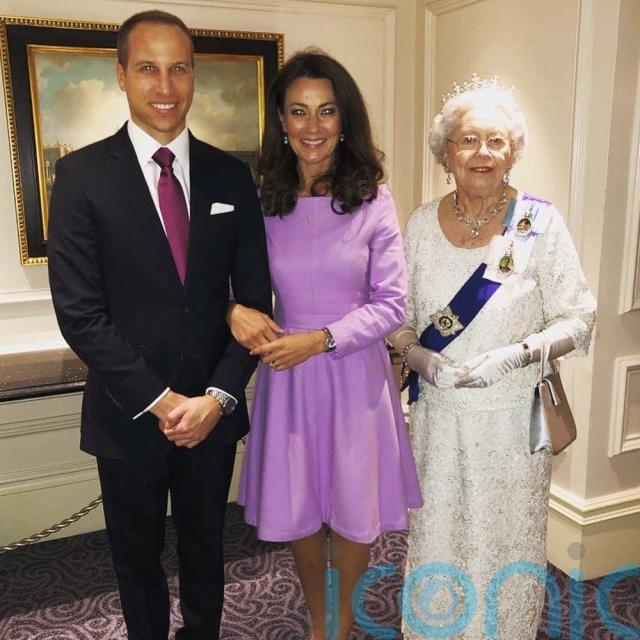 “It will be so strange not to work with Mary anymore,” she said.

“A few years ago, I worked with a Diana lookalike  and it was the most bizarre thing. It didn’t feel right given Diana had died and Kate had obviously never met her.

“As sad as it is to see our Queen leave us, I think it is for the best.” 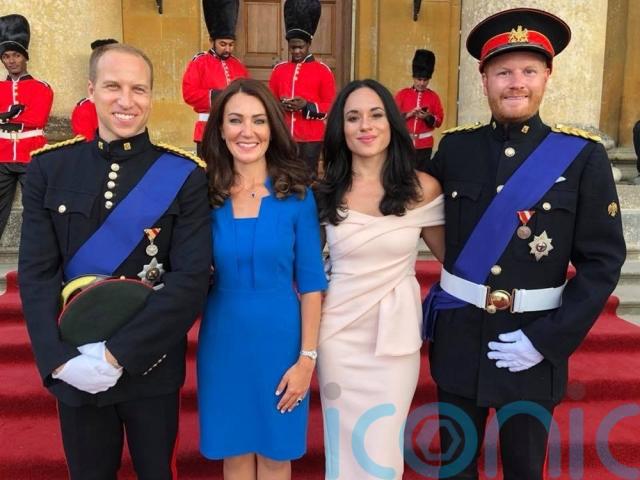 She senses – and hopes – there may be another change on the horizon too.

“It was really special to see Megan and Harry join together with Kate and William at Windsor Castle last weekend so it will be interesting to see if that continues,” she said.

“It would be amazing if we could do lookalike events as a four.” 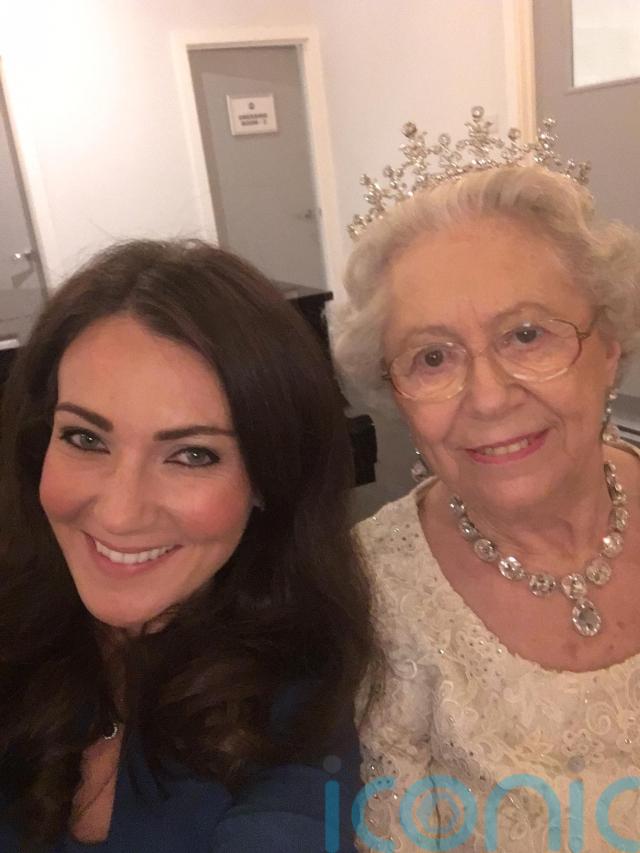 While change may be ahead, Heidi hopes the Royal lookalikes can continue to bring joy to others in the future.

“The reason we do what we do has always been to bring a bit of humour to events and we would never do anything to potentially offend the Royal Family – we always try to be respectful,” she said.

“It’s hard to imagine right now what things will look like in the future, so we will have to wait and see.”