Haggas on the mark again as Gaassee takes York opener 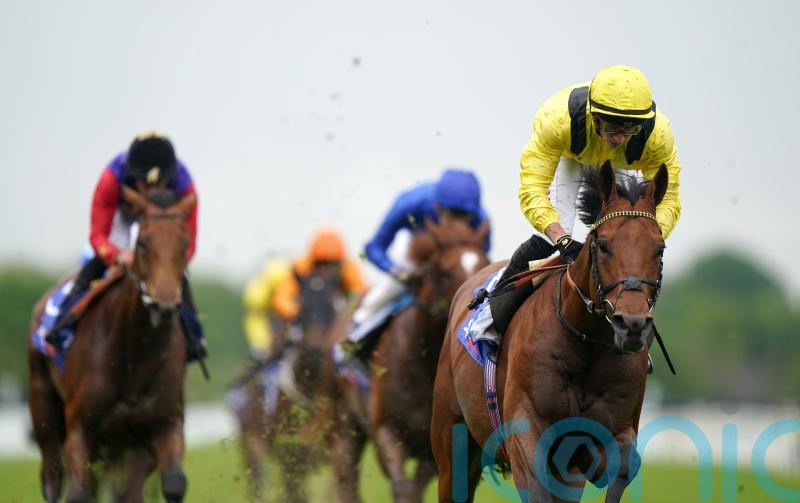 A year on from saddling Ilaraab to claim his sixth successive victory in the Dante Festival opener, the proud Yorkshireman was represented by a similarly progressive colt in this son of Sea The Stars.

Third on his racecourse debut at Lingfield in September, Gaassee went on to score at Chester, Newcastle and Kempton before the end of 2021 and was all the rage for his return to action on the Knavesmire.

After initially being settled in midfield by Tom Marquand, the 6-4 favourite made his move at the top of the home straight and finished strongly to beat recent Hamilton scorer Forza Orta by a length.

Ilaraab went on to contest the Hardwicke Stakes at Royal Ascot following his triumph 12 months ago, finishing eighth, but Gaassee appears unlikely to follow the same route.

Haggas said: “That’s a good start. He was lugging a bit to the left though, I don’t know why. He might have been a bit rusty, but he wasn’t as impressive as I’d hoped he’d be.

“We put him in the Hardwicke in case something like this happened, but he’s not Hardwicke material yet.

“He wears a tongue-strap but I don’t know if it makes a difference, we’re just now at the stage where I don’t want to take it off.

Dakota Gold bounced back to his best in no uncertain terms when holding on in a tight finish to the Churchill Tyres Handicap.

Sent off at 18-1 having disappointed on his reappearance at Musselburgh, the eight-year-old was without a victory since November 2020 but was winning for sixth time on the Knavesmire, equalling the record of Copper Knight as the most successful horse at the track in modern times.

Having led the near-side group, he looked a sitting duck as Makanah and stablemate Pendleton closed in late on, but Dakota Gold clung on for Connor Beasley to win by a head and half a length.

Dods said: “I gave him a run at Musselburgh and he didn’t like it because everyone wants to lead and he was getting hassled – it was a waste of time.

“He looks better this year than last year. I was never really happy with him in his coat and everything last season and he was so high in the weights he couldn’t get in races. He was having to run in Listed races and basically wasn’t good enough.

“They had a bit of rain here today and six furlongs on good ground is perfect for him. It’s nice to see him come back and hopefully he goes on from here. For an eight-year-old to do that, he’s got some heart.”