First Drive: Is the new Artura a showcase of McLaren’s future? 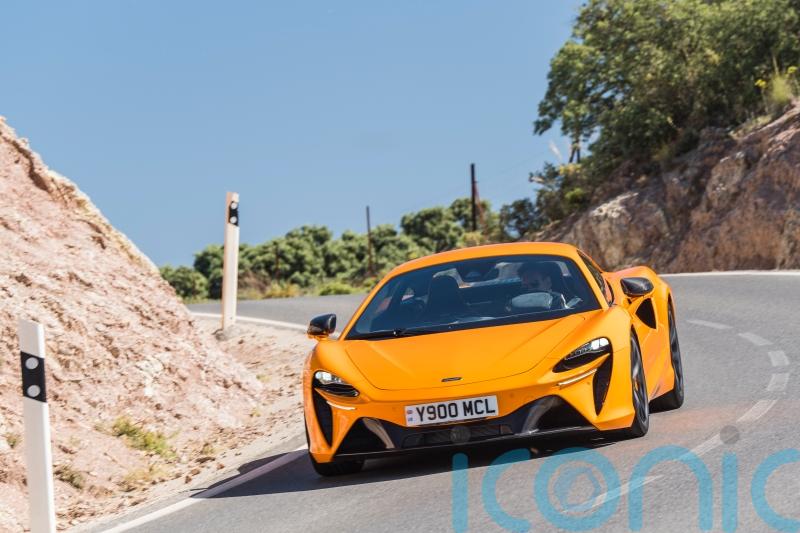 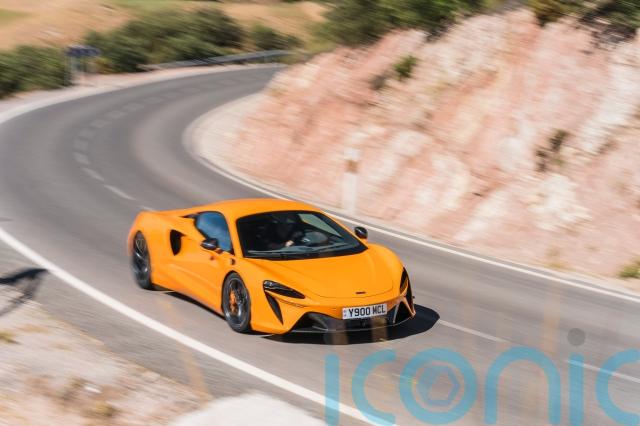 This is a big car for McLaren. The Artura arrives to signal a new age for the Woking-based firm, bringing electrification to the fore alongside a smaller petrol engine than we’re used to seeing in its cars. It’s also been a long time in the making, with the Artura’s first reveal way back in February 2021 feeling like a distant memory.

So has it been worth the wait? Plus, with new Italian rivals on the scene, has the Artura got enough to come out on top? We’ve been out to Spain to find out. 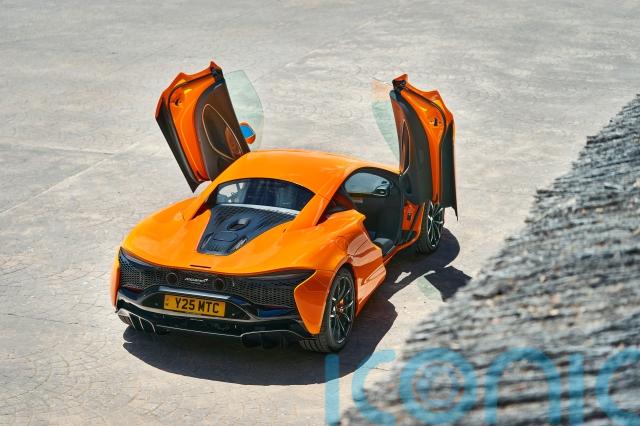 Pretty much everything is new with the Artura. Now, of course, McLaren famously brought hybrid technology into play with its P1 hypercar, but this is the first time that battery assistance has been applied to one of its ‘series production models’, opening this plug-in hybrid system up to a much broader audience in the process.

Sitting atop McLaren’s new Carbon Lightweight Architecture, the Artura still follows the firm’s laser-guided approach to weight and tips the scales at just 1,395kg. Everything has been honed and reduced to make it as lightweight as possible, in fact, to not only give the best possible performance but also aid efficiency in this increasingly fuel-conscious motoring landscape. There’s new infotainment tech inside, too, while new Cyber tyres – created by Pirelli – can relay real-time data back to the driver through an in-built chip for spot-on performance. 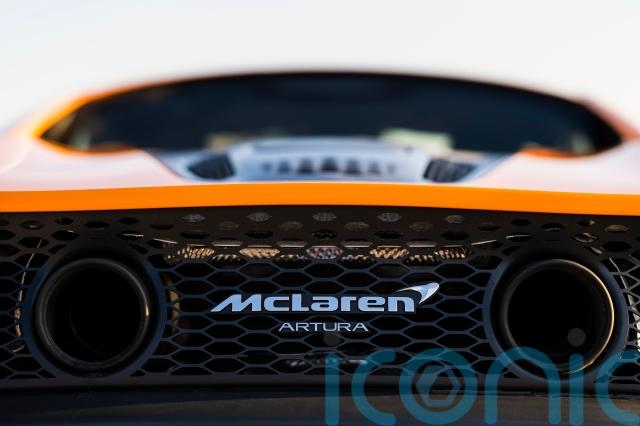 Though you might expect to find a V8 engine powering the Artura – as has been the case with many McLarens – that isn’t the case. No, instead there’s a twin-turbocharged V6 engine, coupled up to an electric motor and a compact 7.4kWh battery. You should get up to 19 miles of electric-only range, according to McLaren, while CO2 emissions of 104g/km and a consumption figure of 61.4mpg are impressive for this type of car.

But don’t go thinking this is a McLaren short on power in the quest for efficiency. You still get a heady 671bhp – with petrol and electric motors combined – which, when paired with the Artura’s low weight, means a 0-60mph time of just three seconds dead and an electronically limited top speed of 205mph. It’s no slouch, that’s for sure.

McLaren has stuck to its driver-centric guns by keeping hydraulic steering and doing without regenerative systems on the braking in order to retain outright feel. It’s immediately noticeable, too, as there’s a good level of feedback from the off. It’s an odd sensation to start a McLaren up to whispery silence, too, but the Artura’s EV driving mode is a really pleasant one and can be used both around town and on the motorway too at speeds of up to 81mph. Previous McLarens have been pretty easy to drive in a ‘day-to-day’ manner and it feels as though the Artura is no different.

But combine it with that V6 engine and things really step up a notch. This a car with tremendous balance and grip, while the steering continues to shine through – as it does on so many McLarens. There’s acceleration whenever you want it, of course, but what really impresses is just how easy it is to build a cornering rhythm in the Artura. 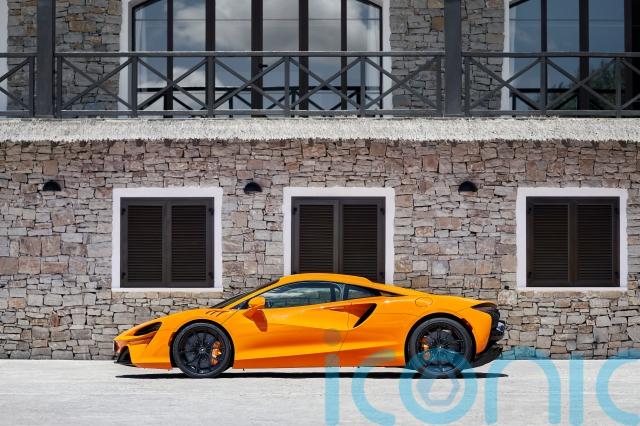 It’s definitely recognisable as a McLaren isn’t it? In truth, the look of the Artura is one of our only real sticking points. Could it look a little more outlandish, or a little more out-there compared with other cars from the firm? Perhaps. There’s a clever ‘chimney’ at the rear to help vent the engine and though it does look cool, it does get seriously hot after even some moderately quick driving.

It just feels as if it’s a little too close to other McLaren models in certain areas and, given that the Artura marks a new generation of cars for the brand, we would’ve liked to have seen a slightly different design. Looks are down to the individual, of course. 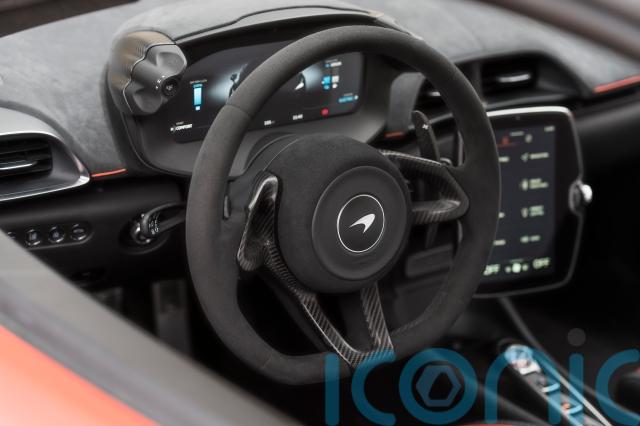 The cabin of the Artura is very much focused on the driver. The new instrument binnacle moves back and forth with the steering wheel, ensuring that people of all heights and sizes can have a good view of the information ahead. Our car also came equipped with McLaren’s new one-piece Clubsport seats, which aim to combine a usual electrically-adjustable seat with a racing bucket. A rocker switch adjusts the seat through an ‘arc’, tilting the chair in the process.

However, we found that when fixed in its lowest setting – as is our preference – it left us craning our necks a little too much forwards. It also developed a small knocking from underneath the seat base during our time with the car, which was noticeable during cornering. 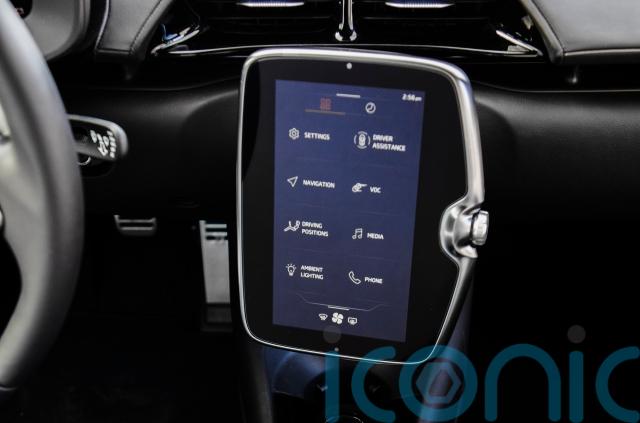 One of the greatest additions to the Artura is an infotainment system that is brand-new to McLaren. The main screen might not be the largest on the market today, but it’s leagues ahead of anything we’ve seen from McLaren before and completely changes the way you interact with the car. It’s responsive, clearly laid out and smoothly runs smartphone integration systems like Apple CarPlay via a USB connection. It also accepts over-the-air updates, so McLaren will be able to keep improving it remotely.

Prices for the Artura start from £189,200, with all manner of extras and features there to add. Additional packs can be added too, with ‘our’ test car, for example, incorporating the Performance pack that adds Alcantara cabin trim, extended brushed metal gearshift paddles (which do feel tactile and great to use) and a variety of brushed dark titanium components for an extra £4,400.

If the Artura is the dawning of a new age for McLaren, then the future is looking bright. It may have taken a little while to get here, but the Artura really does transfer the core fundamentals that McLaren has established during its time building road cars – driver engagement, a lightweight build and decent everyday useability – into a modern plug-in hybrid.

A few quality niggles remained on our initial test car, but at its core, the Artura is an accomplished car to drive. A McLaren for the modern age? It definitely feels that way.