In pictures: The stars of the Goodwood Festival of Speed car park 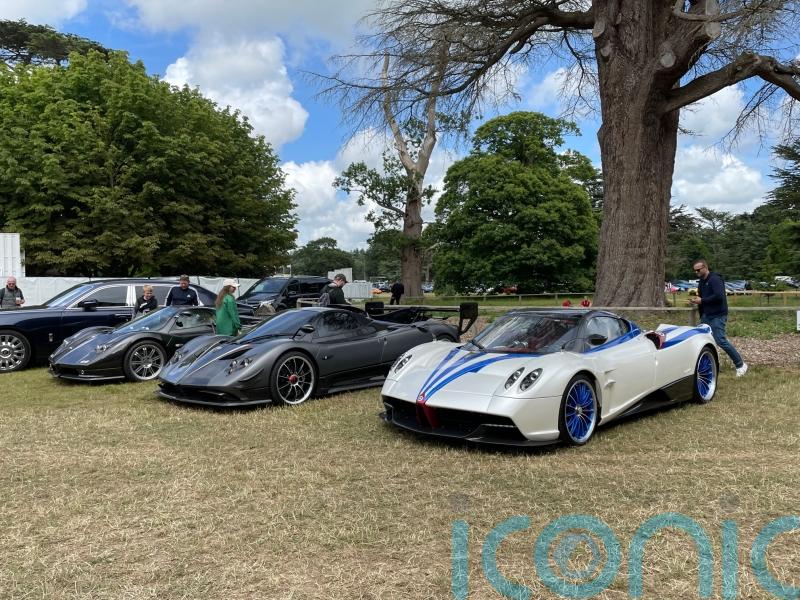 For motoring fans, the Goodwood Festival of Speed is undoubtedly one of the best events on the automotive calendar.

So whether you’re into the oldest classics or the newest hypercars, there’s plenty for everyone to see. It also attracts thousands and thousands of people, and unsurprisingly when that many people are arriving, there are plenty of cool cars to be seen in the car park. 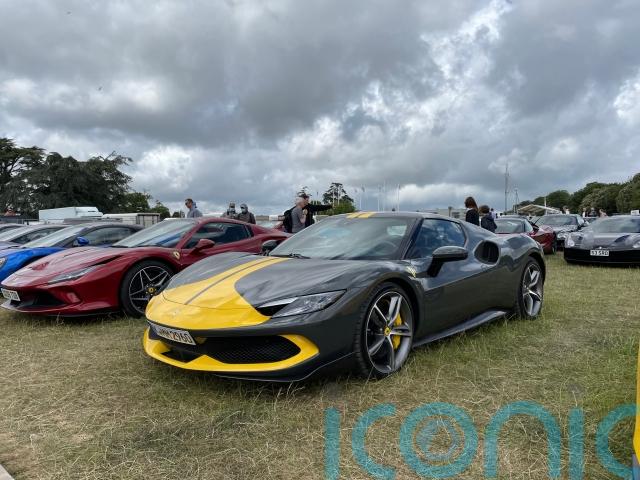 Ferrari is ramping up its line-up of electrified models, and its most recent car is the 296 GTB – a plug-in hybrid supercar. With customer deliveries only just starting, this German-registered example in the car park was a particular highlight, especially with its classic Ferrari racing livery. 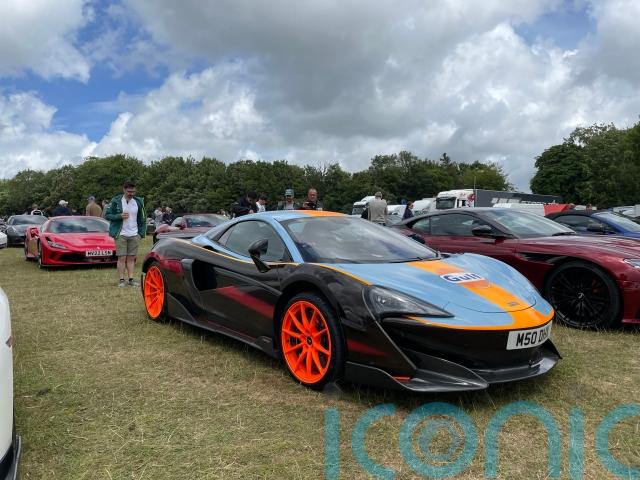 McLaren’s Special Operations (MSO) division essentially lets the brand’s customers enable their dreams of creating a truly unique supercar. This 600LT seen here is the fruits of that labour, with its incredible paint scheme paying tribute to the iconic F1 GTR Longtail. Incidentally, that very F1 was also at the Festival of Speed as part of 30th anniversary celebrations for the coveted hypercar. 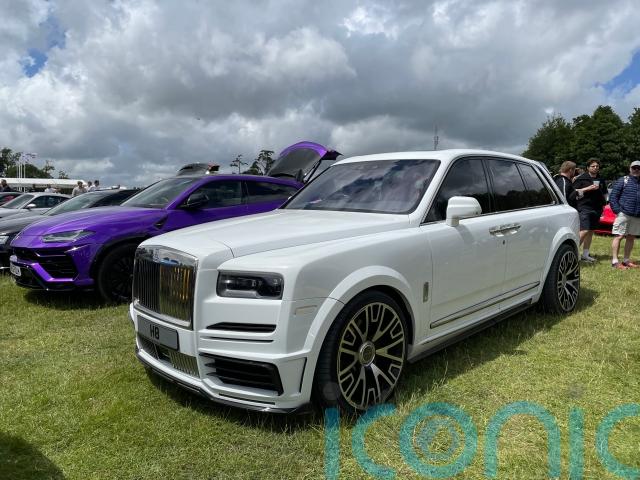 Though this Rolls-Royce Cullinan won’t be to everybody’s tastes, there’s no denying that it certainly stood out in the car park, even when parked next to a bright purple Lamborghini Urus. Rolls-Royce’s SUV already stands out on its own, but this one even more so because it’s been customised by Mansory. With huge 24-inch wheelsand the ultra-expensive ‘H8’ number plate, this is an SUV like no other. 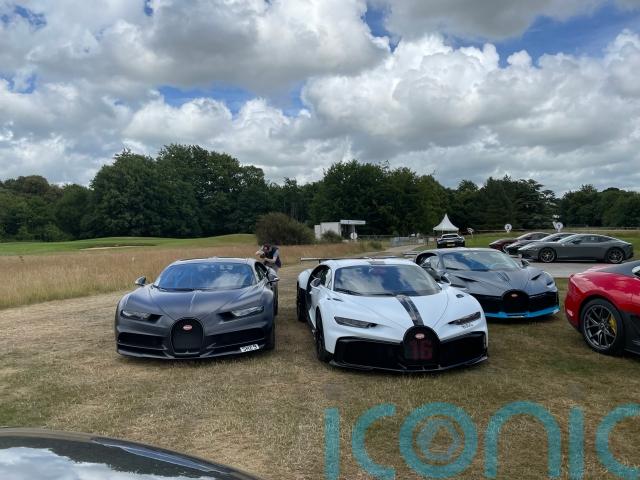 It’s a pretty special occasion just to see one Bugatti, so you might be able to manage our absolute shock at seeing these three versions of the brand’s latest hypercars on display, and just in the car park! The one on the left is a Chiron 110th anniversary edition, with the centre car being a Chiron Pur Sport, a more track-focused version. On the right is the Divo, an ultra-rare coachbuilt car that is one of just 40 ever made. 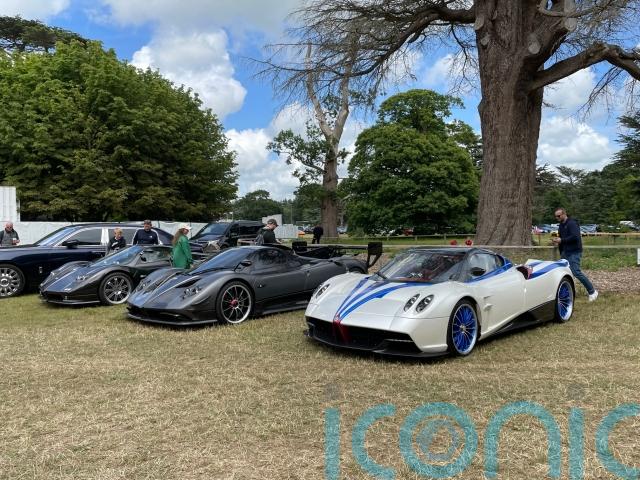 Pagani chose to launch its new Huayra Codalunga at the Festival of Speed, and as part of the celebrations plenty of the elite supercar brand’s other models also turned up. These included two of the brand’s legendary Zonda models, as well as a Huayra Roadster seen on the right. 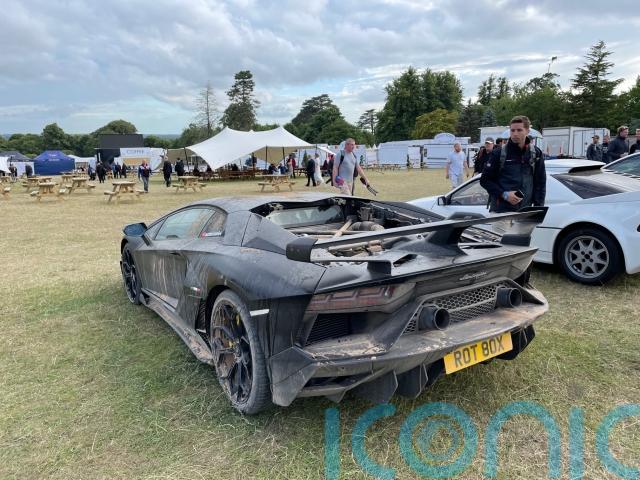 Supercar owners are often criticised for not using their cars and keeping them stored away for the majority of the year with minimal outings. That’s not the case with this ridiculously filthy Aventador SVJ seen in the car park, with its matte black paint absolutely caked in dust, and truly covered from head to toe in grime. It belongs to a YouTube star that’s known for making cars as grubby as possible. 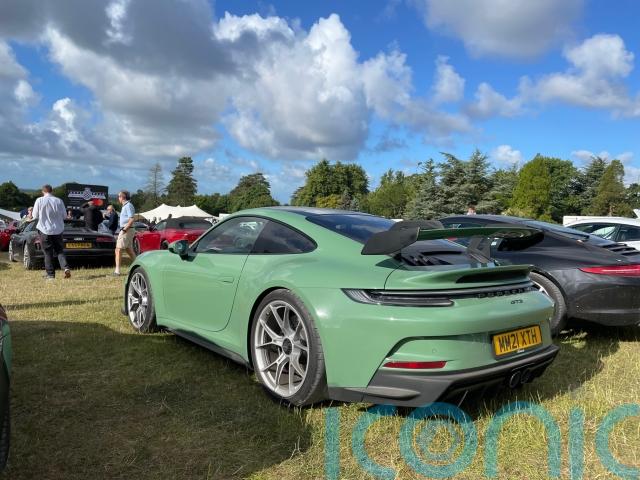 Similar to McLaren, the Porsche’s Paint to Sample (PTS) enables its owners to get their hands on a very bespoke car indeed. That was the case with this GT3 seen here, which is one of the latest ‘992’ generation models. Painted in PTS Auratium Green, it certainly stood out in the early morning Goodwood sunshine. 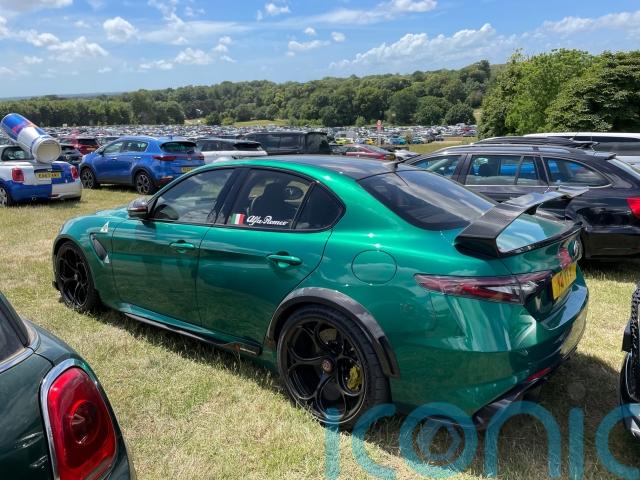 Alfa Romeo might be better known these days for its SUVs, but this firm still has a wild side, as shown recently with the introduction of the Giulia GTAm. Based on the superb Quadrifoglio model, the GTAm has its back seats ripped out, and receives a vast range of mechanical changes to enhance the way it drives. This example seen here is painted in the stunning shade of Montreal Green, and is one of just 500 made globally. Costing £155,000 when new, it was more than twice as expensive as the regular Quadrifoglio. 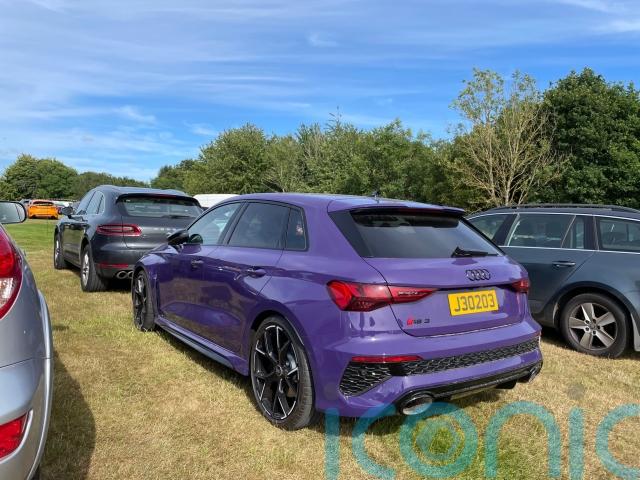 In this sort of company, a hot hatch might seem quite bland, but a special mention needs to go out to this Jersey-registered Audi RS3, seen in the regular car park. That’s because it’s painted in the wonderfully bold shade of Ultra Violet – the same purple paint used on the last generation 911 GT3 RS supercar.

The nomenclature ‘Black Series’ is reserved for Mercedes’ fastest, lightest and most monstrous models and its latest outing was on the AMG GT. That is already a rare car, but the car you see here is even more so as it’s a ‘P One Edition’, and took inspiration from Mercedes’ 2019 F1 car, with the teal colour a nod to Petronnas, the team’s main sponsor. This special edition was also only offered to those with a Mercedes-AMG ‘One’ hypercar on order.