UK Drive: The Mazda MX-5 remains as fun as ever, but its age is beginning to show 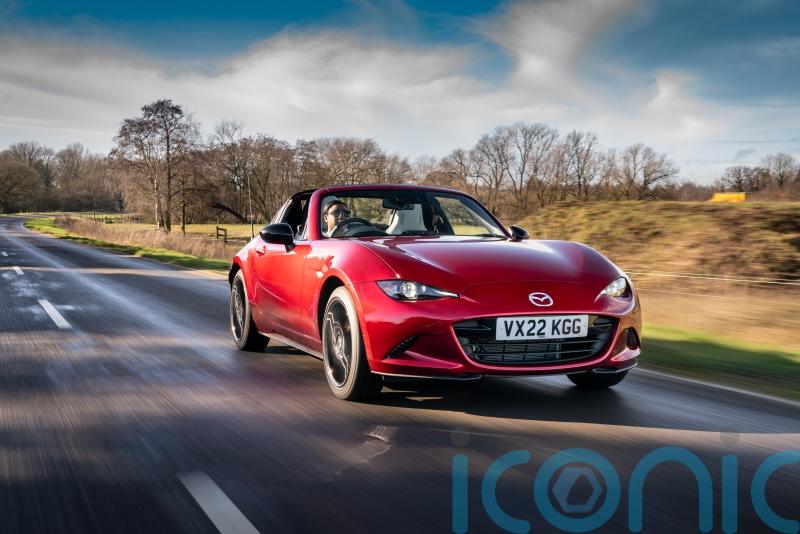 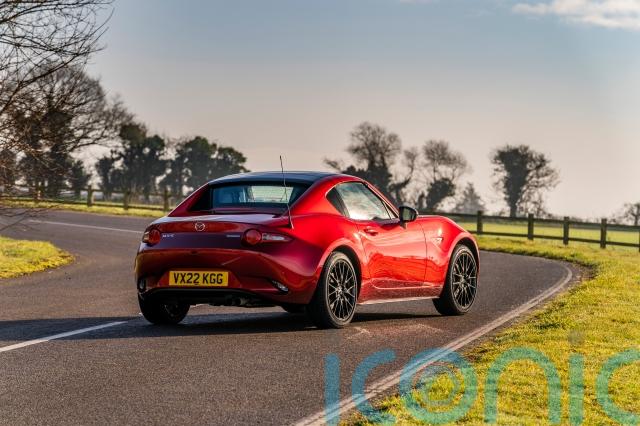 With petrol prices hovering around the £2 a litre marker, the last thing on many people’s minds will be a sports car. But not all sports cars have to syphon your wallet as soon as you touch the accelerator pedal, as Mazda’s MX-5 proves.

It’s been an icon of fun, top-down and relatively affordable motoring for more than 30 years, and that focus continues to remain even as we get closer to electrification – something the MX-5 still rigidly avoids. But is this sports car starting to feel a little behind the times? Let’s grab the wheel and find out. 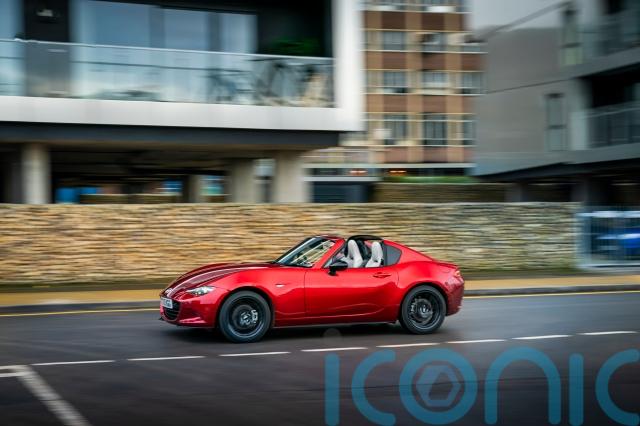 Few firms embrace a model-year update quite like Mazda, which has continued to adopt incredibly small changes for its MX-5 each year since its last major refresh in 2018.

The 2022 updates are probably the most reserved yet, though. If you look at the colour palette, there’s a new Platinum Quartz Metallic option that sits somewhere between beige and gold, while all versions now adopt a feature called ‘Kinetic Posture Control’, which is designed to increase cornering stability by applying a small amount of brake force to the unloaded wheel during cornering. Here we’re trying Mazda’s hard-top RF (retractable fastback) version. 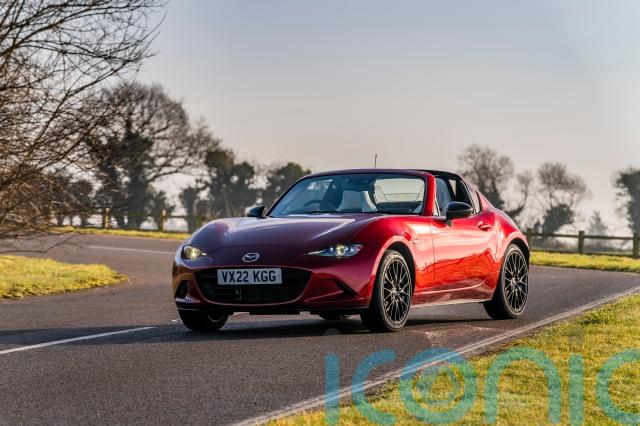 Though lesser trim levels of the MX-5 use a 130bhp 1.5-litre petrol unit, as our test car is a top-spec GT Sport Tech version, it uses the more powerful 2.0-litre engine. Putting out 181bhp and 205Nm of torque, these numbers might look tiny in a day and age of 800bhp supercars, but thanks to the MX-5’s lightness, it’s able to accelerate from 0-60mph in 6.6 seconds and reach a top speed of 137mph. It also keeps the tried-and-tested rear-wheel-drive layout, with a six-speed manual gearbox used here. An automatic is available, but virtually nobody chooses it.

As for that fuel efficiency, which is more important than ever (even on a car like this), Mazda claims 40.9mpg and CO2 emissions of 155g/km. That 40mpg figure is pretty easy to achieve too.

The MX-5 remains an absolute gem in terms of everyday fun motoring. That engine is an absolute delight to rev up, while the six-speed manual has a particularly sweet action that makes changing gear a joy rather than a pain. You can also enjoy the MX-5 at sensible speeds and on everyday roads, without living in fear of a speed camera lying around a corner.

Though not the most accommodating of cars, this six-foot-tall tester could still get comfortable behind the wheel, though it is quite snug, particularly with an intrusive footwell. But you forget about those sorts of things when behind the wheel. It’s super engaging, involving, simple and almost in a class of its own in this respect.

Even the driver assistance features are engineered in a way to not annoy you – just one click of the lane assist and it’s off and stays off, while the blind spot monitoring system helps to address the RF’s weak over-the-shoulder visibility. 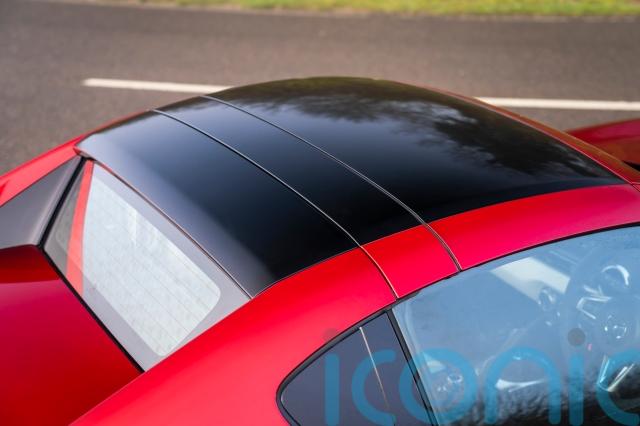 Even in Mazda’s own words, ’the MX-5’s styling has been left alone’ for 2022, and given its neat, fuss-free design, we can’t blame the designers for turning their attention elsewhere.

With its long bonnet, sharp LED headlights and sculpted shape, it looks like a sports car without being over the top. The RF model perhaps isn’t quite so elegant as the regular soft-top, looking more like a coupe, though some will prefer the ease of a roof that lowers at the push of a button, rather than using your own strength. The new Platinum Quartz colour is certainly different too, though we reckon it’s worth paying a few hundred pounds more for Mazda’s incredible Soul Red Crystal colour. 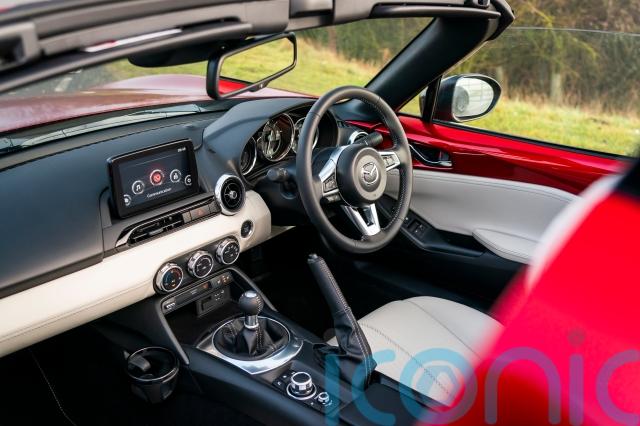 There’s no getting away from the fact the MX-5’s interior is starting to show its age, with no real major changes made here since 2015 in terms of design. That said, it remains pretty functional and easy to use, with big round dials ahead of you, as well as a conventional handbrake (remember those?). The seven-inch screen itself isn’t the slickest, but the wireless Apple CarPlay and Android Auto work well. The body-coloured door panels and white leather seats on our test car also help to lift the cabin.

As we’ve touched on already, the MX-5’s interior is pretty snug, and the RF is even more so because of the extra bulk of the metal roof mechanism. At 127 litres for the boot, you’ll need to pack sparingly too. 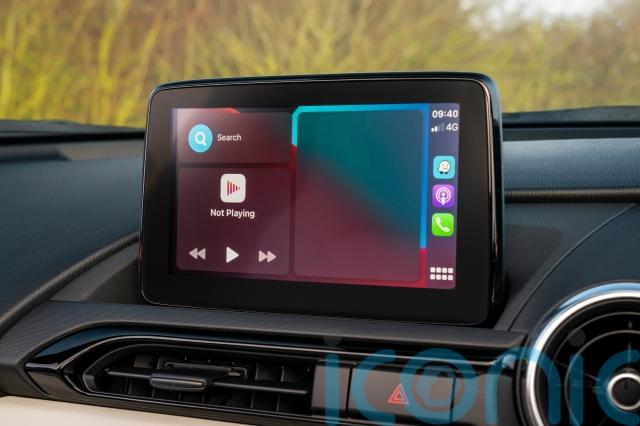 All MX-5s get a decent level of equipment, with auto-levelling LED headlights, heated seats and climate control included across the range. Choose the Sport and it brings further safety tech, along with black leather seats and keyless entry.Further up the ranks, the Sport Tech brings a reversing camera, a limited-slip differential and Bilstein sports suspension, while the flagship GT Sport Tech adds smart 17-inch BBS alloy wheels and light Nappa leather seats.

Mazda knows its MX-5 remains one of the best sports cars around, as that’s why it remains so lax with its annual round of updates. Providing you can get comfy, its driving experience is one of the most enjoyable around, feeling simplistic, eager and very involving.

There won’t be that many more years when we can enjoy a brand-new, manual, non-electrified sports car, which only adds to the appeal. Yes, that interior is starting to show its age and it might not be the bargain it once was, but neither detracts from the smiles per mile the MX-5 offers, rain or shine.