First Drive: The new Lexus RX gets a modern makeover for its fifth generation 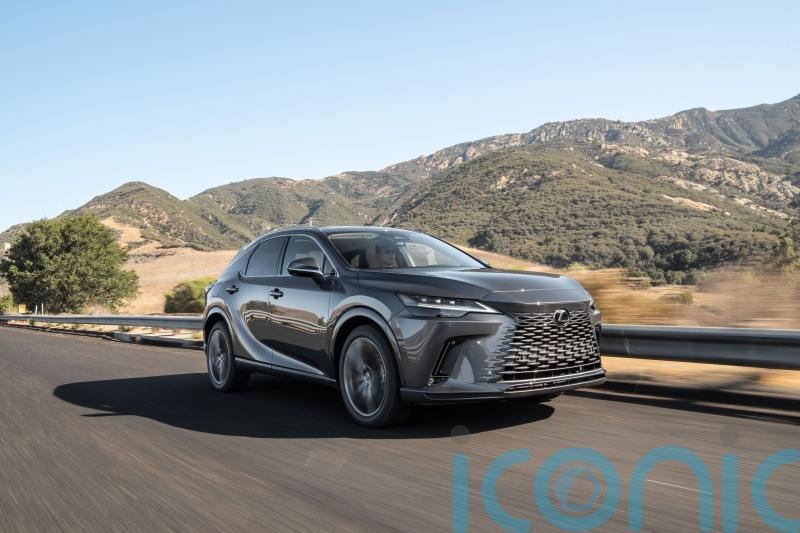 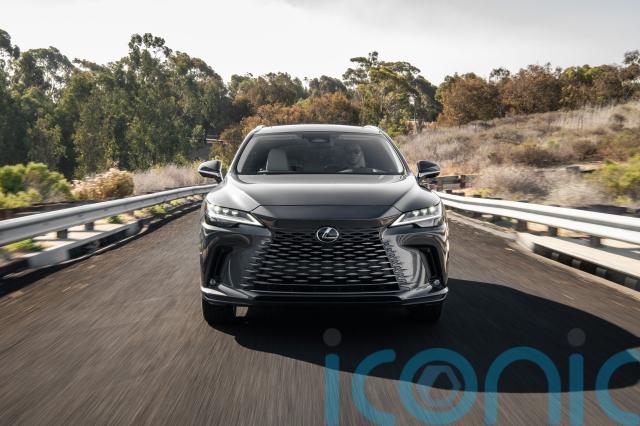 Lexus has been in the premium SUV game longer than most, with its RX 300 first debuting in 1999, and since then 3.5 million have been sold. Though other global markets might account for far more RX sales, close to 60,000 have still come to the UK.

It has successfully evolved with the times, too, with the 2005 RX 400h being Lexus’ first hybrid – something the brand has built on ever since. That brings us to this latest fifth-generation RX, which is debuting a number of new electrified powertrains, while being overhauled inside and out. Ahead of the first deliveries in early 2023, we’ve been out to test it in California to see if it can compete in the ever-popular premium large SUV market. 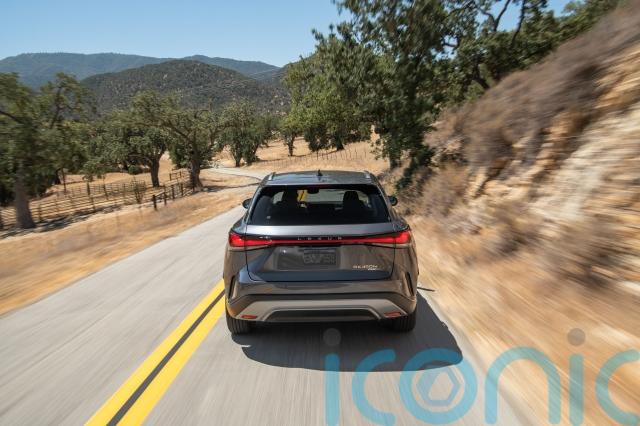 This latest RX represents quite a big shift from its predecessor. Using a new platform known as GA-K, shared with the mid-size NX, Lexus says the car is 95 per cent new.

There are three powertrains that are either new or heavily reworked, while there’s the introduction of a plug-in hybrid RX for the first time. The exterior design gets a bolder and more modern look, while the interior has been overhauled with a brand-new infotainment system displayed on a smart new 14-inch touchscreen display. 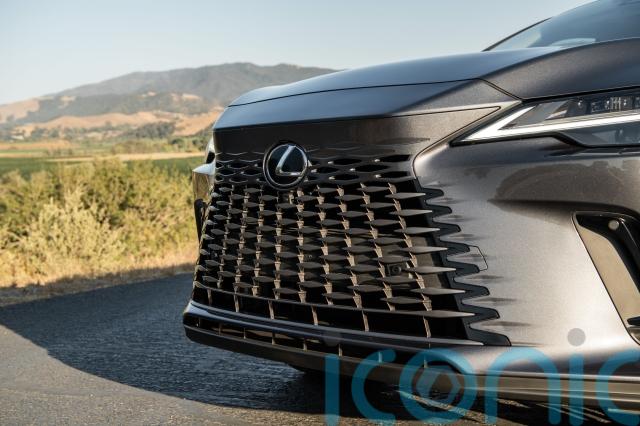 Like its predecessor, the new RX is being offered purely with hybrid powertrains in the UK, with a choice of two regular hybrid setups (one being more performance orientated) and a new plug-in option we’re trying here.

Predicted to be the best-seller, this PHEV is very similar to the one that debuted earlier this year on the new NX and pairs a 2.5-litre petrol engine together with twin electric motors for a combined 304bhp. Drive is sent to all four wheels too via a stepped automatic gearbox, with the sprint to 60mph taking 6.3 seconds, and it’s able to take the RX to a top speed of 124mph.

But it’s the 40-mile electric range that will be the greater attraction thanks to the large 18.1kWh battery, with scope for some impressively low running costs if charged regularly, which takes 2.5 hours using a 6.6kW charger. Lexus claims up to 256.8mpg, with CO2 emissions as low as 24g/km.

The Lexus RX has always excelled when it comes to comfort and refinement, and that remains the same with this latest generation. In fact, it’s only improved thanks to the addition of this plug-in hybrid’s greater electric-only running ability, which offers scope for plenty of journeys to be completed without waking the engine – particularly around town.

Lexus has worked to make the RX into more of a ‘driver’s car’, and it certainly feels more dynamic than its predecessor, with improved feel through the corners and less body roll. But make no mistake, this SUV is at its best at a steady cruise. If you want an RX with a sportier feel, the top-spec ‘RX 500h’ version offers a more engaging driving experience, but when it comes to outright involvement, the BMW X5 and Porsche Cayenne continue to lead the way. 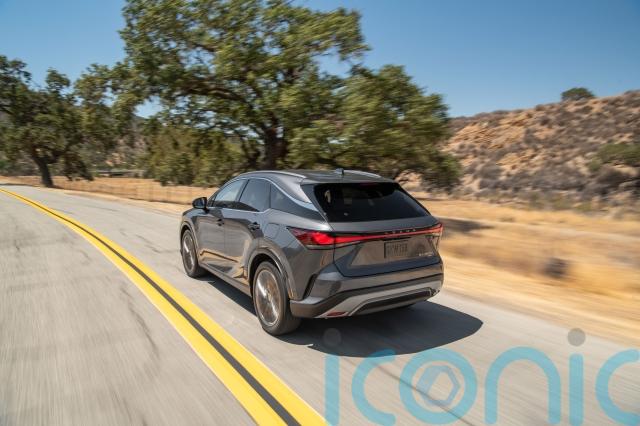 Lexus’s designs have continued to get bolder and bolder in recent years, and the RX has too, gaining reworked styling that brings it in line with the firm’s latest NX and also the new electric RZ.

The front end is dominated by a reworked version of Lexus’s well-known ‘Spindle grille’, and when this is in gloss black, it gives the SUV a particularly imposing look. It’s an example of how to do a big grille without being over the top – take note BMW.

Though a car’s looks will always be subjective, we can’t help but feel the rear looks a bit bland compared to the front. Yes, there’s a large LED light bar, but aside from that there are few other noteworthy details and it makes it look a bit anonymous. 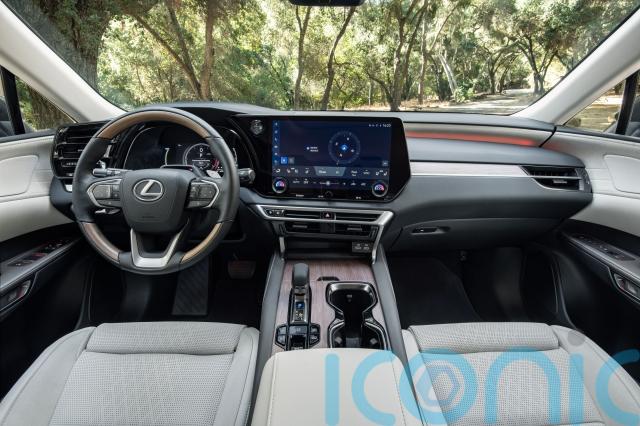 Head inside the new RX and it feels like a huge step up compared to the outgoing car. The button-cluttered cabin of the past is gone and in its place is an interior dominated by the new 14-inch touchscreen that debuted on the NX. It’s a real step up compared to Lexus’s old infotainment system (operated by an awkward touchpad) and immediately modernises the cabin. While retaining physical climate buttons is appreciated, it could be improved by a main ‘home’ button, as negotiating between the menus can be a bit tricky.

The quality remains as high as ever, with a feeling that the RX has been built to last, while the level of space on offer is impressive – particularly in the rear seats, where adults can comfortably sit behind someone in the front even with their seat as far back as possible.


Regardless of what RX you pick, you’re guaranteed a very impressive level of equipment, with all versions getting electric and heated front seats, blind spot monitoring, triple-zone climate control and keyless entry.

Upgrade to the Premium Plus version and large 21-inch alloy wheels, smooth leather upholstery, ventilated front seats and a head-up display to name just a few highlights. Right at the top of the line-up, the Takumi model gets pretty much any item you could think of, including adaptive suspension, a panoramic roof and an outstanding 21-speaker Mark Levinson sound system that’s a must for any music lover.

Lexus UK is yet to announce pricing for the new RX, though we expect prices to rise noticeably over the current car’s £57,865, taking into account the uplift in hybrid powertrains and technology.

Lexus seems to be on a roll at the moment, and just like the second-generation NX that arrived earlier this year, this new RX feels like a significant step forward compared to its predecessor.

The overhaul in technology is most certainly welcome, as is the slightly more engaging driving experience. This plug-in hybrid powertrain would be our pick of the RX line-up, too, with its usable electric range and impressive refinement. If Lexus gets the price right, it could be onto a winner with this large SUV.