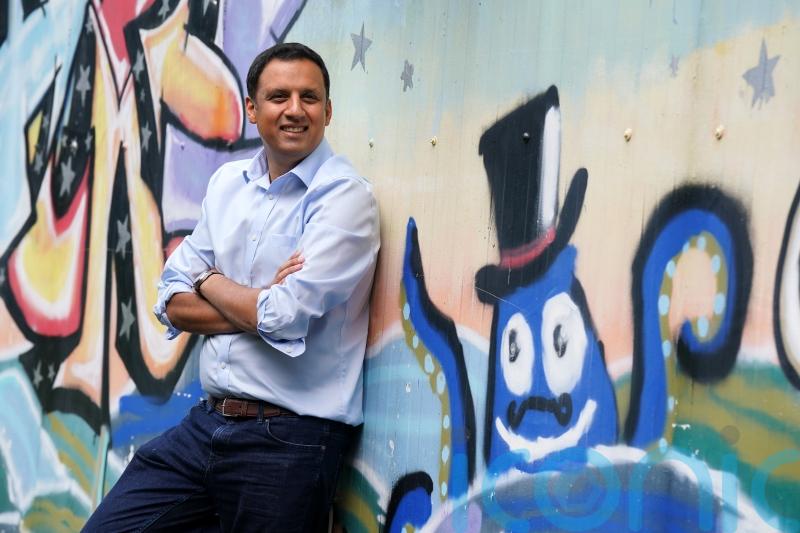 Scottish Labour leader Anas Sarwar said his party is “desperate” for a general election, to expose the failures of the UK and Scottish Governments in tackling the cost-of-living crisis.

The Glasgow MSP was at Acre Community Hall, in the city’s Maryhill, to help distribute food parcels and to plant seeds in a community garden.

His comments came as the Bank of England increased interest rates to 1.75% amid warnings inflation could rise to more than 13%.

It is the biggest interest hike in 27 years as a recession is forecast to hit the UK this year. 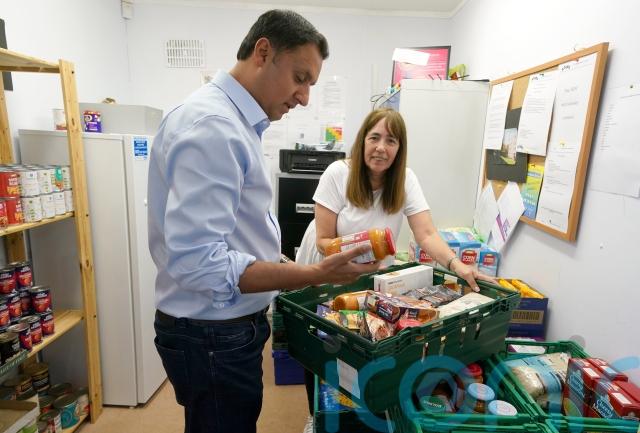 Mr Sarwar said both of Scotland’s Governments were “out of touch” on how to adequately address the financial strain hitting families.

The average energy bill is also expected to climb to almost £4,000 a year from January.

Mr Sarwar said: “What we need is, not this rhetoric from our two Governments, not this fake fight between Liz Truss, Rishi Sunak and Nicola Sturgeon.

“What we need is our Governments to get their heads out of the sand, take urgent action so we can stop people starving in our country.”

Conservative leadership candidate Rishi Sunak has come under fire after a leaked video showed him claiming to have “diverted public money from deprived urban areas”. 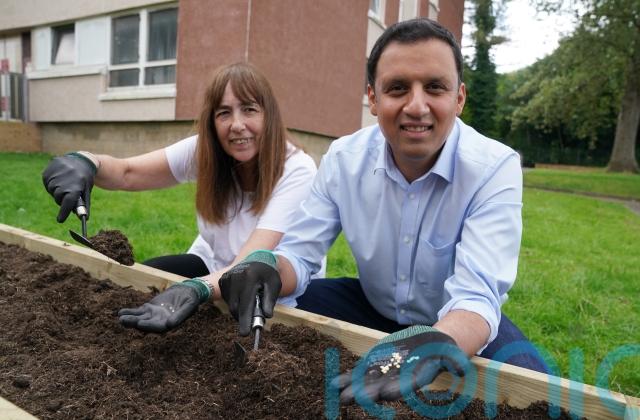 That, along with the policy pledges from Mr Sunak’s competitor, Ms Truss, has led the Scottish Labour leader to say they were no different from outgoing Prime Minister Boris Johnson.

He said: “When people are seeing their living standards fall, when they’re seeing a need for their Government to focus on them, the people and their priorities, you instead have this contest going on in the Conservative Party which is more of the same.

“What I’m desperate for is not to get a different version of Boris Johnson, I’m determined to put these people out of Downing Street and to get some credibility, some honesty and some principle back into our politics and actually have Governments that are working for the people rather than for their own interests.

“So Liz Truss, Rishi Sunak, whoever we end up with as a prime minister, I want a general election to put these people out – only Labour can ultimately do that.”

But he condemned the Scottish Government’s handling of the crisis, urging First Minister Nicola Sturgeon to focus on the issues affecting Scots – and not an independence referendum.

“Stop focusing on your own obsessions that’s about dividing people and start thinking about how we feed people in our country.”

A UK Government spokesman said: “We understand that people are struggling with rising prices which is why we have acted to protect the eight million most vulnerable British families through at least £1,200 of direct payments this year with additional support for pensioners and those claiming disability benefits.

“Through our £37bn support package we are also saving the typical employee over £330 a year through a tax cut in July, allowing people on Universal Credit to keep £1,000 more of what they earn and cutting fuel duty by 5p saving a typical family £100.”

A Scottish Government spokesman said: “People are rightly concerned about a possible recession, which is why the Scottish Government has continually urged the UK Government to use all the levers at its disposal, with its full range of powers, to tackle the cost-of-living crisis and child poverty and provide immediate support.

“In contrast, building on minsters’ long-standing commitment to reduce inequalities, within our limited budget, the Scottish Government has allocated almost £3 billion in this financial year which will contribute to helping families and households face the increased cost of living, including provision of services and financial support not available elsewhere in the UK that is helping to reduce everyday costs and increase incomes.

“We doubled our Scottish Child Payment to £20 per child per week in April and will increase it to £25 when we extend it to under 16s by the end of the year – a 150% increase within nine months.

“We are the only nation in the UK offering this vital anti-poverty benefit.”