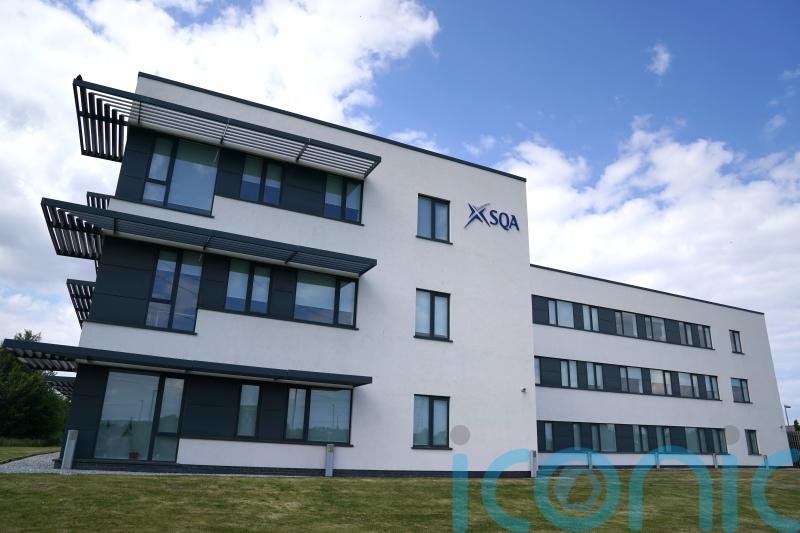 Unite said workers at the Scottish Qualifications Authority (SQA) have “overwhelmingly” agreed the new pay deal – put to them after they took strike action for the first time.

SQA workers earning up to £30,000 will receive a pay increase of a minimum of £1,700, according to Unite, with the union adding this represented a rise of 8.9% for some staff there.

Meanwhile, those earning more than £30,000 will receive a 5.9% increases in wages, the union said.

This deal is a “significant improvement” on the one originally offered to workers, Unite insisted.

It comes after SQA staff walked out on strike for the first time in their history earlier this month.

Sharon Graham, Unite general secretary, said that workers in the SQA “bravely took strike action for the first time in the organisation’s history”.

And she added: “The action directly led to an improved wage offer which has now been accepted by our members.

“It’s a deal that will help them keep up with the cost of living and our members should be applauded for standing up for better jobs, pay and conditions at the SQA.”

However, Unite said it still has “serious concerns” over Scottish Government plans to scrap the SQA, with the union claiming there has been a lack of assurances over job roles, locations, pay and conditions for SQA workers in any replacement organisation.

Alison MacLean, Unite industrial officer, said: “We welcome the new pay deal at the SQA as it represents a significant improvement from the starting position in the negotiations.

“The deal only came about through the strike action our members took, and the threat that more days would follow.”

However, she added: “We remain deeply concerned about education reform in Scotland and the implications for the workforce at the SQA because these issues remain unresolved.”

A spokesperson for SQA said: “We welcome the result of our trade union ballots on the recent pay offer. It is a good outcome for learners and a fair deal for our hardworking staff.”

A Scottish Government spokesperson said: “It is welcome that Unite members have accepted the pay offer, averting further industrial action.

“The Scottish Government remains committed to ensuring that workers’ rights are protected throughout the process of education reform and when the SQA is replaced by a new qualifications body.

“We will continue to engage with SQA management, staff and unions to try to address the concerns raised.”