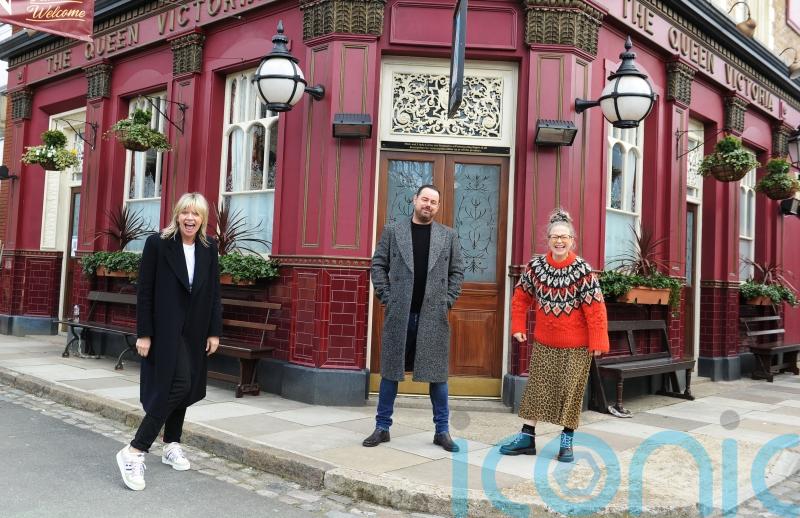 Danny Dyer confirmed he will be making a new travel show with his daughter Dani as he said he is leaving EastEnders to do more work with her.

The new set of the BBC One flagship soap will be seen on screen for the first time on Monday as the programme airs in its “new simplified schedule”.

Dyer, 44, who announced he will stop playing Queen Vic landlord Mick Carter after nine years, appeared on the BBC Radio 2 breakfast show with Zoe Ball from the new EastEnders set to mark the schedule change.

“I want to work with my Dani a lot more. I think one of the reasons I have decided to leave the show is because I do want to explore working with my little Dani, do you know what I mean.

“I love her so much and I think we have such a natural chemistry, such an interesting relationship. I think it needs to be explored more, so we are excited about that.

“They’ve just been pitched my leaving storyline, which I can’t tell you, which is going to be epic. It’s huge.”

Actress Kellie Bright, who plays his on-screen wife Linda Carter, said: “It is going to be epic. I don’t know how I am going to get through it, actually. Obviously, I am very sad that Danny’s going but it is going to be very, very exciting.” 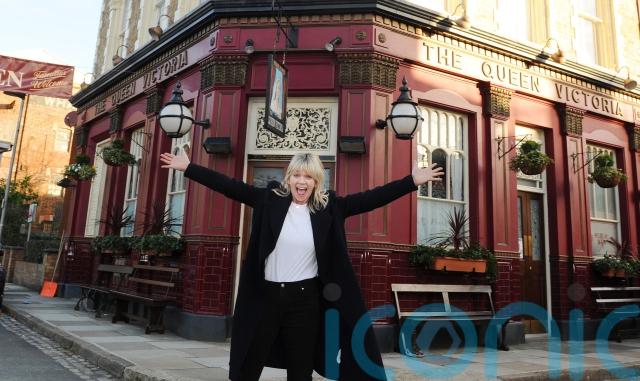 Toby Alexander-Smith, who plays Gray Atkins – dubbed one of the soap’s worst villains – said he got quite emotional talking about the character, who is set to get his comeuppance this week.

Speaking to Ball from the new set, the actor said: “I think the audience have been waiting for this for a long time, and I think, as an a actor, I have as well, so to see it all coming together and to see Gray finally get his comeuppance, I think it is really exciting.

“We filmed some stuff the other day and I actually got quite emotional just talking out loud about this whole journey as Gray because it’s been such a rollercoaster to see it sort of climax and to see it all come together – it did actually affect me more than I thought it would.”

The EastEnders set was originally due to be finished by 2018 at an estimated cost of £59.7 million, but the bill ended up being £86.7 million.

Production manager Rona McKendrick, who has worked on the set for 30 years, said on the breakfast show: “It is an extraordinary piece of work. Having worked on the old set for so long, to see this new refreshed set, there is new life in it, it is really exciting.”

She added that the set has new back alleys and new roads with garages giving them a chance “to explore new storylines”.

The new schedule will see the soap air on BBC One at 7.30pm on Monday, Tuesday, Wednesday and Thursday.

It came after ITV announced that it would also be changing its soaps schedule in March, moving Coronation Street to hour-long episodes on Monday, Wednesday and Friday at 8pm, while Emmerdale will move to a 7.30pm slot.

Speaking to Lorraine, Emmerdale actress Rebecca Sarker said it has been a “dream” to play Manpreet Sharma in the ITV soap and that “people are gripped” by her storylines.

“Every few weeks you receive emails with the shooting scripts and it’s just been sort of high-octane drama one after the other,” she said.

“Just when you think it’s safe to get back in the water, there’s something else that happens, some more high drama occurs, so it’s been brilliant, it’s been fantastic to play. I have really really enjoyed it and, as I say, its not over yet.”

The actress said of her forthcoming storyline: “She does a runner. The search for mother is on and it is going to be complicated.”

Talking about the famous faces her on-screen baby has resembled, she added: “Initially it looked like Chris Lilley, the Australian comedian, then he looked like Paul McCartney, and then it looked like David Dickinson, so it’s been emotional.”