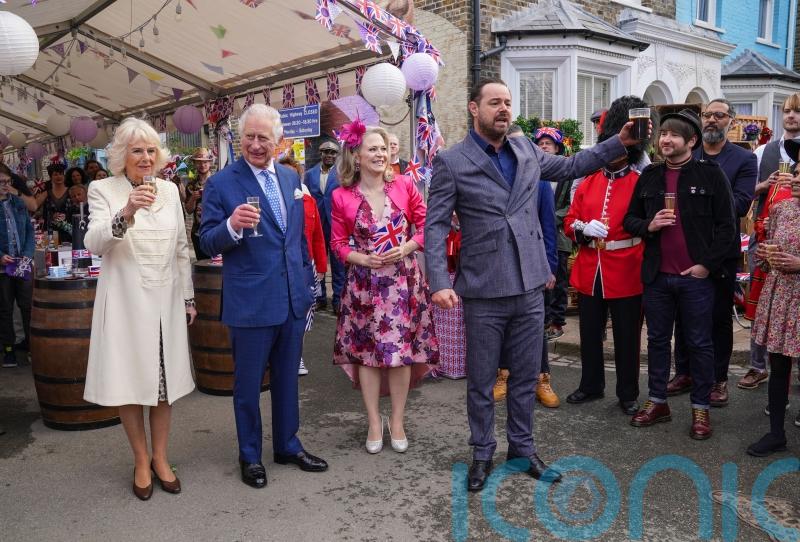 The Jubilee episode of EastEnders featuring Charles and Camilla will close with a royal adaptation of the soap’s classic theme tune.

The regal tune will play during the end credits of Thursday’s show as residents celebrate the royal visit and toast the Queen’s 70 years on the throne.

The Jubilee-themed tune was written by Simon May, who composed the original piece. 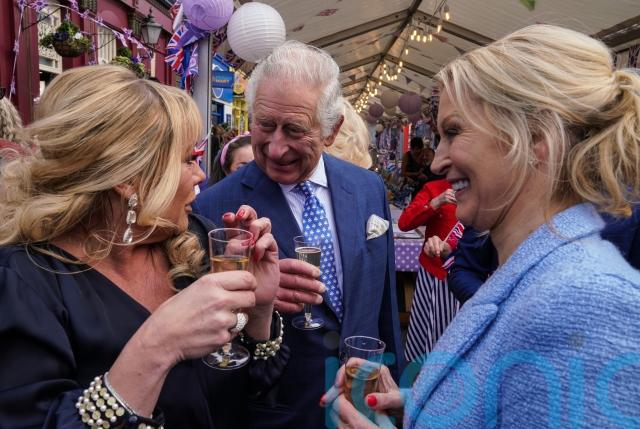 May has written other variations of the classic BBC soap opera theme tune, including one for one of the show’s creators Julia Smith and another for Barbara Windsor’s farewell episode as Peggy Mitchell.

In the Jubilee programme, Charles and Camilla will surprise the residents of Albert Square at a street party held in honour of the monarch’s historic reign.

As he welcomes her to Walford, Camilla points out the “nice little bottle” of rum from Trinidad that Patrick is holding.

In unison, they say: “A drop a day keeps the doctor away”, causing the cast to laugh along with them.

Camilla adds that she had tried the rum during a visit to Trinidad, to which he replies: “And you’re still standing, Mam?” 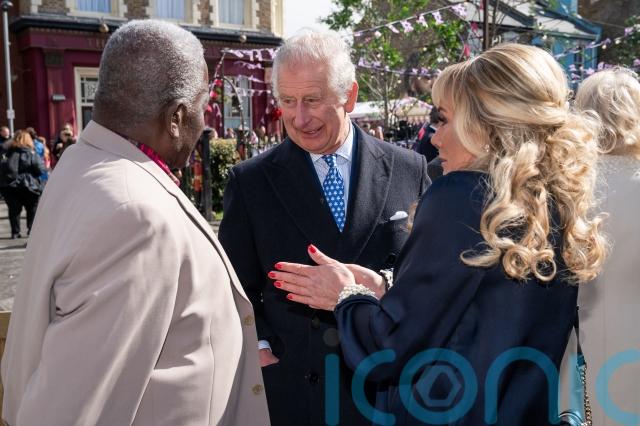 Patrick then asks the duchess if he can interest her in a tot of rum before she leaves, to which Camilla agrees as the cast cheer in the background.

After they say hello to Martin Fowler, played by James Bye, he turns to Sharon Watts, played by Letitia Dean, saying “How amazing was that?”.

Looking hesitant, Sharon questions if she could ask them a favour, to which Martin replies: “Well, takes a princess to ask a duchess”. 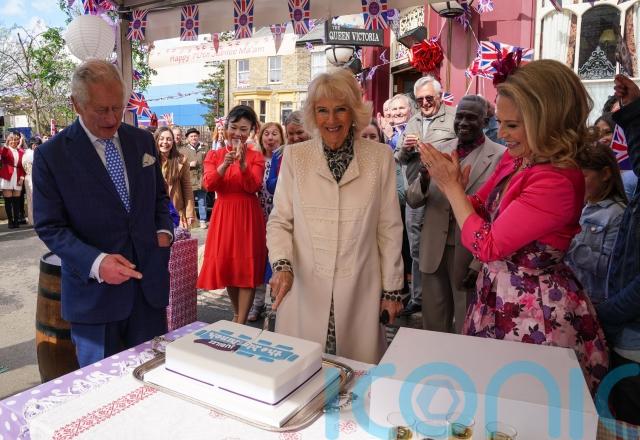 The royal couple filmed the scenes in March when they visited the new Elstree set and met the cast and crew of the long-running soap opera.

The show’s executive producer Chris Clenshaw said: “To have Prince Charles and the Duchess of Cornwall not only visit us all in Walford, but to also appear in an episode, we felt it was only right that we marked this extremely momentous episode with a fitting tribute and what better way than to wish their royal highnesses on their way from Albert Square than with a special Jubilee version of our iconic theme tune, remastered by the very talented Simon May.”

The special Platinum Jubilee episode featuring Charles and Camilla is due to air on June 2.