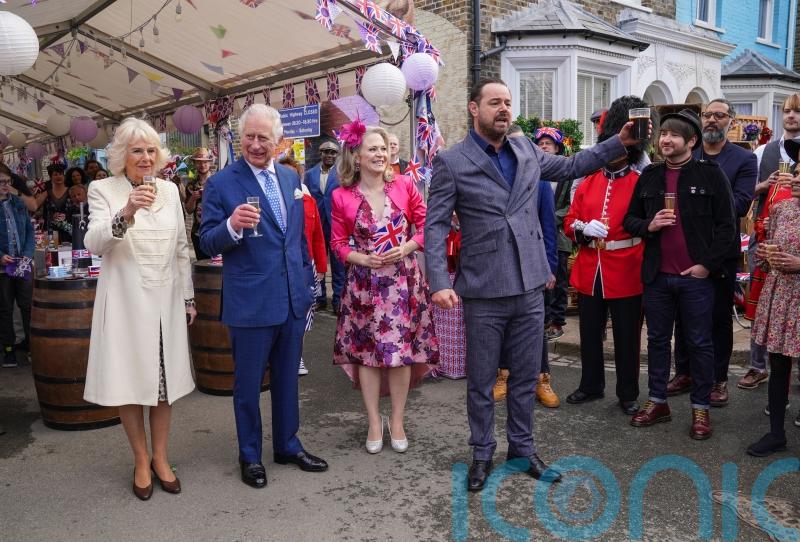 The Duchess of Cornwall has tied a ribbon for “all the victims of domestic abuse” during her appearance in a special EastEnders episode in honour of the Platinum Jubilee.

Charles and Camilla surprised the residents of Walford after Mick Carter, played by Danny Dyer, decided to throw a street party for the Square in celebration of the Queen’s 70-year reign.

The partygoers are left in disbelief when the royal couple pull up in a car outside the Queen Vic pub, greeted by Mick and Linda Carter, played by Kellie Bright.

During the episode, Camilla is introduced to Karen Taylor, played by Lorraine Stanley, whose on-screen daughter Chantelle Atkins, played by Jessica Plummer, was murdered in a domestic abuse storyline.

The Duchess takes a purple ribbon and ties it around a tree in memory of Chantelle, who suffered months of abuse at the hands of her husband Gray Atkins in the soap.

Camilla said: “This is for your daughter, Chantelle. This is for all victims of domestic abuse.

“It’s very important that she is remembered. My heart goes out to you, I know a lot of people who have lost children.” 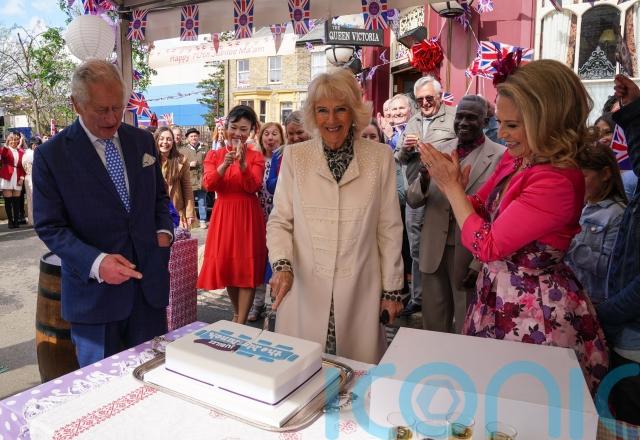 In the episode, Charles unveiled a plaque commemorating the visit to Albert Square dated June 2.

Dyer said: “We’d like to mark this very special occasion with a memento. We’ve all had a whip around and there is a collection for you behind the bar in your great-great-great-grandmothers boozer to go to a charity that is close to your heart.”

While meeting the residents of Walford, Charles is introduced to greengrocer Martin Fowler, played by James Bye, who explains the history of his market stall dating back generations in his family who have lived on the Square.

Charles said: “That’s the wonderful thing about London, all the different markets and stalls where people inherit them over the generations.”

The Prince of Wales said: “You lip-read very well” when introduced to Frankie Lewis, played by Rose Ayling-Ellis, and commented: “I don’t know how you keep this lot in order,” to police officer Jack Branning, played by Scott Maslen. 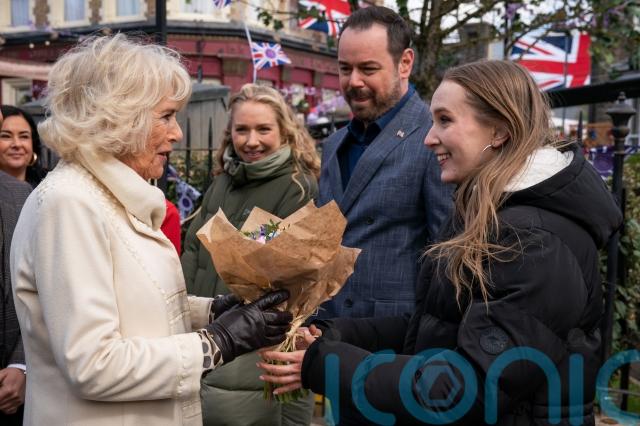 She was also introduced to “legend of the square” Patrick Trueman, played by Rudolph Walker, and points out the “nice little bottle” of rum from Trinidad that Patrick is holding.

In unison, they say: “A drop a day keeps the doctor away,” causing the residents to laugh along with them. 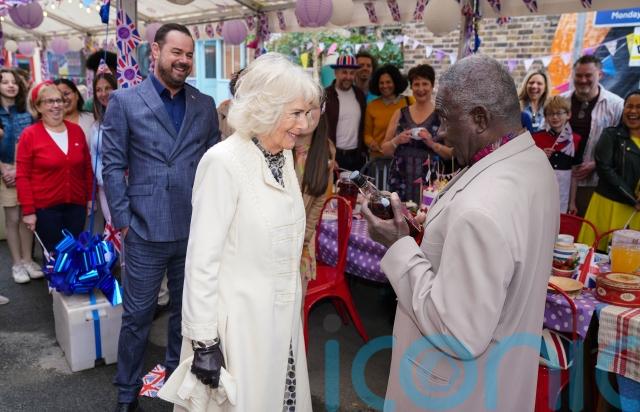 Patrick then asks the duchess if he can interest her in a tot of rum before she leaves, to which Camilla agrees, as the residents cheer in the background.

He later asks to pour a dribble into Charles’ cup of tea, to which he replies: “I thought you’d never ask.” 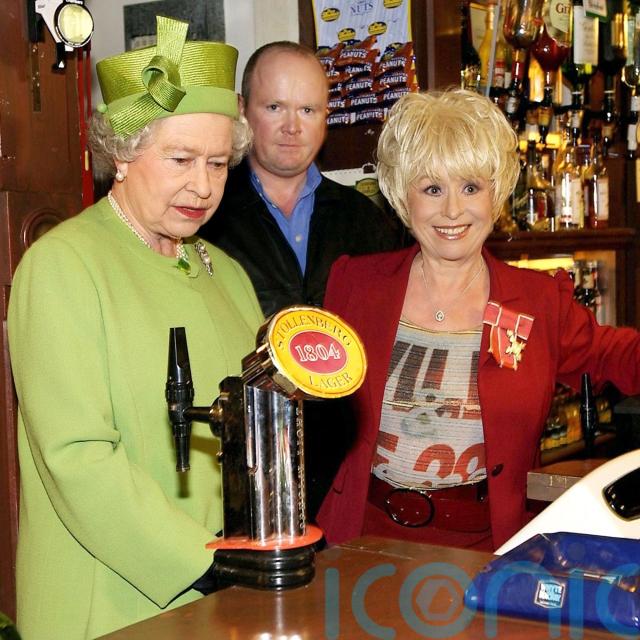 At the end of the episode, Dyer’s character shares a toast to Her Majesty the Queen and “to all the people up and down the country doing exactly the same thing as us, celebrating”.

The EastEnders star discovered in 2016 during filming for Who Do You Think You Are? that he is related to Thomas Cromwell, Edward III, William the Conqueror and Henry III.

The royal couple filmed the scenes for the long-running BBC soap opera in March when they visited the new Elstree set and met the cast and crew.

The royal visitor stepped behind the bar at the Queen Vic, strolled around Albert Square and through the EastEnders street market, meeting stars of the show.