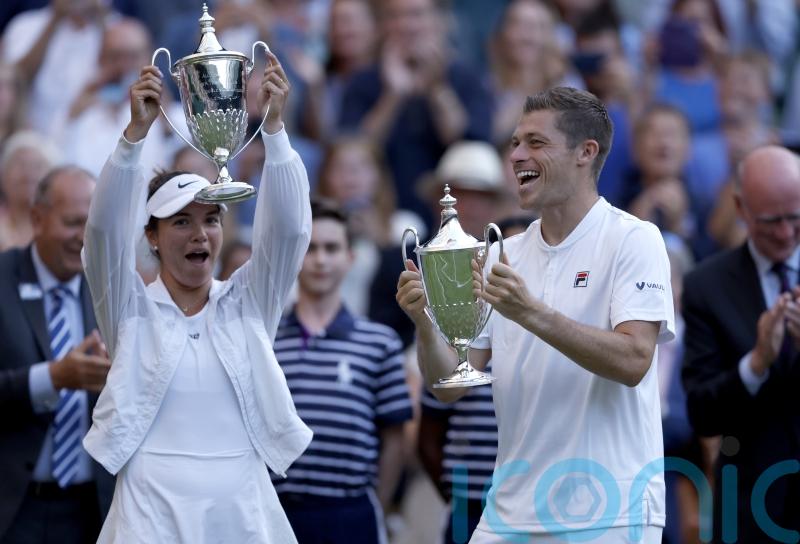 Skupski and Krawczyk claimed a 6-4 6-3 win on Centre Court to become the first pair since Cyril Suk and Helena Sukova 25 years ago to win back-to-back mixed titles at Wimbledon.

It is a second grand slam crown for 32-year-old Liverpudlian Skupski and a fourth for 28-year-old Krawczyk, who also won the French Open and US Open titles last year with Britain’s Joe Salisbury.

Skupski revealed afterwards they were not even intending to play together, with Krawczyk teaming up again with Salisbury, only for the latter to decide not to play mixed.

That left Skupski facing an awkward conversation with Canadian Gaby Dabrowski, who he had planned to play with.

“Obviously a great decision by me to change,” he said. “To try to defend the title with someone you won it with the year before is something I wanted to do personally. It was very special to do that at Wimbledon.

“It is very difficult. The doubles tour, it happens, people get dropped week in, week out. People do get used to it. It’s not nice.”

On the second title, Skupski added: “Wimbledon for me is the best tournament in the world. To be able to win it once with Des, then back it up, win it again, it’s quite crazy. 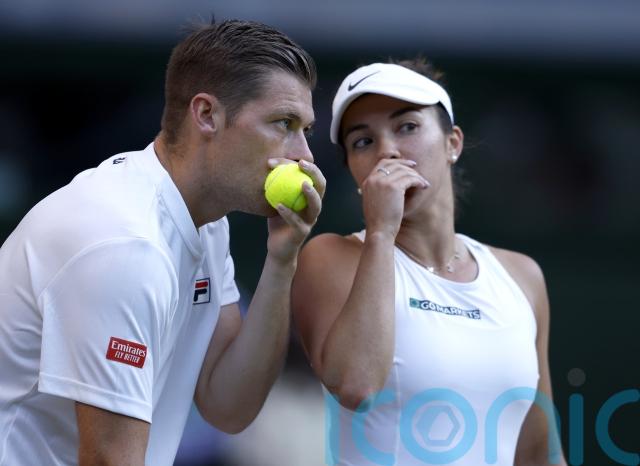 “Last year was my first grand slam. Amazing to have more people in the box today, especially for my parents to watch me live. They weren’t able to come last year. It’s definitely extra special this year for me.”

Ebden will have another chance to claim a title in the men’s doubles after he and Max Purcell staged a remarkable comeback to defeat world number one pair Salisbury and Rajeev Ram.

The loss was clearly a very painful one, with Salisbury, who double-faulted on match point, saying: “We couldn’t have been really any closer to being in the final and we both just screwed it up and couldn’t get over the line.

“It’s tough. We played some bad points the rest of the match but obviously we played two bad ones on match point. Obviously there’s pressure, you’re serving to get into the final. There’s extra nerves at that moment but you’ve still got to do better than that.” 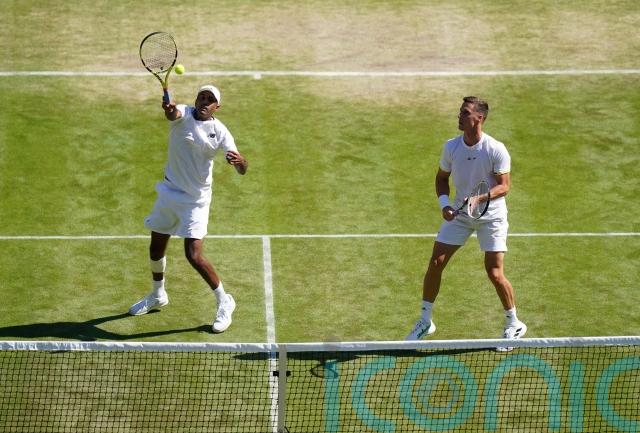 Asked how he would try to get over the defeat, Salisbury said: “Probably not play tennis for a while, not think about tennis, not watch tennis. Do something different and take a bit of time off. We weren’t going to play any tournaments for a while anyway.”

Jasmine Conway suffered a 2-6 6-2 6-1 defeat by Czech Linda Klimovicova in the quarter-finals of the girls’ singles while Alfie Hewett won a tightly fought battle with doubles partner Gordon Reid in the last eight of the men’s wheelchair singles.

Hewett finally clinched a 6-2 3-6 6-4 victory over Reid after two hours and 31 minutes and will take on Argentinian Gustavo Fernandez for a place in his first Wimbledon singles final.