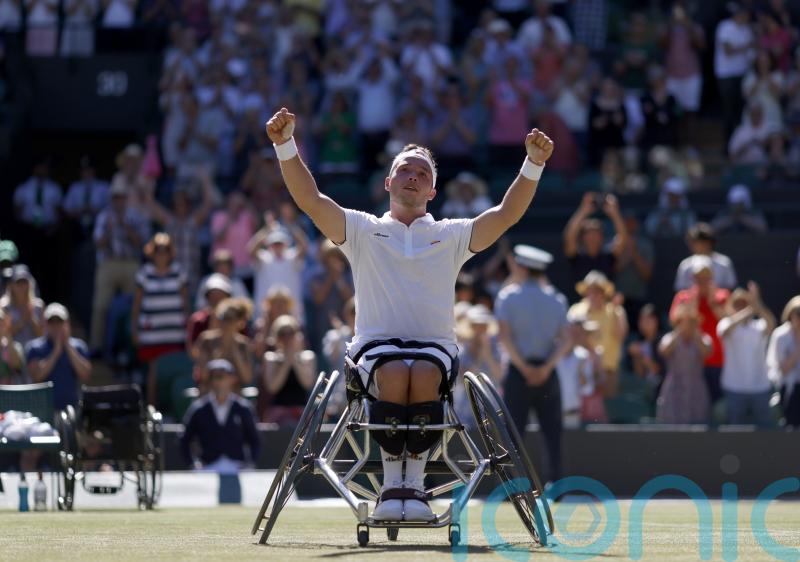 Britain’s Alfie Hewett thrilled a bumper Court One crowd with a sensational comeback from a set and 5-1 down to reach the Wimbledon wheelchair singles final.

Hewett had been disappointed that his quarter-final against Scotland’s Gordon Reid had been played out on Court 14 rather than a bigger court.

The 24-year-old got his wish against Gustavo Fernandez of Argentina and gave the spectators a thrilling spectacle in return.

Hewett has reached his first Wimbledon singles final, where he will meet Japanese top seed Shingo Kunieda on Sunday.

“That was incredible – I’ve never experienced anything like it before,” he said in his on-court interview.

“We try to improve the exposure of our sport and I think we showcased a pretty good level today.”