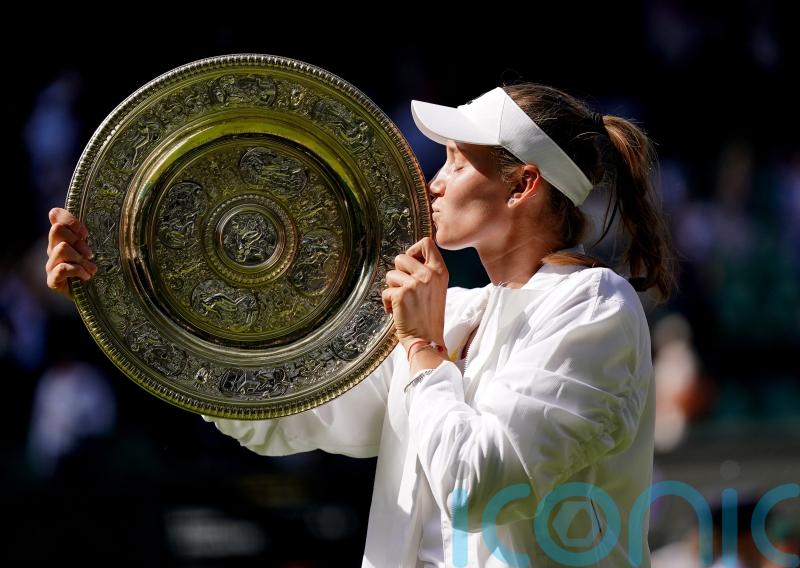 Wimbledon champion Elena Rybakina’s grand-slam breakthrough in SW19 has been overshadowed by the political backdrop to this year’s tournament.

But the fact the 23-year-old was born and raised in Moscow – she switched international allegiance in 2018 – has left an uncomfortable feeling for many in a year players representing Russia are banned from competing at the All England Club.

While Rybakina’s triumph was surrounded by controversy, her journey to this point has been full of trials and tribulations. But at the heart of everything, the one constant has been her belief.

She took her first steps into the sporting world in gymnastics and ice skating, but her height soon meant she had to look elsewhere.

After tennis was suggested by her father, she spent hours training with other aspiring players at the Spartak Tennis Club.

In spite of her parents’ insistence that school came first, as a teenager all she wanted to do was play tennis.

“I remember that it was for me so difficult to combine tennis and school,” Rybakina said. 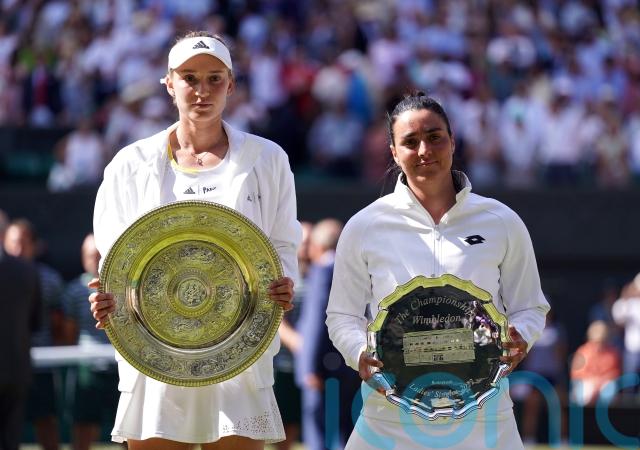 “Just remember at 17, 18 I have to do the exam and I’m playing the semi-final of French Open junior, I think. It was a nightmare to be honest. The fights with the parents because they want me to study, but the same time they see the results as a junior.”

Rybakina had to wait until 2015 to make her debut in the girls’ competition at a grand slam and she made a run to the third round of the US Open.

Appearances in the semi-finals of the Australian Open and French Open two years later hinted at the talent of the six-foot athlete, but further help was required to fulfil her potential.

It was then, back in 2018, that she made a decision which proved decisive to her Wimbledon success.

Kazakhstan offered her an incentive of greater financial support if she changed nationality, while she also had college offers from the United States.

In her heart of hearts, Rybakina never dreamed of America and she accepted the offer of Kazakhstan.

“It was very good timing because they were looking for a player. I was looking for some help. They believed in me, so I think it was a very good combination,” she added.

Success at the Bucharest Open, shortly before Rybakina’s 20th birthday in 2019, was her first WTA title and showed she was reaping the rewards of working with coach Stefano Vukov on a full-time basis.

When Rybakina started 2020 by reaching four finals, winning one in Hobart, it felt a matter of time before she made a long run at a grand slam – but the world had other plans. 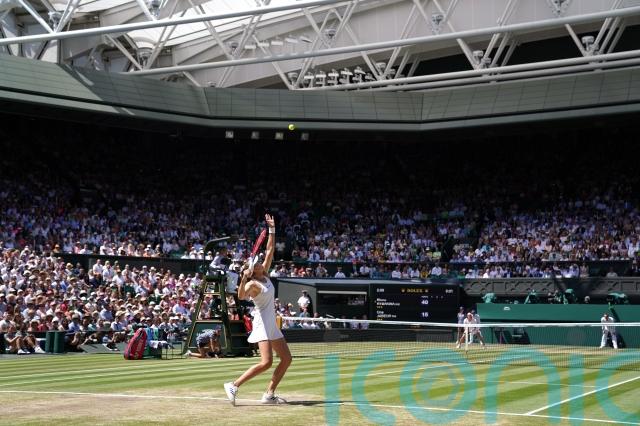 The timing of the coronavirus pandemic was bad for Rybakina, who was unable to train, and when the WTA Tour resumed she struggled.

She admitted: “I was going just up. I thought that I can play every tournament no matter how I feel. It was just going always my way. I felt really good. Everything was new for me.

“After corona, after this long period, it was very difficult to come back. During the pandemic, I didn’t practise at all. It wasn’t easy.”

Sporadic wins at grand slams after the resumption of tennis felt underwhelming, and a run of early exits on the 2021 clay swing gave no hint of what would transpire at Roland Garros.

Rybakina beat 23-time grand-slam champion Serena Williams in the third round, blasting the American great off court with a string of winners and several aces, but her celebrations were muted in very trademark fashion.

“I’m just a very calm person, I’m not showing my emotions. It’s been always like this but of course I’m full of emotions inside,” she would later explain.

Rybakina’s French Open run would end in the quarter-finals, and she followed it up by making the last-16 at Wimbledon and finishing fourth at the Olympic Games for Kazakhstan.

But after reaching a career-high ranking of 12, Rybakina ran into trouble with minor injuries and Covid-19 affecting her form at the start of 2022.

It meant expectations were low at the All England Club but after flying under the radar during week one, a second last-eight appearance at a grand slam came with heightened scrutiny.

Having faced questions about her nationality, her home and the war, Rybakina kept her focus on her game and produced a calm and composed display to see off favourite Jabeur on Centre Court.