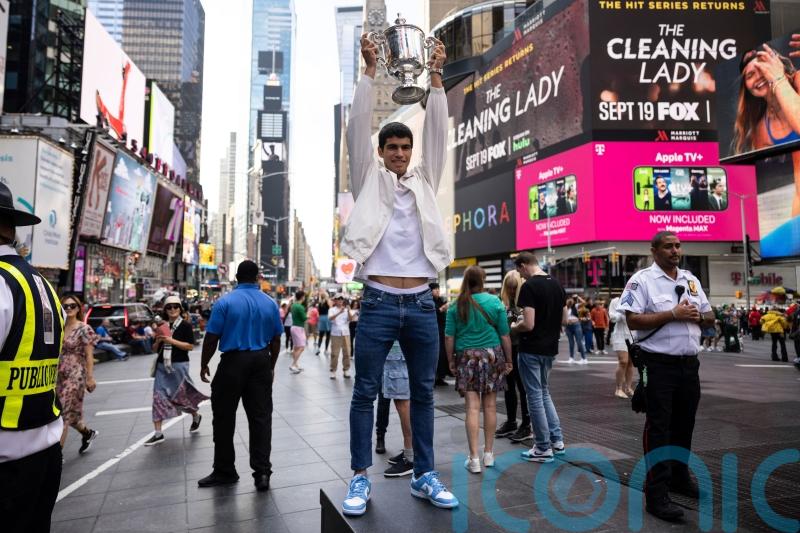 The final grand slam of the year also almost certainly marked the end of Serena Williams’ great career and was packed full of memorable matches.

While tennis revelled in the glory years of Williams, Roger Federer, Rafael Nadal and Novak Djokovic, there was a black cloud looming on the horizon regarding what came next? In the rise of Alcaraz, Jannik Sinner, Swiatek, Coco Gauff and others, it is clear fans have much excitement to enjoy and to look forward to. Alcaraz is a one-man highlight reel and has the on-court charisma to draw in fans from outside the sport. There still remain question marks around how tennis moves forward, particularly commercially, but the forecast is certainly a lot rosier.

Kyrgios can win a slam

Nick Kyrgios will always polarise opinions, from people who cannot abide anything about him to those who are willing to accept everything he does because it puts eyeballs on the sport. Some of the Australian’s behaviour at the US Open should definitely not be excused – his new-found tendency to spit towards people is disgusting – but his realisation finally that he does want to achieve his potential should certainly be celebrated. Kyrgios is no longer afraid to admit how much he cares about tennis and should be extremely motivated for the Australian Open in January.

All aboard the Jack Draper train

One of the biggest disappointments of the tournament was Draper’s enforced retirement in the third round with a thigh injury. The 20-year-old from Surrey had knocked out Felix Auger-Aliassime and was leading eventual semi-finalist Khachanov when the problem struck. But Draper showed more than enough to demonstrate again what a huge talent he is, with his powerful game backed up by much-improved movement and a strong competitive desire. He has broken into the top 50 and expect him to continue his rapid climb.

The US Open was quick to trumpet its latest-ever finish when Alcaraz defeated Sinner at 2.50am but is that really something to celebrate? Tennis is the only sport that insists on pushing on into the small hours of the morning even though the schedules could easily accommodate matches at more sensible times. Commercially it obviously makes sense to have two sessions each day and to allow people to come and watch after work and on TV. But by playing on beyond midnight, most spectators are unable to stay and only hardcore fans would contemplate watching on TV. There must be a better solution.

Swiatek was guaranteed to be miles ahead in the rankings whatever happened in New York but, by winning her first hard court grand slam to go with two French Open titles, she has taken a real step forward. Grass may take her some time to master but she will go into all other tournaments as the favourite, perhaps for years to come. At her best, she is clearly a cut above, dictating with her heavy forehand and superb movement, and she won this title despite only hitting the heights sporadically. Her prowess on clay is already obvious but, at 21, the Pole could hoover up grand slam titles.