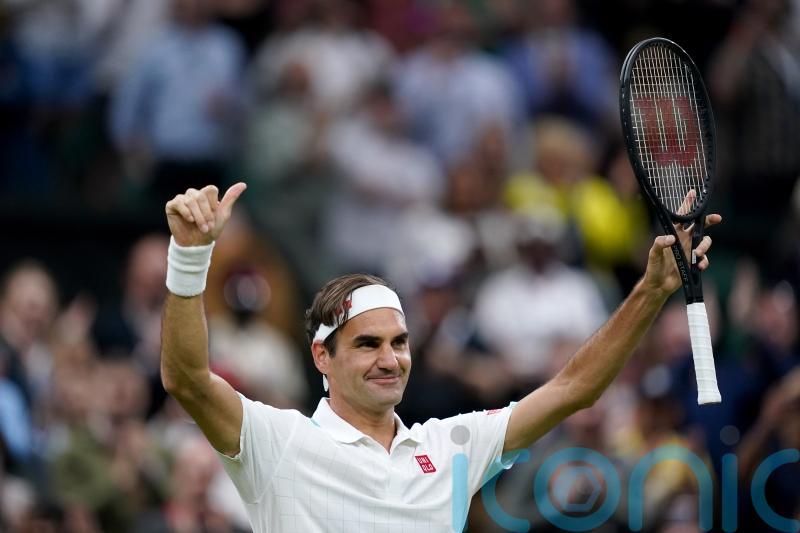 Roger Federer has announced the “bittersweet” decision to bring his professional tennis career to a close.

The 20-time grand slam champion has been struggling with a knee problem for the last three years and, aged 41, has accepted defeat in his bid for one last hurrah.

Federer will play in next week’s Laver Cup in London, the Ryder Cup-style competition that was his brainchild, but will then leave the professional game.

He made the announcement via a letter posted on social media, which began: “To my tennis family and beyond. Of all the gifts that tennis has given me over the years, the greatest, without a doubt, has been the people I’ve met along the way: my friends, my competitors, and most of all the fans who give the sport its life. Today, I want to share some news with all of you.

“As many of you know, the past three years have presented me with challenges in the form of injuries and surgeries. I’ve worked hard to return to full competitive form.

“But I also know my body’s capacities and limits, and its message to me lately has been clear. I am 41 years old. I have played more than 1,500 matches over 24 years. Tennis has treated me more generously than I ever would have dreamt, and now I must recognise when it is time to end my competitive career.

“The Laver Cup next week in London will be my final ATP event. I will play more tennis in the future, of course, but just not in Grand Slams or on the tour.”

Federer has not played a competitive match since losing to Hubert Hurkacz in last year’s Wimbledon quarter-finals.

He subsequently announced he needed further knee surgery, having previously undergone two operations in 2020 that kept him out for more than a year.

The Swiss had targeted a full return following the last operation but it became increasingly clear that his rehabilitation was not going as well as he hoped.

Federer’s grand slam record has now been surpassed by both his great rival Rafael Nadal and Novak Djokovic but many, especially the fans he brought to the sport, consider him the best of all time.

Federer continued: “This is a bittersweet decision, because I will miss everything the tour has given me. But, at the same time, there is so much to celebrate.

“I consider myself one of the most fortunate people on Earth. I was given a special talent to play tennis, and I did it at a level that I never imagined, for much longer than I ever thought possible.”

A prodigious junior, the Swiss won his first grand-slam title at Wimbledon in 2003 and his last at the Australian Open four years ago in an unexpected three-slam swansong.

His remaining records include the most consecutive weeks at world number one with 237 and a run of 23 grand slam semi-finals in a row as well as his eight Wimbledon titles.

He thanked his family for their support, especially wife Mirka, a near constant presence by his side during his career, and their four children. 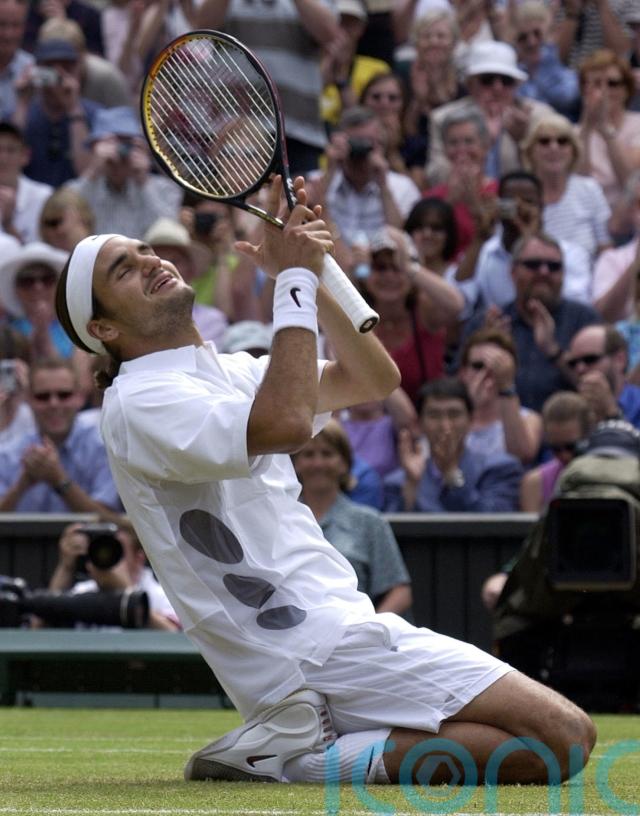 Federer’s retirement, coming less than a fortnight after Serena Williams was given an emotional send-off at the US Open, is another indication that this momentous era in tennis is drawing to a close.

He continued: “I was lucky enough to play so many epic matches that I will never forget.

“We battled fairly, with passion and intensity, and I always tried my best to respect the history of the game. I feel extremely grateful. We pushed each other, and together we took tennis to new levels.

“Above all I must offer a special thank you to my unbelievable fans. You will never know how much strength and belief you have given me.

“The inspiring feeling of walking into full stadiums and arenas has been one of the huge thrills in my life. Without you, those successes would have felt lonely, rather than filled with joy and energy.

“The last 24 years on tour have been an incredible adventure. While it sometimes feels like it went by in 24 hours, it has also been so deep and magical that it seems as if I’ve already lived a full lifetime.”

Concluding his letter, Federer wrote: “When my love of tennis started, I was a ball kid in my hometown of Basel. I used to watch the players with a sense of wonder.

“They were like giants to me and I began to dream. My dreams led me to work harder and I started to believe in myself. Some success brought me confidence and I was on my way to the most amazing journey that has led to this day.

“So, I want to thank you all from the bottom of my heart, to everyone around the world who has helped make the dreams of a young Swiss ball kid come true. Finally, to the game of tennis: I love you and will never leave you.”

Federer’s influence on tennis will remain through the Laver Cup and the management agency he shares with long-time agent Tony Godsick, while it remains to be seen what else he will do in his retirement.

Tributes quickly began pouring in, led by Nadal, who wrote on social media: “Dear Roger, my friend and rival. I wish this day would have never come. It’s a sad day for me personally and for sports around the world.

“It’s been a pleasure but also an honour and privilege to share all these years with you, living so many amazing moments on and off the court.

“We will have many more moments to share together in the future, there are still lots of things to do together, we know that. For now, I truly wish you all the happiness with your wife, Mirka, your kids, your family and enjoy what’s ahead of you. I’ll see you in London @LaverCup.”

Wimbledon Tweeted: “Roger, Where do we begin? It’s been a privilege to witness your journey and see you become a champion in every sense of the word. We will so miss the sight of you gracing our courts, but all we can say for now is thank you, for the memories and joy you have given to so many.”

Rod Laver wrote on Twitter: “Thank you for everything Roger. See you soon,” while Billie Jean King said: “Roger Federer is a champion’s champion.”

Martina Navratilova added: “What a heartfelt message, full of love, life, hope, passion and gratitude. Which is exactly how Roger played the game we love so much. Thank you thank you thank you, for all the magic!!!”