Saving lives on our waters: Lough Derg RNLI welcomes a new man at the helm 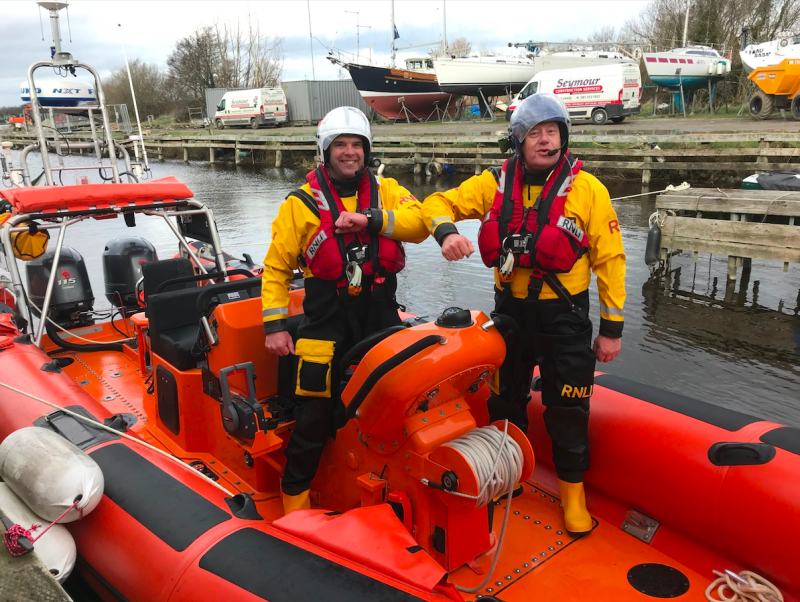 Following an assessment in theory on shore and an extensive assessment on the water, Steve Smyth was recently passed out as helm with Lough Derg RNLI by Assessor Mark Mitchell.

The achievement follows two years of hard work and dedication by Steve.

Steve became a volunteer with Lough Derg RNLI in 2018.

He was inspired to join the crew by his own rescue in 2010 by the RNLI which made him want to give something back to the charity.

Having friends who were already volunteers with the RNLI including his brother-in-law Owen, a senior helm at Lough Derg RNLI, he had good insight into what was required to train as a crew with the lifeboat.

Steve’s helm training programme began in 2020, just as safeguarding restrictions and lockdowns were being imposed as a consequence of the pandemic.

Undaunted, Steve persisted with his programme through the online classes provided by the RNLI, and, in the periods out of lockdown, by training on the water with crew and with Helena Duggan, the station’s assessor trainer, something which was a testament to Steve’s commitment and dedication.

An experienced diver, Steve joined Lough Derg Sub Aqua Club as a trainee diver in 2006 and in 2014 became a diver instructor. In 2016 he qualified as a diver examiner.

Steve also had responsibility as the regional dive officer for the South West region from 2016 to 2018. He dives mostly in the west and south coasts of Ireland but has also dived with teams in Spain, Malta, France, Mauritius and Florida.

When asked about becoming a RNLI lifeboat helm, Steve said: “I do believe it’s not just me who has achieved this but the entire station at Lough Derg RNLI, from the helms, crew, fundraisers, operations team, medical, training, health and safety and mechanic.”

Steve put it all down to a team effort, saying they can’t go afloat without the support, time and effort of each other.

“I want to thank our assessor trainer Helena Duggan for all her advice and guidance; Mark Mitchell who carried out the pass out; Eleanor and Chris, my excellent crew on the day and Cathy, the on-duty deputy launching authority,” he said.

Steve says he will now endeavour to maintain the high standards and professionalism shown by the helms and crew at the station.

“When the call comes to help, I have faith that my training and experience will enable me to make the correct decisions day or night,” he said.

“As all RNLI volunteers are aware, it is the understanding from our families that enables us to fulfil our roles, and I want to say a huge thanks for the support and encouragement from my wife, Clodagh,and my two boys, Cathal and Darragh.”