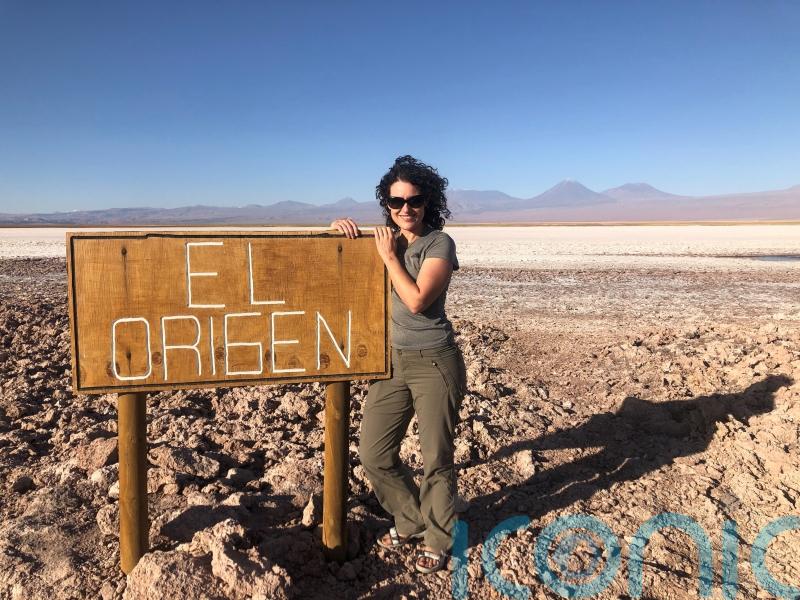 A blinding-white plateau marbled with rust-red rivers and fringed by volcanoes pointier than a newly sharpened pencil, Laguna Tebenquiche could easily pass for the beginning of time.

In fact, it’s been scientifically proven.

In 2019, this section of the world’s third largest salt flat was placed under protection due to the existence of extremophiles – the hardy micro-organisms whose metabolic activity introduced oxygen into our planet 3,800 million years ago. (These rare ecosystems can only be found in Australia, Mexico and the highlands of Argentina.)

Crunching through crystalline pathways where these ‘living rocks’ still thrive, I struggle to cast my mind that far back; it’s an infinity beyond the comprehension of our tiny brains, where everything has a beginning and an end.

Yet, it’s all plausible in this other-worldly environment of extra-terrestrial landscapes and night skies so clear, telescopes can reveal stars that lived and died long before humans heaved their first breaths. 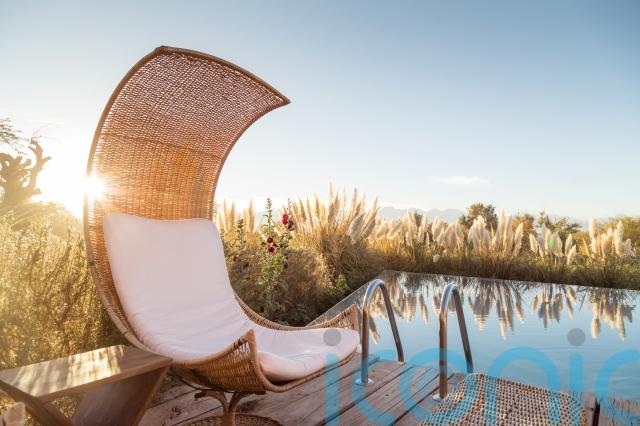 Over the last few decades, the Atacama Desert has become one of Chile’s premiere tourist attractions. But popularity has brought with it an alien invasion of a different sort. Pre-pandemic, bucket-list big-hitters such as the steaming Tatio geysers and fantastical Moon Valley were besieged by up to 1,000 tourists per days, forcing indigenous communities to abruptly shut down sites on their ancestral lands.

Covid, of course, resulted in extended closures, permitting an unexpected period of reflection, which has led many alyllus (family clans) to question whether they really want tourists again.

South of Tebenquiche, the Chaxa lagoon, an important breeding ground for flamingos, has been off limits for three years, and there are no signs of it reopening. Prior to my arrival, activities in the Moon Valley resumed only to cease three days later, due to a surge of Omicron cases.

On the plus side, the operators and hoteliers who cluster around manmade tourist town San Pedro have been busy scouting new sites and finding alternative ways to visit old favourites. In many ways, Covid could have been the catalyst to save this place. 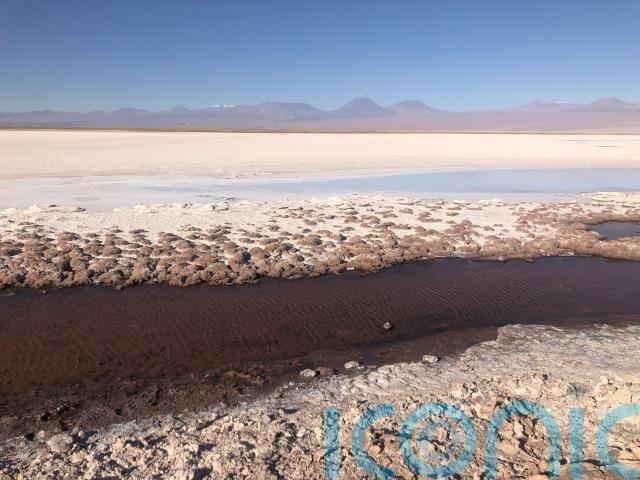 A 990-mile strip of land in northern Chile, sandwiched between the Andes and the Pacific Ocean, Atacama is the driest non-polar desert in the world, encompassing three mountain ranges and formed more than 150 million years ago. Stretching along borders with Bolivia and Argentina, snow-capped volcanoes soar like rocket noses into the sky.

One of the most iconic, Licancabur, can be viewed in full glory from the restaurant decking of Tierra Atacama Lodge & Spa, on the dusty outskirts of San Pedro. Built around an historic livestock corral, rooms constructed from adobe mud bricks are tucked behind sunflower-yellow gates, bushes heavy with overripe pomegranates, bursting open to reveal their ruby jewels.

The property’s spa, featuring both indoor and outdoor pools, is a highlight – but it’s the menu of activities led by skilled guides that’s brought me here. 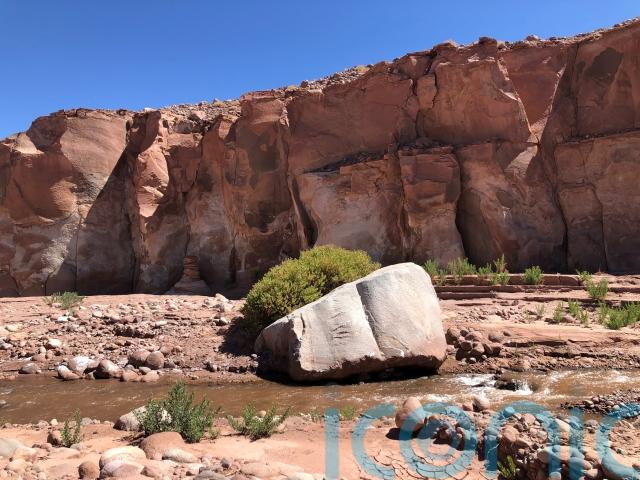 Although the hotel closed during Covid, hiking enthusiast Cecile chose to remain in San Pedro. “We survived by bartering,” she tells me proudly, as we set off for an excursion. “We learned how to grow onions and corn like people did in the past.”

With no tourists in town, she and her friends spent their time looking for new walking routes and areas to explore, even unearthing a petroglyph not documented “in the books”.

Another great discovery during that period was an adventurous hike through Rio Salado in the north of the Salt Mountain range, now offered as an activity to Tierra’s guests.

Weaving through a steep-walled canyon, we wade knee-deep into an icy river so salty it leaves my legs glistening with crystals. I stop to nibble the briny leaves of cachiyuyo plants (sprinkled as a condiment on salads), run my hands over fronds of pampas grass as fluffy as fox tails, and admire a flock of mountain parakeets fluttering above me like pieces of emerald confetti.

The greatest beauty of all? We’re alone. Aside from the hoof marks of wild donkeys, ours are the only footprints in the terracotta sand. 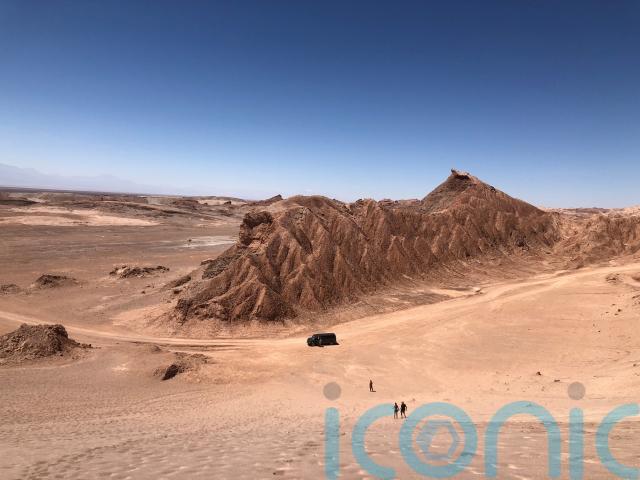 Open to everyone without ticketed entry, Rio Salado is one of the few sites outside community land. Another is Vallecito, also part of the famous Salt Mountain range and often sold as an alternative to the Moon Valley.

“It’s much better,” insists our guide, Christian, listing the ‘little valley’s’ winning features. “The crystal formations are more impressive, it has the biggest sand dune in the area, and it’s free.”

At sunrise, tiny blades of selenite twinkle in the rocks, electrifying the landscape. As temperatures rise, a mountain of salt starts to sing as crystals expand and contract: a discordant dawn chorus mimicking the patter of heavy summer raindrops on a hot tin roof.

The abandoned shell of a bus, affectionately known as La Micro, tells the story of Vallecito’s recent past: once used to transport salt miners, it became a makeshift bar during full moon parties, and now serves as fodder for Instagram posts. 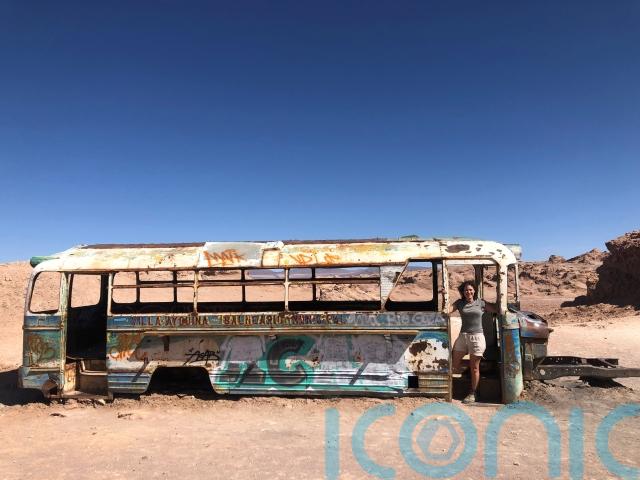 Covid restrictions make it much harder to interact with Atacamenos. But even before the pandemic, little was known about the heritage of original landowners. Disarrayed by Incan and Spanish conquests, the history of human habitation is hazy.

A good starting point is the Devil’s Gorge, a small canyon close to San Pedro. In the 16th century, the conquistadors fought their first battle with the Atacamenos close by, while rock paintings of local llamas and alligators from far off lands were etched by nomadic traders up to 5,000 years ago.

A labyrinth of pathways carved by wind and rain, it’s a popular site for mountain biking and hikes. In the past, Tierra was able to take guests on full moon walks, when the gypsum-flecked cliffs would glow brighter than the night’s stars. For now, the community-managed site is only open in daylight hours – but it’s still one of Atacama’s lesser-known attractions. 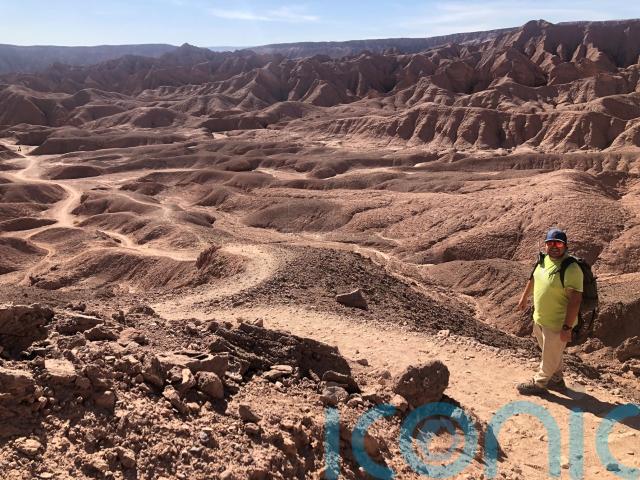 Not every off-the-beaten track adventure is a big secret, I discover. In some cases, it’s simply the sheer difficulty of access that keeps crowds away.

Although regularly climbed by guests at Tierra, teetering 5,604 metres above sea level, extinct volcano Cerro Toco isn’t for everyone. Higher than Mont Blanc, it’s only a fraction lower than Kilimanjaro – but can (theoretically) be scaled in less than an hour.

Driving towards the 5,100-metre trailhead, we pass through plateaus of coiron grass in acidic lemon and lime hues. This high up, there are still patches of snow – even in the heat of summer – and sulphur-tinged icicles desperately clinging to rocks. 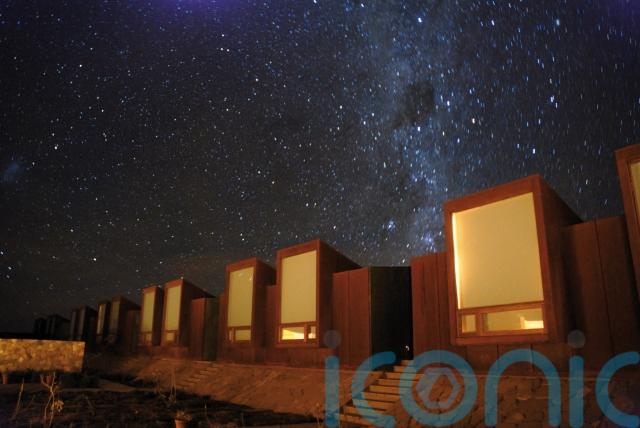 Plodding slowly skyward, my words start to slur as the air thins and the effects of altitude take hold.

By the time I reach the summit, with 360-degree views of spearmint lagoons, volcanic cones and horizons that peak and trough like a tormented ocean, I’m no longer sure whether it’s the views or a lack of oxygen that’s making me giddy.

Where are those extremophiles when I need them?

In the distance, I can see the Atacama Cosmology Telescope, one of the highest permanent devices of its kind in the world, and the remains of a disbanded sulphur mine – both reminders tourism isn’t the only economic interest in Atacama.

Chile is currently the world’s largest producer of lithium, a chemical element used in rechargeable batteries and in increasing demand as the world shifts from fossil fuels to renewable energy. One of the greatest reserves lies below Atacama’s salt flats, and it’s rumoured the closure of community-owned sites to tourism could be a result of growing pressure from mining companies whose promises of financial rewards are too difficult to resist. 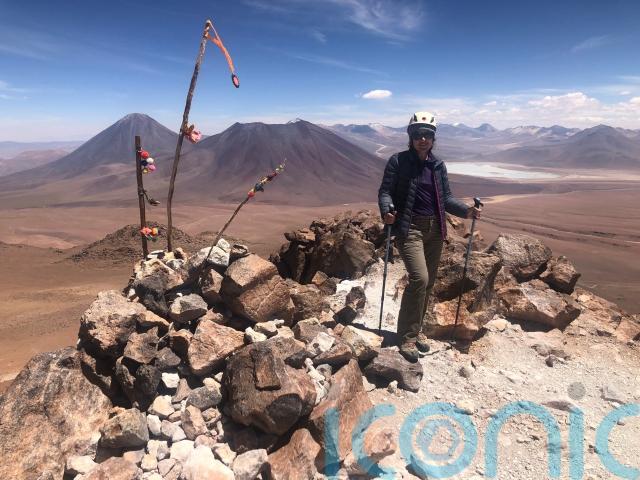 Whether true or not, the mere threat provides another strong incentive for tourists to return.

If numbers can be carefully managed and the land treated respectfully, there’s no reason why the Atacama Desert shouldn’t remain a unique window into a world that’s much bigger and bolder than us.